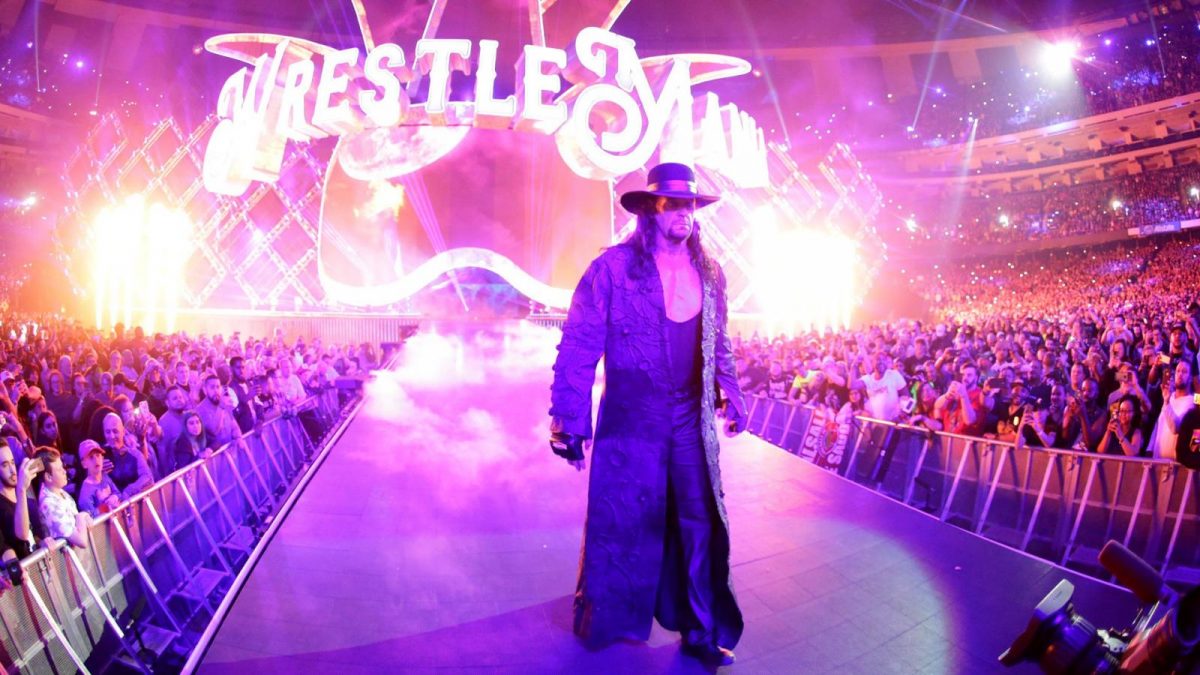 Vicente Beltran held a recent interview with The Undertaker and one of the topics discussed included Undertaker’s thoughts on what he wants fans to remember the most about his wrestling career and legacy.

“I’d want to be remembered as someone who loved this business and gave everything that they had, not only to do well while I was there but to move the business forward. I wanna be remembered as somebody that was always willing to help somebody who wanted to get better, and those are the things that are most important to me is being able to go out there and know that my fans were gonna get what they paid to see. I never mailed it in, I always went there no matter how bad that I felt, whatever physical condition I was in, I gave ‘em everything that I had, because I always looked at it as, ‘They’re paying their hard earned money to come and see me. I gotta give them what I have,’ and hopefully they know that and appreciate that and then on the professional side of it, always trying to pay it forward and help the next guy along to kind of miss some of the bumps that I had to take and some of the lumps and the learning process. Those I think are the most important things I want to be remembered for.”

Cynopsis Media held a recent interview with WWE Executive Producer & Head of Global Television Distribution Kevin Dunn. One of the topics discussed included his thoughts on the creation of WWE’s ThunderDome and its influence on WWE’s future television production plans.

“I think the biggest challenge was just trying to reimagine our weekly flagship programming with a new technology that, we believe, has never been implemented before at this scale. Everything had to be reassessed as we were planning to launch ThunderDome. In testing, traditional camera shots were making the virtual fans look flat. Our entire lighting and production design had to be reimagined from the ground up.

We have a great team that had to reinvent themselves, and their day to day responsibilities, in order to come up with something as innovative as WWE ThunderDome …

If you asked me a year ago, I’d have said there is nothing we haven’t done from a production standpoint, but during this process, we’ve learned a lot and innovated in so many ways that I’d say anything is possible. Our goal is always to create the best possible experience for our fans. So, we are exploring a number of ideas and new shooting techniques, and in a post pandemic world I would expect to see our live shows draw heavily from our ThunderDome learnings.”

NXT and developmental talent Brandi Lauren reportedly was recently given a ring name change by WWE, according to PWInsider.

Mike Johnson reported that Lauren will be going by the new ring name of Skyler Storey going forward in the company.

Prior to signing an official deal with WWE last month, Lauren mainly worked for EVOLVE and all-women’s promotion SHINE Wrestling in the indies.