Goldberg Says Roman Reigns Is “Next” 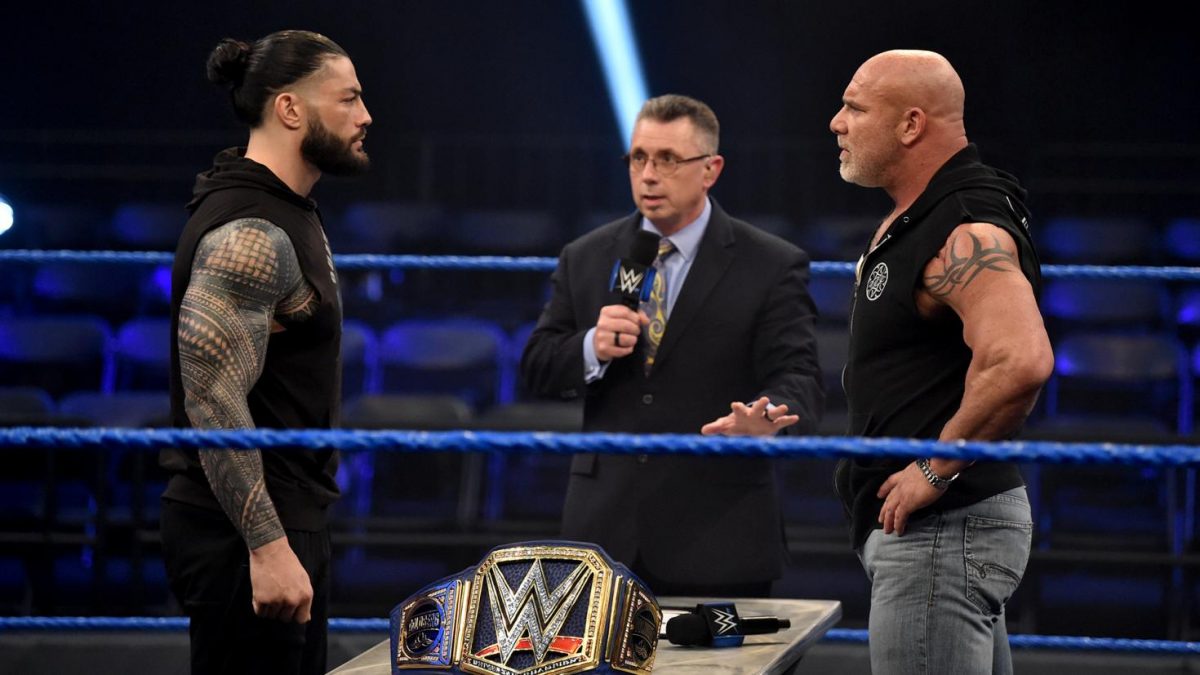 Goldberg was interviewed on WWE’s “The Bump” earlier today and hyped up a future match against Roman Reigns.

When asked if he had “unfinished business” with Reigns, Goldberg said, “He backed out on me at WrestleMania, he stole my move God knows how long ago and he continues to perform it at sub par level. Let’s be honest. I’m the dude that delivers the spear and I don’t think that he understands what it’s like until I deliver one to him. So Roman, it’s coming, and I’m coming for you. I may be old, I may be gray, but I’m still Goldberg. Who’s next? Roman’s next.”

“WHO’S NEXT? @WWERomanReigns is NEXT!”

Did we just get some BREAKING NEWS on #WWETheBump?!@HeymanHustle pic.twitter.com/XO6VFQkZnH

Goldberg was supposed to face Reigns for the Universal Championship at WrestleMania 36 in April, but Reigns pulled out of the match because of the coronavirus, for health reasons and because of his recently born twins.

Goldberg is under contract with WWE for two matches per year until 2023. It looks like his next match will be against Reigns.