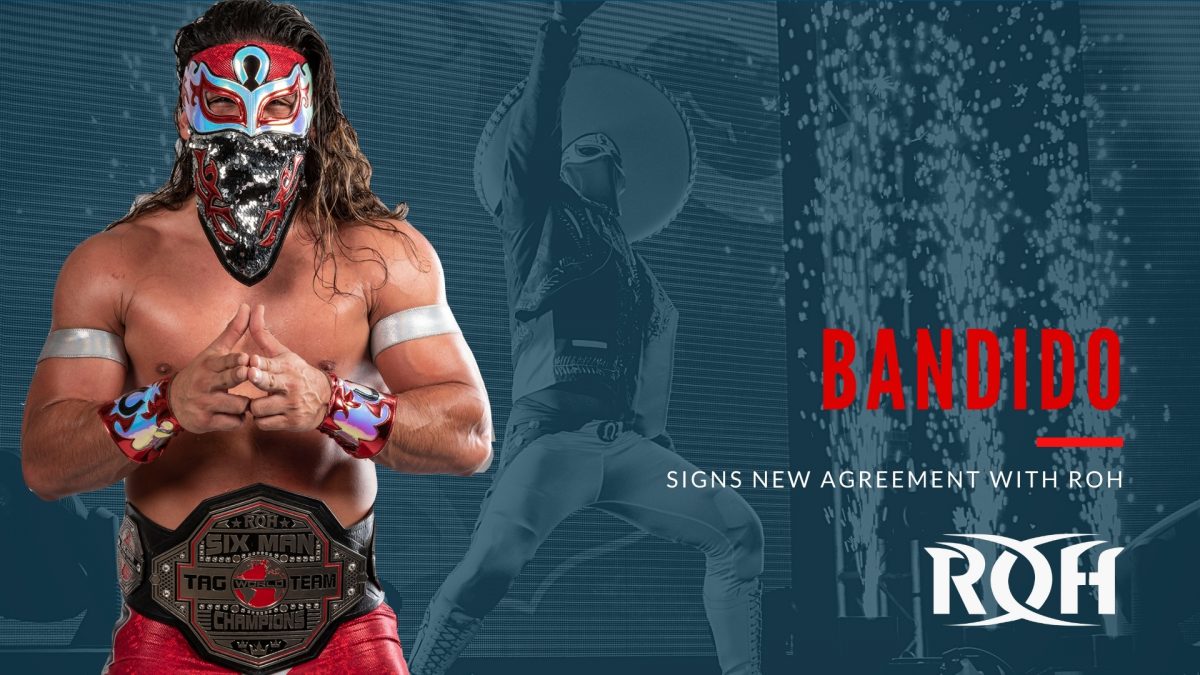 Ring of Honor announced that they have signed Bandido to a new contract.

Ring of Honor is pleased to announce that international star Bandido has re-signed with the company.

The announcement comes on the heels of UK star Mark Haskins signing a new contract to remain with ROH. The signings exemplify the company’s commitment to securing the best wrestlers on the planet.

One of the most innovative and electrifying competitors in professional wrestling, Bandido has been with ROH since December 2018, when the sensational luchador was among the hottest free agents in the industry.

Currently a co-holder of the ROH World Six-Man Tag Team Title with Flamita and Rey Horus, Bandido has not competed in ROH since February due to travel restrictions caused by the pandemic.

Before coming to ROH, Bandido competed extensively in his native Mexico as well as Japan, the UK and Australia.

He first signed with ROH in December of 2018, during a period where he was also reportedly highly sought-after by both AEW and WWE.