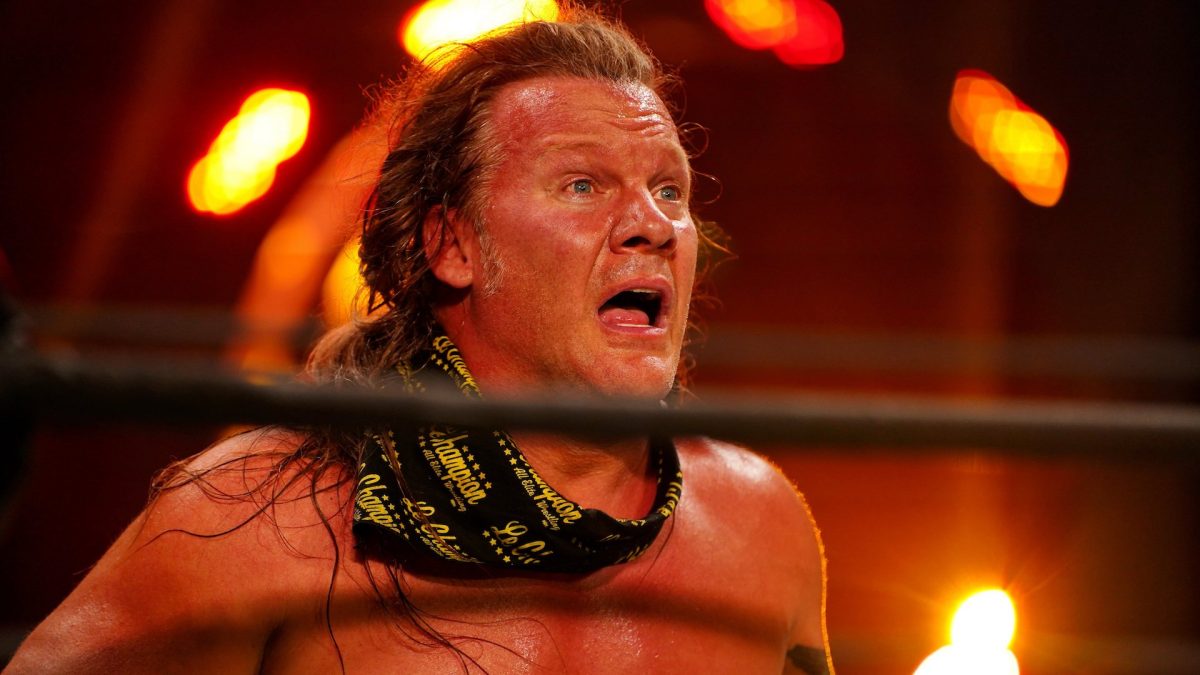 During a recent episode of the Talk Is Jericho podcast, Chris Jericho revealed that he had tested positive for COVID-19 in “maybe” September of last year. Jericho stated that he did not have any symptoms of the coronavirus but decided to take a test anyways which came back positive.

“I haven’t told anybody this, but I tested positive in maybe September. I had zero symptoms. I had my ten days in isolation and stayed away from everybody. I didn’t have a symptom. I didn’t even know that I had it. I went and got a test, just in general, and it said I was positive. I was like, ‘Really? Are you serious?’ I had nothing. I didn’t have a headache, I didn’t have a cough, which is a lucky thing, but on top of that, once I did have it — and it wasn’t a false positive, because I took three different tests and they were all positive — but now, I have the antibodies.”

While Jericho was active during the month of September for AEW, he did state that he was in quarantine for around ten days during that month.

Dave Meltzer reported in the Wrestling Observer forums that Jericho was in isolation from around September 12th to September 20th.

This year’s tournament will take place from March 5th to March 21st and more details regarding the tournament’s schedule and field of competitors will be officially announced at a later date.

It’s the biggest single elimination tournament of the NJPW calendar, and after 2020 saw New Japan Cup pushed to the summer, 2021 sees the tournament return to its spring slot. Just one day after NJPW celebrates its 49th anniversary in the fabled Budokan Hall, action will begin in Korakuen Hall on Friday March 5, before we head to Ota-ku on March 6, and then around the country, with events culminating on March 20 and 21. These final matches will see New Japan Pro-Wrestling action hit Miyagi’s Xebio Arena Sendai for the very first time!

A.J. Kirsch announced on Twitter that his contract with Major League Wrestling expired at the end of 2020 and he is currently a free agent.

MLW’s “Filthy Island” themed episode of MLW Fusion is currently scheduled to air on February 17th, according to PWInsider.

Jeff Jarrett’s lawsuit against Anthem Entertainment regarding the legal rights over the Global Force Wrestling tape library reportedly was settled out of court on January 8th, according to PWInsider. Mike Johnson reported that the terms of the settlement were not disclosed.

A recent episode of the Wrestling Perspective podcast had Kurt Angle as the guest and one of the topics discussed included Angle revealing that a documentary based on him is currently in development that might turn into a movie instead.

“We have a documentary that’s being made right now and someone is interested in turning it into a movie so it’s probably gonna happen.”

Mick Foley recently provided an update on Twitter regarding his current health status following his bout with COVID-19 last month. Foley stated that he is feeling “not too bad – but I get fatigued very easily, and my head still feels a little cloudy.”

CNBC recently reported that one of the groups responsible for organizing the Pro-Trump mob insurrection at the United States Capitol on January 6th had received a donation in 2019 from the America First Policies Super PAC, which is chaired by Linda McMahon. It was also reported that McMahon’s Super PAC was not involved in the planning of the rally that quickly escalated into a deadly insurrection.