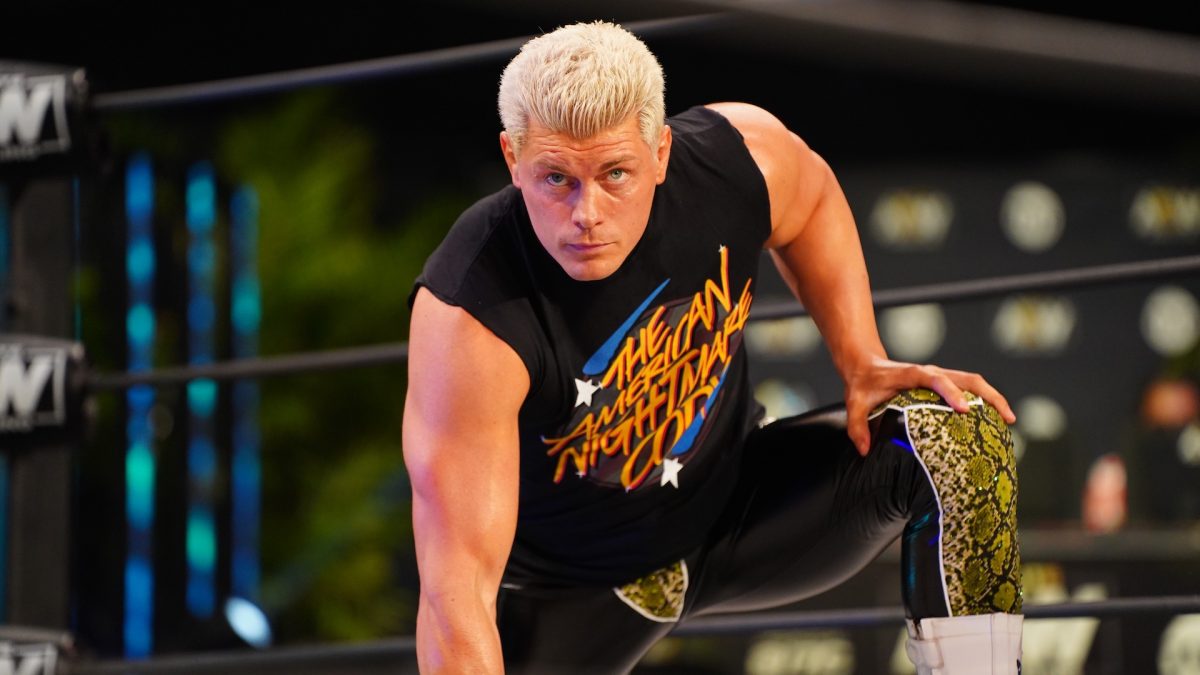 Cody Rhodes & Lee Johnson defeated Peter Avalon and Cezar Bononi and during commercials, Bononi hit Rhodes with a type of pumphandle / fallaway slam suplex. After commercials, AEW showed replays and Excalibur said that Cody appeared to have injured his shoulder. Cody continued to wrestle for the rest of the match, but appeared to be in pain, though he may have just been selling.

In a “Coach’s Corner” video with Arn Anderson posted after Dynamite, Anderson said, “Cody dinged his shoulder up pretty early on and it handicapped him for the last half of the match. He did fight through it.”

At the end of the video, there was text that said, “Following the recording of Coach’s Corner, it was confirmed by the AEW medical team that Cody Rhodes suffered a slight tear of his left rotator cuff during his tag team match on Dynamite. His current status is TBD.”

#CoachsCorner Arn (@TheArnShow) breaks down @BigShottyLee Johnson’s first win, and are we going see the next generation of the Anderson family soon?

Watch #AEWDynamite every Wednesday at 8/7c on @tntdrama pic.twitter.com/90v0brAaLk

Whether or not the injury is serious or legit remains to be seen. Rotator cuff injuries can take 4-6 months to recover from depending on the severity.

Cody is scheduled to team with Red Velvet against Shaq and Jade Cargill on the March 3 Dynamite.