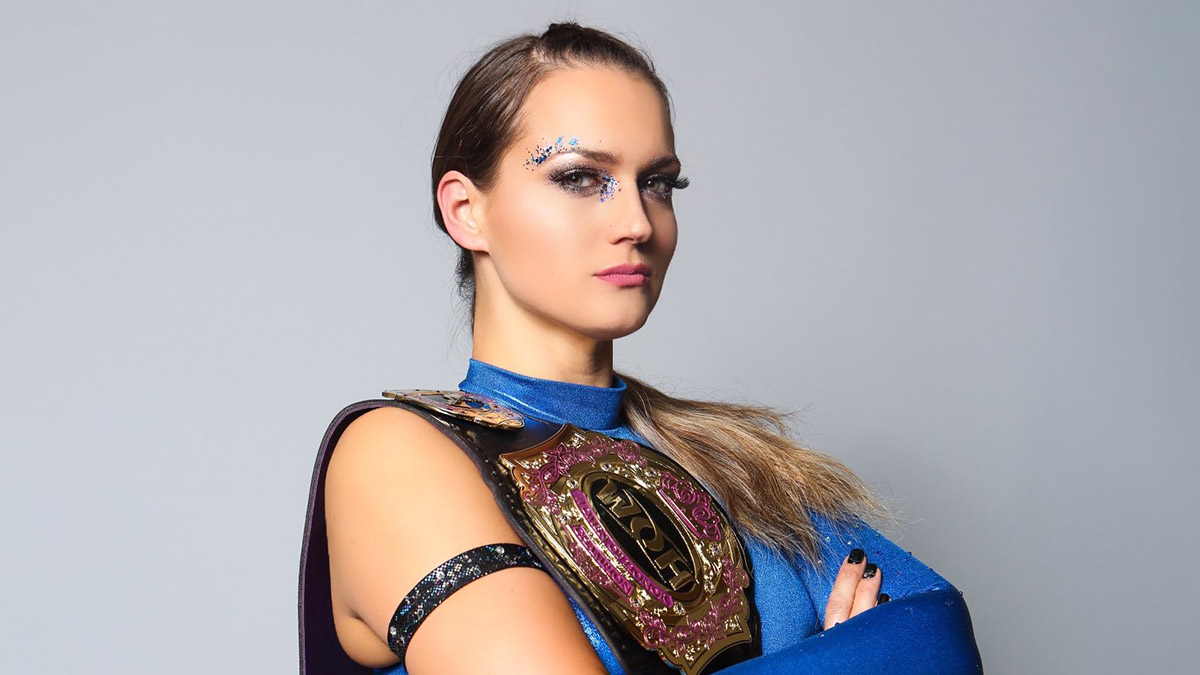 Former Ring of Honor talent Kelly Klein reportedly recently filed a lawsuit against Ring of Honor and its parent company Sinclair Broadcasting, according to HeelByNature.com.

It was reported that Klein filed the lawsuit on February 24th claiming that ROH breached the terms of her contract, owes her money in unpaid royalties, violated State and Federal Equal Pay Acts, committed acts of discrimination and sexual harassment against female talent, and provided an unsafe work environment.

The lawsuit alleges that Klein’s contract with the company was terminated due to her complaints regarding the disparate pay for the company’s female wrestlers, the lack of safety and medical protocols after she suffered a concussion in October 2019, and the sexual harassment being committed at the company.

Plaintiff alleges that the Defendants terminated her contract as of December 31, 2019, because of her complaints regarding the disparate pay for WHO female wrestlers, the lack of safety and medical protocols after Plaintiff suffered the concussion in October of 2019, and the sexual harassment at ROH.

In regards to her allegations of ROH providing an unsafe workplace environment, Klein alleges that ROH officials were negligent and committed illegal actions over the lack of medical personal at events following several injuries she suffered from 2016 to 2019. Klein claims that she spoke to ROH announcer Ian Riccaboni in December 2018 over her and other female wrestlers issues with working with unsafe women wrestlers in the company which were ignored by ROH’s head booker for their women’s division, Todd Sinclair.

On or about December 14, 2018, Klein had an in-person conversation with Ian Riccaboni, an announcer for ROH, advising him that many of the female wrestlers did not feel safe in the wrestling ring with women wrestlers who were reckless and not properly trained. Klein advised Riccaboni that ROH management did not take the safety of their performers seriously otherwise a lot of the female talent engaged by ROH would not be participating in matches. Riccaboni told Klein that he understood the concern but that Todd Sinclair, who was the main booker for female matches, really liked those reckless women wrestlers but that he would have a talk with him about it (note that in professional wrestling, the “booker” is the person who sets up the wrestling matches, the storylines and the predetermined endings to the wrestling matches).

On or about January 30, 2019, Klein had a conversation with Todd Sinclair in Baltimore, Maryland regarding Klein’s safety concerns, specifically female talent being forced to work in matches they felt unsafe in and with people they did not feel safe with. Todd Sinclair told Klein that it was the first he had heard about these issues despite Klein previously overhearing another performer complaining to Mr. Sinclair about certain wrestlers being reckless and unsafe. Mr. Sinclair further explained that the unsafe, reckless women were only booked for a few more dates and asked that Klein work through those dates and that in the future Klein and others would be asked ahead of time if they agreed to work with those problematic performers. Klein had a similar conversation following a March 15, 2019 match in Las Vegas with Todd Sinclair, Johnston, and other ROH agents wherein she was also injured but the conversation fell on deaf ears. Klein did not seek treatment for her injury in the match.

In regards to her allegations of sexual harassment being committed in the company, Klein’s lawsuit named Jay Lethal as the main perpetrator and Sinclair’s Human Resources department being complicit in the matter.

On or about January 13, 2017, while Klein was in a hot tub near the pool of a hotel where the wrestlers were staying the night before an event, Shipman approached Klein and, while leering at her in a way that made Klein uncomfortable, started harassing her by asking her questions about whether her boyfriend was there, if she was staying in the hotel alone and how long she would be at the hotel. Shipman’s behavior made Klein very uncomfortable.

On or about January 25, 2017, Klein received an email from ROH management advising her and the other wrestlers that Shipman would be the new agent assigned to work with the female wrestlers. One day later, Klein responded to the e-mail and explained that she had witnessed and experienced several situations with Shipman that made her uncomfortable to work with him. She advised ROH management that she was not willing to work with Shipman and requested that another agent be assigned to her matches. Klein went on to explain that she had not expressed this sooner for fear of backlash or retaliation.

In February of 2017, BJ Whitmer, another male wrestler signed to ROH, was informed by Shipman that Johnston informed Shipman that Klein had complained about him.

In regards to her allegations of pay discrimination being committed against ROH’s female talent, Klein’s lawsuit claims that the company purposely kept the pay of their female talent at a substantially lower level than their comparable male counterparts solely because they were female.

On or about December 17, 2018, Klein had email correspondence and a phone conversation with Gilliand regarding her salary. Specifically, after she saw the initial offer for $20,000.00 for 2019, she asked if it would be possible for her salary to be increased to $24,000.00. Gilliand rejected this because he stated that all female wrestlers in ROH were paid the same and that if he paid Klein more, then all of the other women wrestlers would have to be paid more. This salary was substantially below the salary that the male wrestlers were paid and the decision to pay the salary was based upon the fact that Klein was a female. Klein was asked to make more appearances, with no limit regarding the frequency of appearances, than the other female talent. Plaintiff learned that at least one male member of ROH talent was paid $184,000.00 and was afforded single-occupancy rooming.

On or about November 7, 2019, Klein met with Koff to discuss fair pay and sexual harassment. A human resources employee from Sinclair Broadcasting, Caitlin, was also present. Plaintiff advised Koff that the salaries for the female talent were not comparable to that of the male talent. Further, Klein complained about the sexual harassment by Shipman. Koff said he thought it had been resolved. Plaintiff told him it had not, but Plaintiff had just stopped talking about it because nothing had ever been done. Plaintiff had brought this up to HR in 2018 and that management had revealed her name to Shipman/Jay Lethal, even though there was no formal investigation, which created a hostile work environment for her. Koff stated that there was no documentation for the 2018 claim and that HR was only for employees and she was not an employee. When Klein asked for policies, Koff informed her that her contract was her “handbook.”

Klein is currently asking for $75,000 for various economic and emotional damages and legal costs.