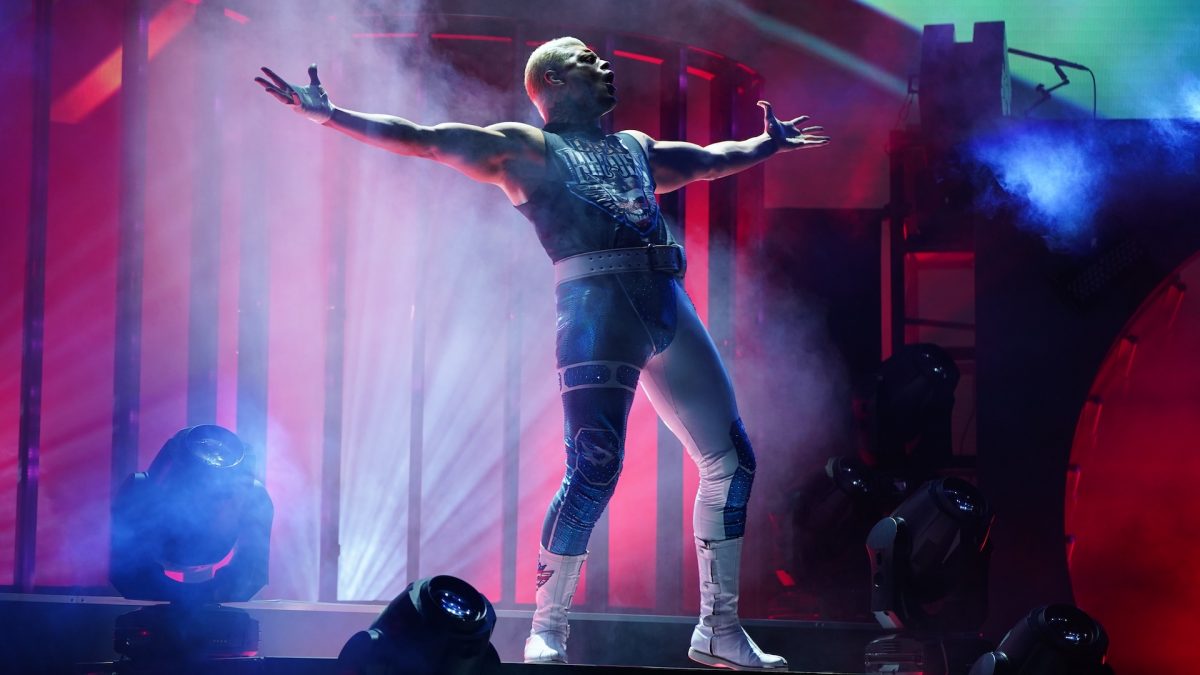 As noted before, AEW recently announced that Cody Rhodes suffered a partially torn rotator cuff during his tag team match on this past Wednesday’s episode of AEW Dynamite.

Dave Meltzer reported in this week’s Wrestling Observer Newsletter that Rhodes’ injury is legit and not a scripted injury for storyline purposes. Meltzer reported that Rhodes suffered the injury following a spot in the match where he landed awkward from a pump handle slam by Cezar Bononi.

Meltzer also reported that following the show, Rhodes stated that his injury is not serious although he will be rehabbing his shoulder starting at next week’s set of television tapings. AEW officials reportedly currently believe that Rhodes will be able to return for his intergender tag team match against Shaquille O’Neal & Jade Cargill on the March 3rd episode of AEW Dynamite.

New Japan Pro Wrestling recently announced the full cards for both nights of their upcoming Castle Attack event, which takes place on February 27-28 at the Osaka-jo Hall in Osaka, Japan.

AEW CEO Tony Khan recently announced that Lee Johnson has been signed to an official contract with the company.

A recent episode of the A Wrestling Gal podcast had ODB as the guest and one of the topics discussed included ODB revealing that her return to Impact Wrestling was not for the full-time and instead was only for a few matches. ODB stated “I’m not back full-time. It felt good. I went back and did a few matches that will be airing soon. I felt great. I spoke with Gail Kim, who is still there and agenting matches for the girls, and she was like, ‘Wow, you haven’t missed a step.’ That felt good because I hadn’t been in the ring for over a year and I wasn’t going to practice or anything … I wasn’t looking to go back to wrestling. It was always, ‘I’m ready if anyone calls me,’ but I wasn’t knocking on doors, so it was cool for them [to call me]. IMPACT has always been my home.” (Transcript h/t: Fightful.com)