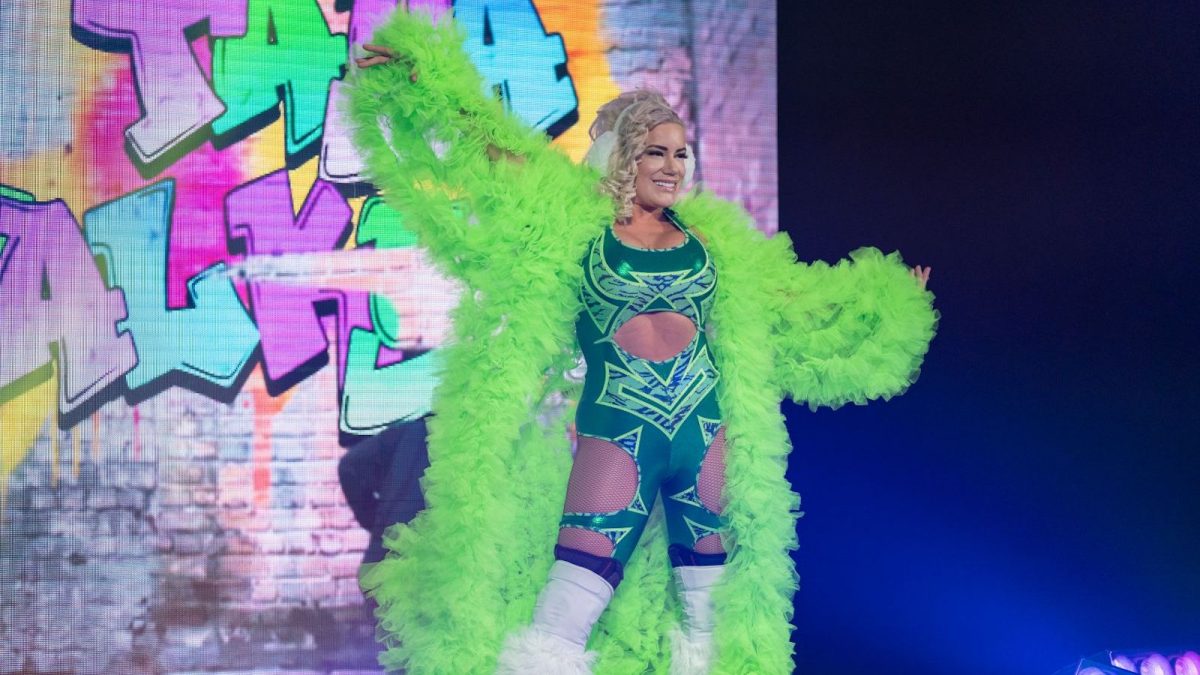 Taya Valkyrie Comments on Future of Her Wrestling Career

Highspots Wrestling Network held a recent interview with Taya Valkyrie. Some of the topics discussed included her thoughts on the future of her wrestling career and her time in Impact Wrestling.

On the topic of the future of her wrestling career and if she would like to sign with either WWE or AEW, Valkyrie stated:

“Well, I really enjoy both products. Obviously I’m a wrestling fan, always have been. There’s a lot of people that get into wrestling [that] are wrestling fans, surprise, and honestly, I don’t know what’s gonna happen next for me because as a lot of people don’t realize is that I have been signed for about eight and a half years from AAA into Lucha Underground into IMPACT and this is actually my first-ever time in my career as a free agent. So, it’s a really important time for me to really think about what’s important for me, for my family and make the best decision moving forward for my career. So, we will see. It will all play out, don’t worry.”

On the topic of her time in Impact Wrestling, Valkyrie stated:

“I mean, that was one of the most fun times of my career because all the women, the comradery that we have, all the guys, like everyone gets along and everyone’s having fun and everyone’s really there to make it work and make a product that’s authentic to us and those players that are in that roster, you know what I mean? So, everyone that’s backstage to like the writers, they are so trusting in us to — like they don’t tell me, ‘Well Taya, say this.’ It’s like, ‘This is the message that we need you to do but say it however Taya would say it.’ Like they really trusted us and it creates, gives us all the opportunity to grow so much more creatively I think and they trust us to make the right decisions for who we are because nobody knows Taya more than I do and I really am thankful that I worked for a company like that and especially during that time when I was coming off this really long stint in Mexico and heavily influenced with Lucha Libre, to kind of get more accustomed to the American style and how that works. So yeah.”

A recent episode of The Angle podcast had current NWA Worlds Heavyweight Champion Nick Aldis as the guest. One of the topics discussed included NWA’s current plans to resume running events.

“I tend to try to avoid vague promises because I’ve seen too many times people go down that road and ultimately, it never meets expectations. Instead of saying, ‘I think you’ll see NWA Powerrr return at this point.’ I think you will see an announcement as to the future and return of NWA content within the next month or two. Obviously, I’m more deeply involved than most, but I’m not an owner. I’m confident that by the spring, you’ll know when and where you can see the NWA again. I’m very ready and so are the NWA wrestlers. We’re ready to come back and deliver.”

Ring of Honor announced that Jonathan Gresham has recently signed a new contract with the company.

During a recent interview with sports website Outkick.com, Renee Paquette revealed that her Oral Sessions with Renee Paquette podcast series will be moving over to Colin Cowherd’s new podcast network called The Volume.

Jay White made his return to New Japan Pro Wrestling during their Road to The New Beginning in Hiroshima 2021 event this past Monday in Tokyo, Japan. Prior to his return, White had been rumored to be potentially leaving the company due to the uncertain status of his contract with them.

IndependentWrestling.TV announced that they have recently signed a deal with Pluto TV for a new wrestling channel on the streaming service.