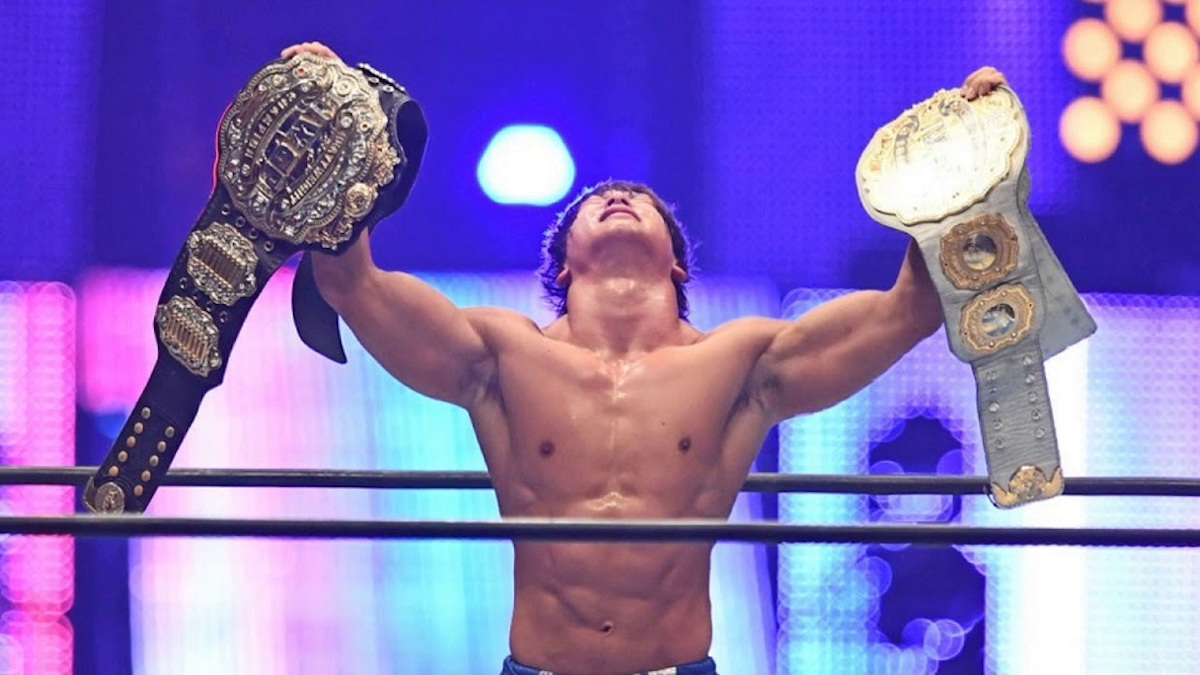 NJPW will soon unify the IWGP Heavyweight Championship and IWGP Intercontinental Championship into a single new title, according to a report by Tokyo Sports.

NJPW Chairman Naoki Sugabayashi confirmed to Tokyo Sports that the new unified title will be called the “IWGP World Heavyweight Championship” and that current double champion Kota Ibushi “will be recognized as the first champion.”

The official announcement is expected to be made at a press conference on March 1, and the first defense will be against the winner of the New Japan Cup, which starts on March 5.

Current IWGP Heavyweight and Intercontinental Champion Kota Ibushi has been pushing for the titles to be unified since shortly after winning them from Tetsuya Naito at Wrestle Kingdom 15 on January 4.