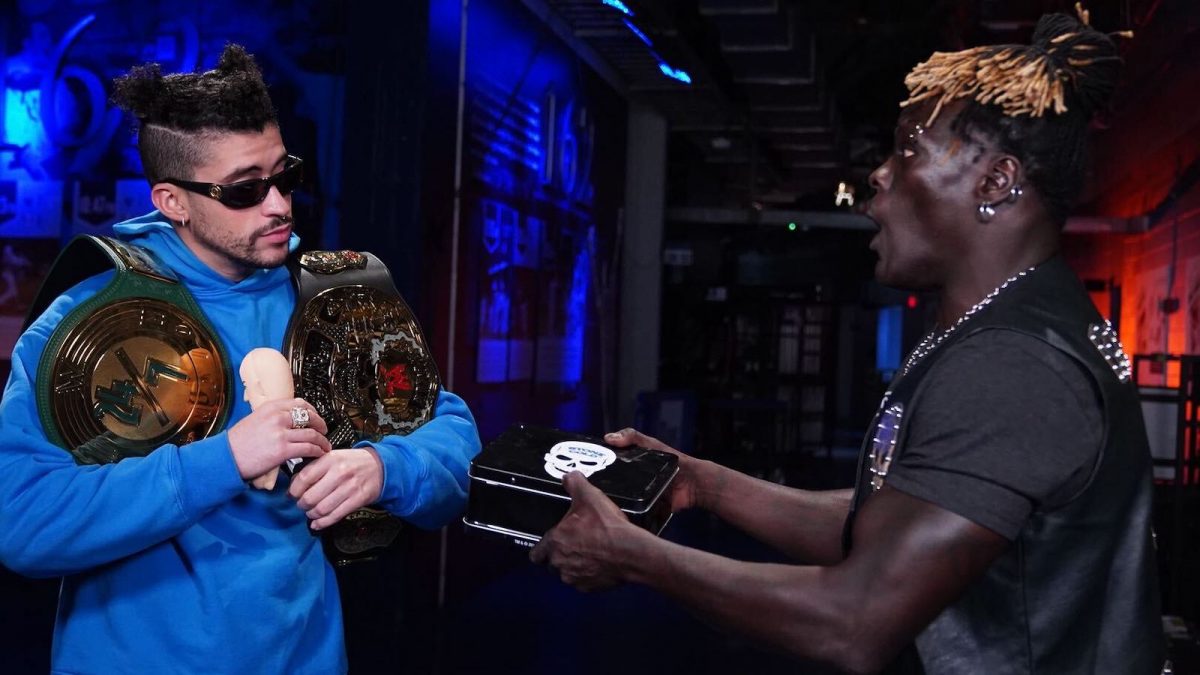 R-Truth is the 24/7 Champion again after Bad Bunny gave him the title tonight on Raw.

Backstage, R-Truth tried to sneak up on Bad Bunny, but was spotted by Damian Priest. Truth said he came bearing gifts and gave Bad Bunny some Stone Cold Steve Austin merchandise that he was wearing (because he thought the day was 3/16).

Bunny said that he respects R-Truth and he deserves the 24/7 title more than him, so he handed it to him and said he’ll keep the Stone Cold Championship belt instead.

Bad Bunny won the title from Akira Tozawa on the February 15 Raw.

WrestleMania 37 tickets were originally scheduled to go on sale today (Tuesday), but WWE said today that the ticket on-sale date has been delayed.

“WrestleMania on-sale will be moved as plans for the two-night event are still being finalized. We expect a new on-sale date within the next week,” they said in a tweet.

It’s unclear why exactly the date has been moved.

#WrestleMania on-sale will be moved as plans for the two-night event are still being finalized. We expect a new on-sale date within the next week. pic.twitter.com/mIwQFxWpN3

Andrade, who requested his release from WWE but was denied last Monday, was not backstage at Raw tonight, according to PWInsider.

Charlotte Flair will star in an upcoming TV-movie remake of the 1973 movie Walking Tall, according to Deadline.

The two hour movie will air on USA Network at some point.

As of now, the movie’s script has been sold to USA and Charlotte is attached in the starring role. Deadline says that there’s “hope of future installments or an ongoing series.”

Charlotte will play “a Tucson cop who finds herself caught in a web of fraud, exploitation and murder, and is forced to go full vigilante to protect her home town from falling victim to modern corruption,” Deadline says.

The Rock also previously starred in a 2004 movie remake of Walking Tall.