Main Event and Opening Match for Night 1 of WrestleMania Confirmed 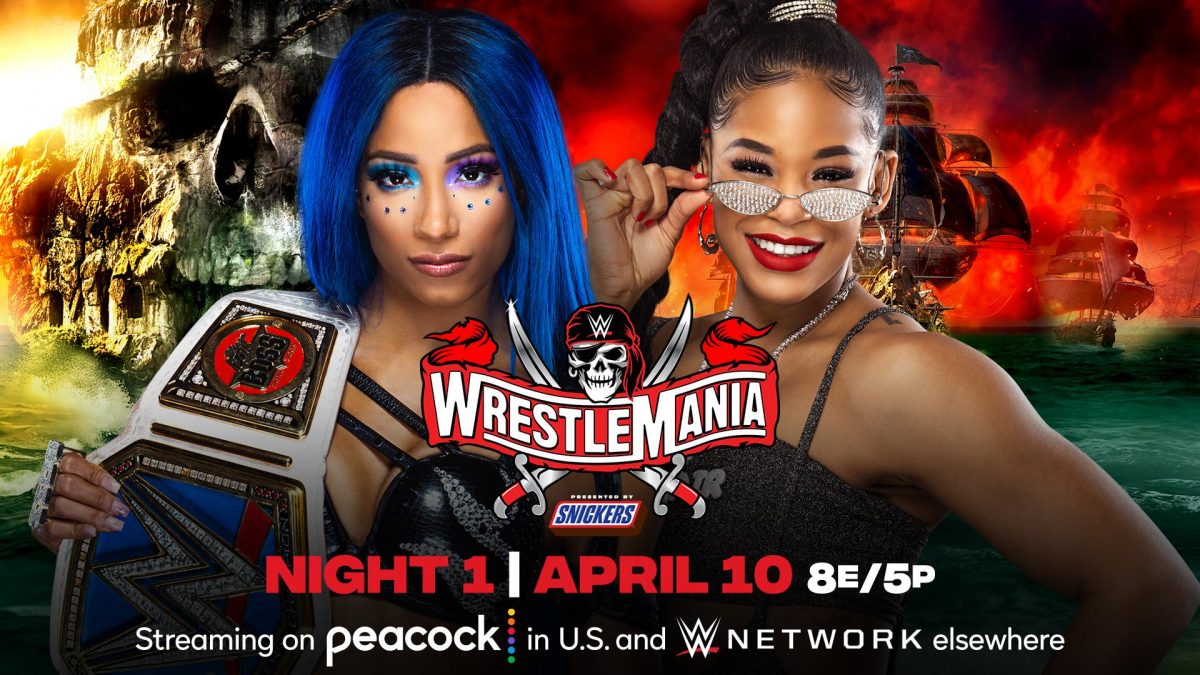 Sasha Banks vs. Bianca Belair for the SmackDown Women’s Championship will be the main event for night one of WrestleMania tomorrow.

Stephanie McMahon confirmed this during an interview with The Bill Simmons Podcast that was released today.

“But you can’t discount our women as well. You’ve got Sasha Banks, and Bianca is newer, but they’re gonna be headlining night one of WrestleMania,” she said while talking about who she thinks WWE’s biggest stars are. “That’s gonna be pretty special and spectacular.”

WWE also confirmed that the WWE Championship match between Bobby Lashley and Drew McIntyre will open the show on night one.

#WrestleMania Night 1️⃣ is tomorrow night … and @DMcIntyreWWE will challenge @fightbobby for the #WWEChampionship to open the show!

It all starts tomorrow at 8E/5P streaming LIVE exclusively on @PeacockTV in the U.S. and @WWENetwork everywhere else! pic.twitter.com/b5lODJ0GlK

In an interview with Wrasslinews last week, Drew McIntyre said he would be happy opening or closing the show.

“I mean, I would be happy opening the show or closing the show. This year is so unique in the sense that the last match — every match at WrestleMania is a main event. Let’s be realistic, if you’re on WrestleMania, you’re in a main event, but when you’re fighting for the championship, generally it’s cool to close the show. This is such a unique WrestleMania, without having the fans there for an entire year, that first reaction is gonna be so, so special. So that’s why I said if I finish last, the last match — that’s phenomenal! That’s fantastic! That’s tradition! But if I’m in the opening match, to me that’s also just as big because if you get to walk out in that first match and get the crowd full of energy and all those pent up reactions that we’ve been keeping inside for a year, that’s gonna be special too. So, either way I’m happy!”

The card for night 1: