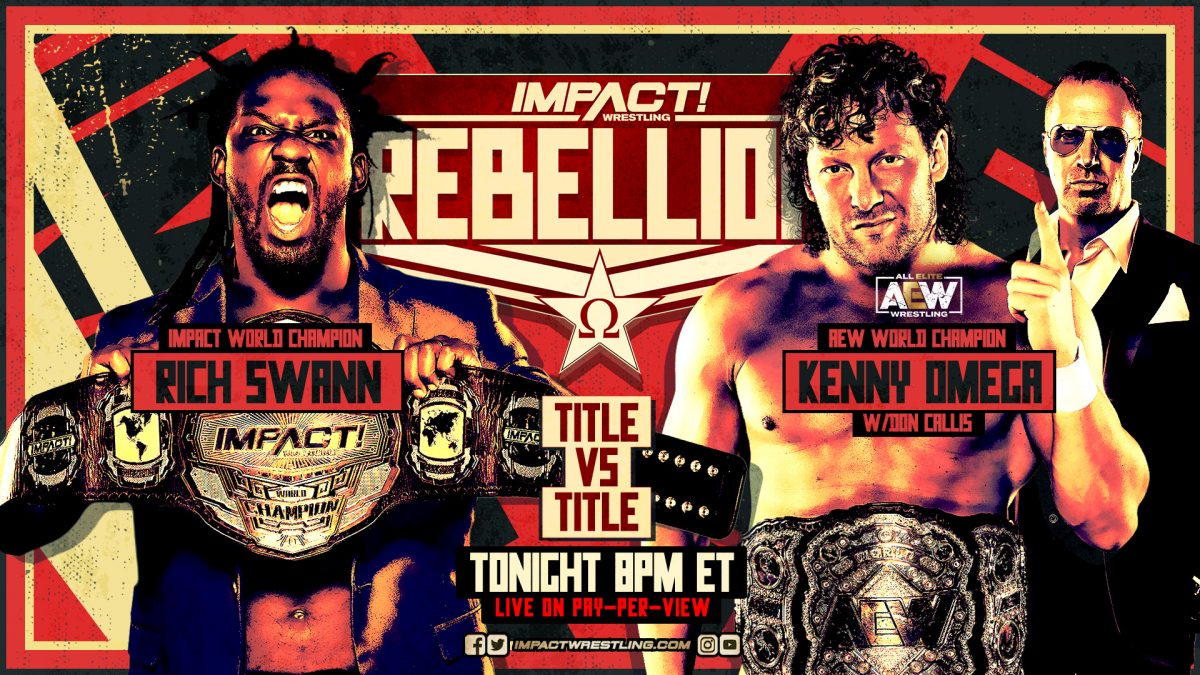 Dave Meltzer reported in this week’s Wrestling Observer Newsletter that based on early estimates, Impact Wrestling’s Rebellion event from this past Sunday generated one of the highest pay-per-view buys for the company in recent years.

In regards to traditional cable television PPV buys, Meltzer reported that based on early data, Rebellion is currently estimated to have generated around 9,300 buys as of earlier this week. Meltzer reported that
the numbers from one major cable PPV provider were around double of what Hard to Kill 2021 event generated this past January and around nine times the total paid buys that Bound for Glory 2020 generated this past October.

Meltzer also reported that the total PPV buys from television for Rebellion are currently expected to increase by around 10% once the late buys are included. Rebellion’s total television buys reportedly are on track to be higher than what Impact was doing during their last several years on Spike TV but would not be close to what their peak buys were for Kurt Angle’s high profile PPV matches against Samoa Joe and Sting.