Rumor: There Have Been Talks About a Possible Cena vs. Reigns Match at SummerSlam 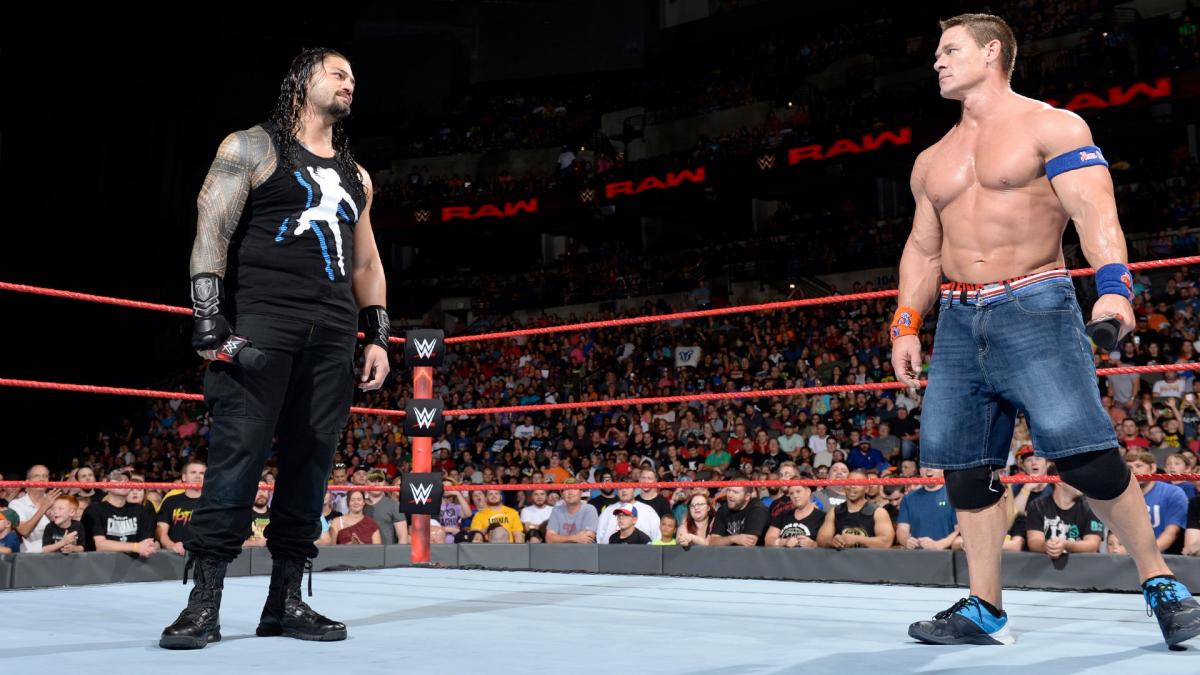 People in WWE have talked about the possibility of a Roman Reigns vs. John Cena match at SummerSlam this year, but there’s been no confirmation yet that the match is going to happen, according to the Wrestling Observer Newsletter.

Last week, it was reported by the Observer that WWE has been in talks with Cena to appear on the July 16 SmackDown, which will be the first show on WWE’s return tour with fans, but as of now, no agreement has been finalized.

WWE is reportedly looking to run a large football stadium for SummerSlam and they want a main event and guest host to make it “stadium-worthy,” the Observer says.

If plans for Cena don’t come to fruition, there’s also the possibility for the return of Brock Lesnar as a possible opponent for Reigns, the Observer speculated. That potential match would have the obvious tie-in with Paul Heyman as a natural storyline.

Cena and Reigns wrestled each other in one televised singles match at No Mercy 2017, and wrestled in singles matches at several house shows after the PPV from 2017-2018, with Reigns winning each match.