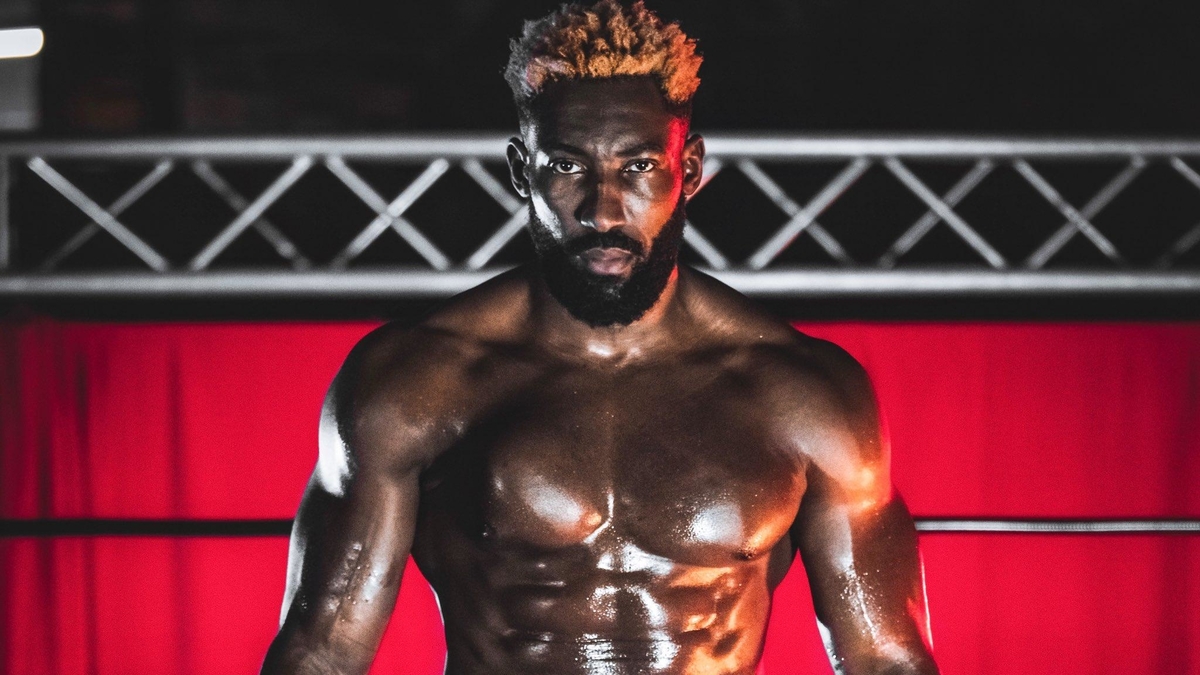 As noted before, WWE released several developmental talent and referees from their NXT brand last week. Among those released was Ezra Judge, real name Ezekwesiri Nduka Jr., and Drake Wuertz.

Fightful held a recent interview with Nduka and one of the topics discussed included Nduka detailing the past backstage incident between him and Wuertz in NXT.

“There was one other person who went as well. Ashantee Thee Adonis (went). He was showing me how to tie the ropes. Drake was in the middle of the ring and there was something on the other side of the ring, a turnbuckle pad or something, Drake being Drake, he was yelling, ‘We need somebody here right now!’ Me and Tuhutti (Miles), we’re tying the knots and he looks at us and says ‘You two get up here right now and put the pads on the turnbuckle.’ I slowly turn and look at him and said, ‘We’re doing this right now. We’re going to finish this and then we’ll get to that.’ He snaps, just yelling at the top of his lungs, ‘No, you get in here right now!’ I slid into the ring, everyone is watching, me being who I am, I got up and in his face and said, ‘Don’t ever talk to me like that again. Not even my father talks like that to me.’ He had said ‘boy’ or something like that, something that triggered me. I don’t know anything about him. I don’t know him from the next man. I know that he’s different so I got in the ring, looked him in the eye, and he took a step back and started yelling again. I slid out of the ring and said, ‘Let me talk to you outside.’ Everyone is like, ‘Ohhhh.’ I walked outside, he came out and we talked like men. I said, ‘Look, I know you’ve been here for a while. You’re a man, I’m a man too.’ I asked him, ‘Do you think you were respectful? Even if you thought I wasn’t doing what I was supposed to be doing, do you think you respectfully asked me to do what you wanted me to do?’ He was like, ‘No man, you’re right.’ I’m the type of person that will nip it in the bud right there. If I feel like you’re being disrespectful, I’m not going to continue to allow you to be disrespectful to me because I’ve shown you nothing but respect. We had an eye-to-eye and that was the last day Drake did that to me. I didn’t have an issue with him. It was one of those things where after it happened, I walked back to the locker room and everyone was like, ‘Good on you. That’s how you stand up for yourself. You weren’t doing anything wrong. You were doing what you were asked to do.’ Sometimes, you have to check somebody because they’ll keep walking all over you and talk a certain way. That’s not how I operate.”

PWInsider’s Mike Johnson reported that WWE officials held an “all hands on deck” meeting with their employees on Wednesday.

This meeting reportedly was led by WWE President Nick Khan and CFO Kristen Salen and provided an update to the status of in-office work for the company.

Johnson reported that WWE’s employees were informed that they would be returning to their offices at the company’s headquarters in Stamford, Connecticut starting this July.

Johnson also reported that some departments will be returning to in-office work full-time while others may rotate from home-based to office-based work for several days per week for the foreseeable future depending on the department and its role in the company.

This past Friday’s “Throwback Edition” episode of WWE Friday Night SmackDown drew a final viewership of 1,933,000 on FOX, according to Wrestlenomics. This was up compared to the initial overnight number of 1,830,000 viewers on the network.