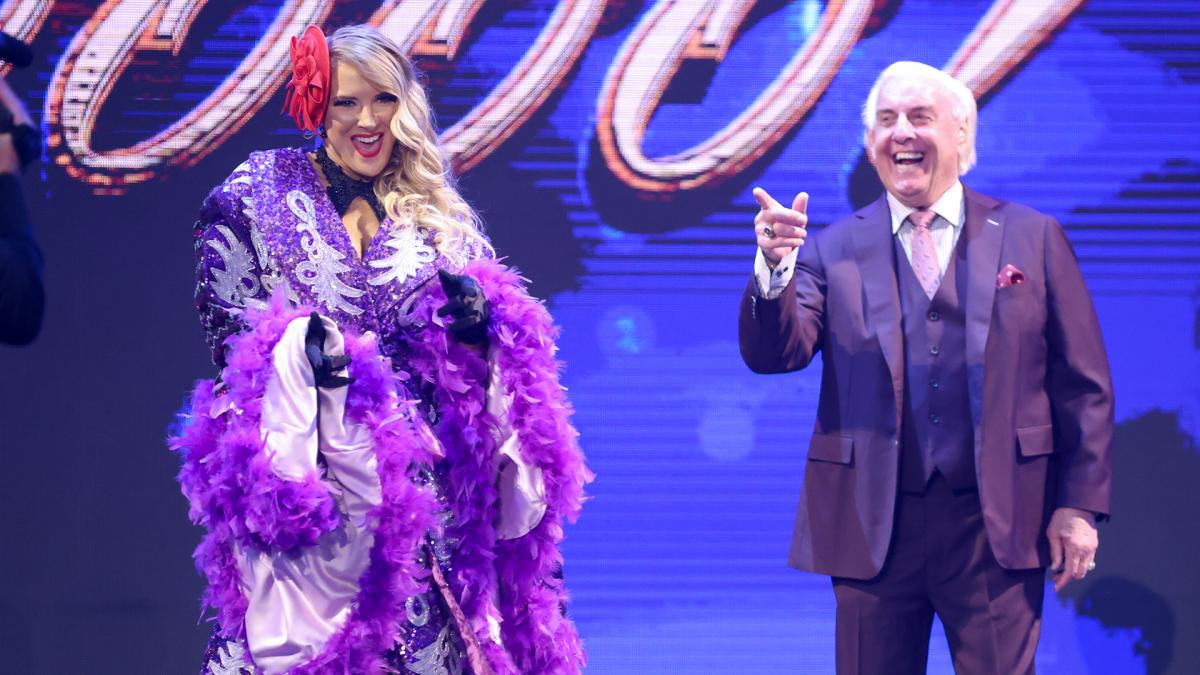 A recent episode of the Ariel Helwani’s MMA Show podcast had Ric Flair as the guest. One of the topics discussed included his thoughts and displeasure on the storyline involving him, Lacey Evans, and Charlotte Flair on WWE’s RAW brand earlier this year.

“In this instance, I didn’t. The one thing I’ve learned is you aren’t going to win a war when someone has their mind made up and she (Charlotte Flair) most definitely didn’t like it. The one thing I can say about me, I always said ‘yes’. I didn’t want to be that guy that always goes ‘that isn’t perfect for me’. I don’t know how much you’ve followed my career but I’ve been buried in the desert by Russo, I’ve had my head shaved. If you look at the other top guys in history whether it’s Shawn (Michaels) or Hunter or Undertaker or Bret Hart no one has gone through this. I’ve done everything. I got fired for a year for taking my son to the AAU nationals where Dan Severn was the master of ceremonies, and he won. I’ve weathered every storm and I’ve come back.

This was something new and I got to TV and Mr. McMahon wasn’t there to argue the point with and he had stuff going on and I don’t like to put the pressure on someone if I can’t talk to him. He just made up his mind. I think a lot of it is because she’s a Marine and God only knows, we cannot give enough back to the people that served in the military, that’s a given. I think he wanted her to be successful and the way to get successful sometimes is to take two other people that are doing well and give them the rub. She’s a very nice girl, it didn’t fit this time, you know what I mean? But we made the best of it and ultimately, she’s pregnant now with her husband and it wasn’t anything personal. I barely knew her and her whole life is her husband and her daughter.

I didn’t like that one. To him (McMahon), I’m always going to be the ‘Kiss stealing, wheeling-dealing…”, you know what I mean? Which is great because he likes that even though he hated when I used to say it. He used to say, “’80s heels don’t draw”.”

As noted before, Sonya Deville was the victim of an attempted kidnapping incident at her home in Lutz, Florida this past August. The suspect, Phillip A. Thomas, was arrested shortly afterwards and admitted to his plans to kidnap Deville.

WrestlingInc reported that a judge granted an extension of Deville’s temporary protection injunction against Thomas on May 6th. This current order legally prevents Thomas from being allowed anywhere near her home and within 100 feet of her vehicles and any other places requested by Deville where herself, members of her family, and close associates regularly frequent.

It was also reported that the next hearing for Deville’s protection order is currently scheduled to take place on October 7th.

PWInsider’s Mike Johnson reported that Allison Danger, former indies wrestler and co-founder of Shimmer Women Athletes, was invited by WWE to be one of the guests coaches at their Performance Center this week.

Johnson also reported that former WCW wrestler David Taylor was also invited by WWE to be a guest coach at their Performance Center this week.