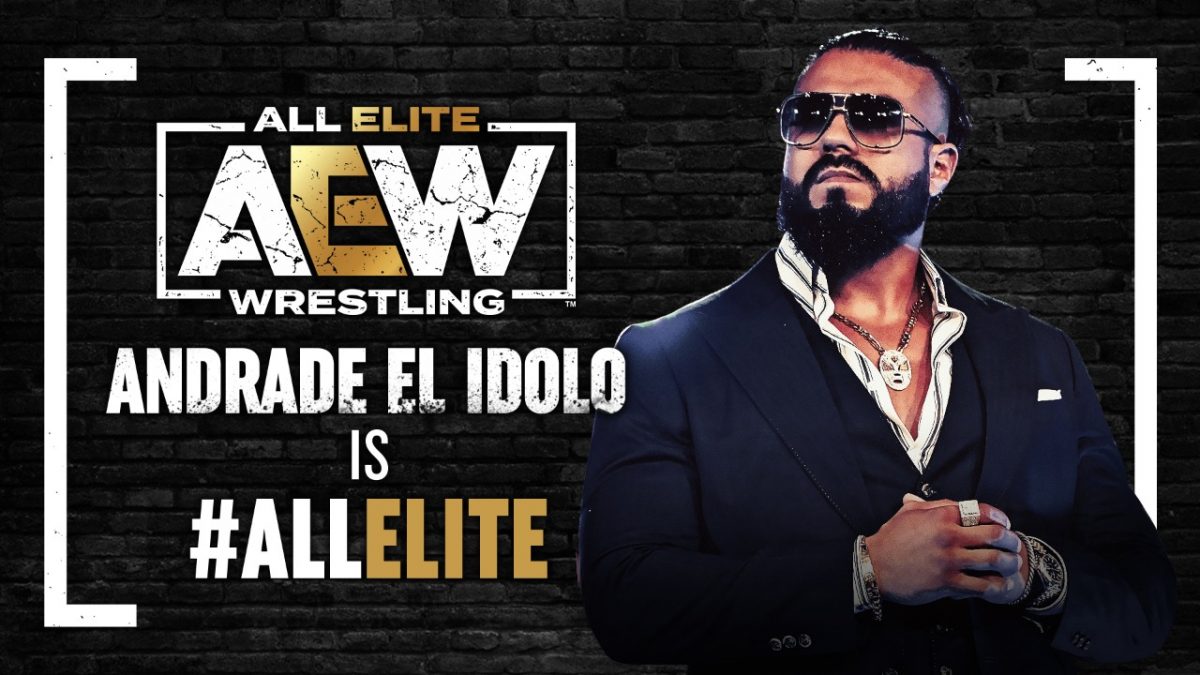 Andrade, now going by the name Andrade El Idolo, made his AEW debut tonight on Dynamite and has officially signed with the company.

During an in-ring segment with Mark Henry and Tony Schiavone, Vickie Guerrero interrupted, then introduced Andrade, who came out in a suit with no music, to a big pop.

Andrade took the mic and said, “I used to say I am the face of Latinos. But today I am saying I will be the new face of All Elite Wrestling,” then left the ring with Guerrero.

Andrade was released by WWE by his request on March 21 and had no 90 day non-compete clause.