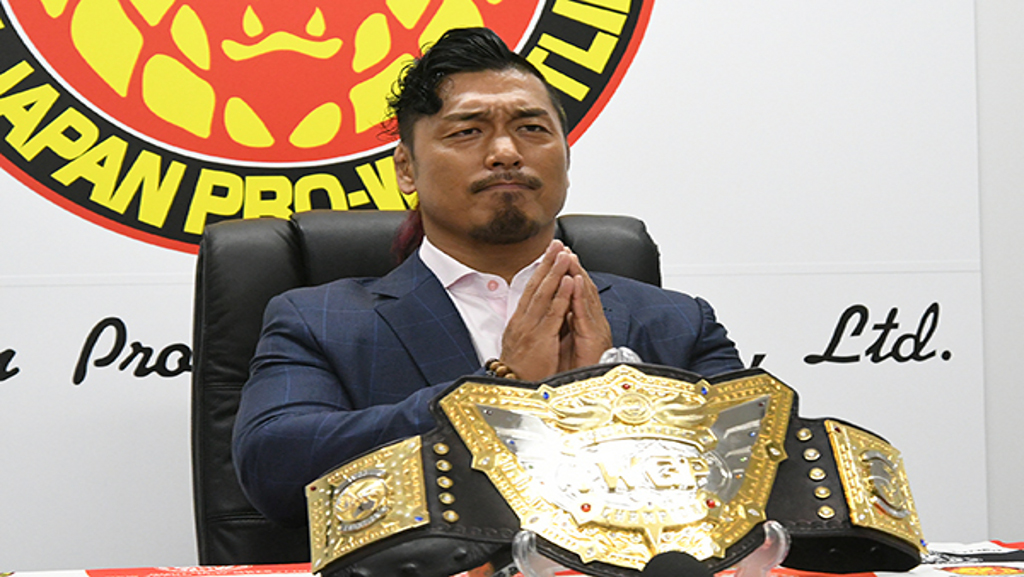 “I am the third IWGP World heavyweight Champion, Shingo Takagi, and I am pretty damn tired. I went through the wringer last night, finally shut my eyes around 4AM, and then woke up at 7, got on the Shinkansen, and wasn’t able to nod off there either. But y’know, waking up this morning and having the belt there in my room let me know that it wasn’t all a dream and what happened was real.

As I said backstage, the big feeling I have is relief. I mean, in Fukuoka with Ospreay, losing that match could have put me to the back of the line. I figured I wouldn’t get back to this point for quite a while. But then, I don’t know whether you’d call it luck or what, but Ospreay gets hurt and goes back to the UK, and then I’m in this title match …

Okada had the record for most defences of the previous IWGP Heavyweight title. He represented that belt, but I feel now it’s with me, the prestige of this title has been elevated a bit, if I do say so myself. Tanahashi, Okada, they’re definitely factors, but what drives me most is beating out the people of my generation. Ibushi, Naito, they’re the guys that make me the most competitive. Ibushi and I debuted at the same time, Naito and I have that past in the Hamaguchi Gym.

I have my reasons for coming to New Japan in the first place, but getting to throw down with Ibushi, that was definitely one aspect. Having a proper place for us to square off. We didn’t start out as New Japan guys, but a few years ago it hit me that the guy I want to fight the most is in NJPW, and if I want that to happen then I have to be in NJPW too. Then October 2018 I arrived, and two years, what, eight months later… I wouldn’t call that a rapid ascent. I’m 39 this year, I can’t afford to take things slow …

Anyway, I am now the third IWGP World Heavyweight Champion, but apart from that, nothing’s changed about me. Just like normal, I’m gonna fight like Shingo Takagi fights, bring the fire and tear it up! That’s all I’ve got to say.’”

During Tuesday’s episode of NWA Powerrr, NWA owner Billy Corgan announced that the company will be holding two pay-per-view events during the month of August.

Mickie James stated during NWA Powerrr’s post-show that she currently does not have any plans to wrestle at the event.

Major League Wrestling announced that Jacob Fatu recently surpassed the milestone of 700 days as current MLW World Heavyweight Champion. Fatu has been the champion since winning the belt at MLW’s Kings of Colosseum 2019 event in July 6, 2019.

United Wrestling Network announced on Twitter that their new Championship Wrestling from Atlanta affiliate recently signed a deal to hold television tapings at the Center Stage Theater in Atlanta, Georgia. PWInsider’s Mike Johnson reported that this venue is notable in wrestling history for being the former home of WCW’s Saturday Night television series from 1989 to 1996.

B/R Live streaming service reportedly is currently in the process of being merged into Bleacher Report’s website, according to r/SquaredCircle. Subscribers of the service were recently notified that they will no longer have access to their B/R Live accounts starting on June 3rd.

Madison Square Garden recently announced that they will be allowing full capacity for events starting on June 20th.

Big Japan Pro Wrestling announced that Drew Parker, Great Kojika, Ryuji Ito, Yuya Aoki, and one of their referees have all recently tested positive for COVID-19.

Ring of Honor recently announced a new match for the card of their Best In The World 2021 event on July 11th in Baltimore, Maryland: