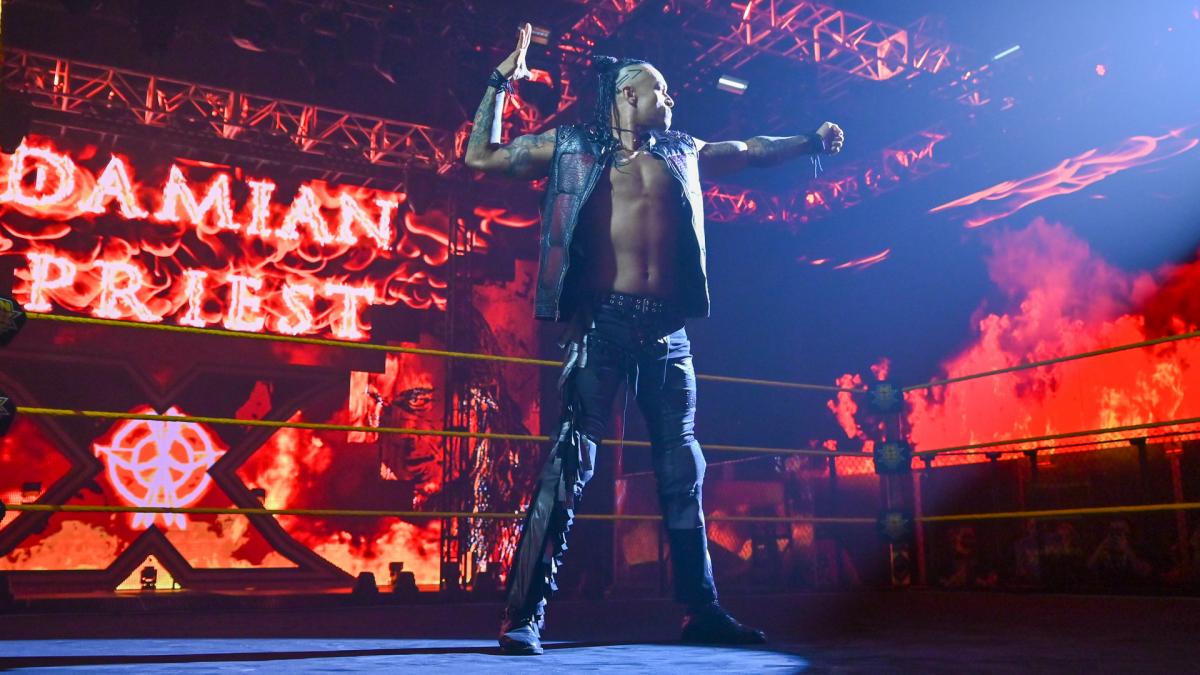 Damian Priest has been absent from WWE television since the May 17th episode of RAW.

Fightful Select reported that the recent rumors of Priest’s current absence from WWE being due to lingering back injury issues are not true. It was reported that Priest could return to WWE television as early as next week depending on if WWE currently has any creative plans for him.

It was also reported that their sources within the company stated that Priest’s absence is due to other reasons that were not disclosed.

WWE officials reportedly had been hopeful at one point of Priest being able to return in time to be involved in one of the qualifying matches for the upcoming Men’s Money in the Bank Ladder match.

“We were all driving in a car, Me, John, Tessa (Blanchard), and Keira (Hogan) after a taping to go and eat dinner. At this, you know, 24 hour diner. Something ridiculous in New York. And we were playing Cardi B in the car and we’re all delusional from lack of sleep and all this kind of stuff and being super hungry. And John, I don’t know if anyone knows this, but John likes to rap (laughs). He started rapping to Cardi B. And it was within that car ride that Johnny Drip Drip was born. I don’t even remember who it was that said like, ‘Oh my God, Johnny Drip Drip!’ But like, it just became a thing. And then if you look at the first music video that Miz and him did right after COVID had started, for that WrestleMania last year, that was the introduction to the WWE universe, to who Johnny Drip Drip was. Listen, sometimes there’s a lot of drip drip talk. Okay. It’s a lot. It’s a lot, but he’s having the most fun I’ve seen him have in a long time.”

This episode focused on the search for Ric Flair’s iconic Butterfly Robe he wore for his entrance at WWF’s 1992 Royal Rumble event.