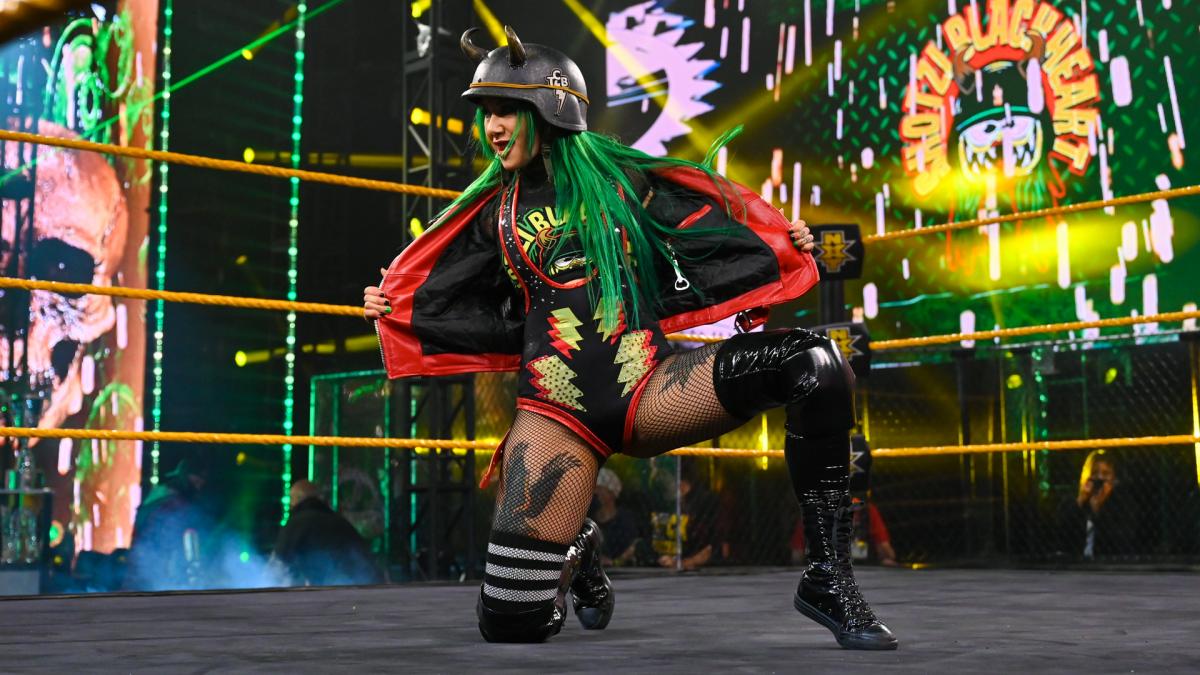 WWE reportedly invited three NXT talent to work dark matches prior to this past Friday’s episode of SmackDown, according to PWInsider.

Mike Johnson reported that WWE officials invited Karrion Kross again for a dark match prior to the start of Friday’s taping of SmackDown. Kross reportedly faced off and defeated Slapjack in a singles dark match.

Scarlett Bordeaux and Shotzi Blackheart reportedly were also invited for dark match work and competed against each other in a singles match, which resulted in a victory for Blackheart.

In regards to current NXT call-up plans, Dave Meltzer reported in this week’s Wrestling Observer Newsletter that WWE officials currently have both Kross and Bronson Reed penciled in for the next set of call-ups to the main roster.

Friday’s episode of Friday Night SmackDown featured the return of Edge to the brand for the first time since Night 2 of WrestleMania 37 this past April.

Edge made his surprise return during the “State of the Universal Championship Address” promo segment with Roman Reigns and Paul Heyman. Edge brawled with Reigns and Jimmy Uso to close out the show.

This past Wednesday was the 25th anniversary of Steve Austin winning the 1996 King of the Ring tournament and his iconic “Austin 3:16” promo.

A recent episode of the Busted Open Radio podcast had Austin as the guest and one of the topics discussed included his thoughts on his iconic “Austin 3:16” promo and birth of the Stone Cold Steve Austin character in WWE.

“Who would’ve figured it would’ve lasted that long? I watched that promo about ten times last night, just so I could kind of take myself back to where I was. But so many things had to happen for that promo to even happen. That incident had to happen at the Garden where the guys hugged, because Triple H was supposed to win that King of the Ring. Vince tells me I’m going to win. I go in and wrestle Marc Mero, who’s a wonderful human being, get along really good with him. I was fortunate enough that he kicked me in the mouth. If he’d never kicked me in the mouth, this never would’ve happened. They haul me to the hospital, I get fourteen stitches, come back. Michael P.S. Hayes is right there at the ambulance, telling me ‘hey, Jake just cut a religious promo on you.’ So thank you Jake for cutting a religious promo, thank you Michael P.S. Hayes for telling me that.

So we didn’t go out there trying to plan a barnburner of a match, myself and Jake. It was short and to the point, got rid of him, got the win. Then Michael interviewed me and he told me ‘hey man, when Jake was cutting the promo on you, it was kind of religious based.’ I said ‘well what he say?’ And he told me and that’s when the Austin 3:16 popped into my brain. And I went out there, and I had Austin 3:16, I had ‘because Stone Cold said so’ as a button, cause I knew I needed a button. I came up with it on the fly. And looking back on that promo, I predicted my future. I said ‘I don’t care about any of the WWE superstars, what they are, they’re all on the list, Stone Cold’s list. And I’m fixing to run through all of them.’

You always know you get a push coming out of King of the Ring, so I was predicting my push. And I also through myself into the title mix, which is what all these UFC fighters do these days. They wanted me to say something about the championship match, to let people know how important that match is. I said ‘hell I don’t care if its Davey Boy Smith or Shawn Michaels, but you’re looking at the next WWF Champion if I ever get the shot. And that’s the bottom line cause Stone Cold said so.’

So many things happened in that promo, but so many events happened to line up. It was almost like it was predestined for that promo to happen. And if none of those events had happened or happened out of order, that promo would’ve never happened. Maybe I’d have still been a big star, but that promo gave me two tag lines, 3:16 and ‘because Stone Cold said so’, at one night at an event I was never supposed to win. So I’m entirely grateful for all the pieces and people that fell in place for this to happen.”