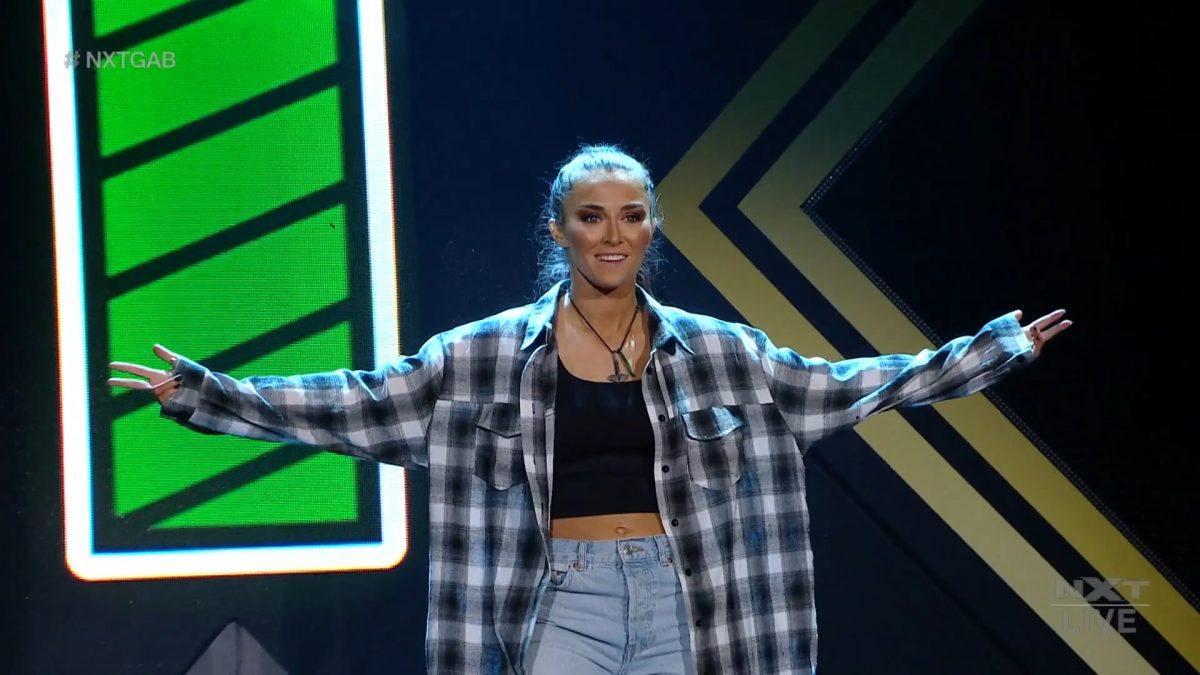 During the NXT Women’s Tag Team Championship match with LeRae & Hartwell defending against Io Shirai & Zoey Stark, the lights went out and the battery in NXT’s teases for the past several weeks hit 100%. When the lights came back on, Tegan Nox was back, standing on the stage. LeRae couldn’t believe her eyes and was dropkicked out of the ring by Shirai, then Zoey Stark hit Hartwell with her finisher to win the titles.

After the match, Nox ran in and brawled with LeRae, who managed to escape and ran back down the ramp.

Nox wrestled in a dark match against Toni Storm last night before Raw, leading to speculation that she would be returning to NXT very soon.

She’s been out with a torn ACL since August 2020, which was her third serious knee injury in three years.