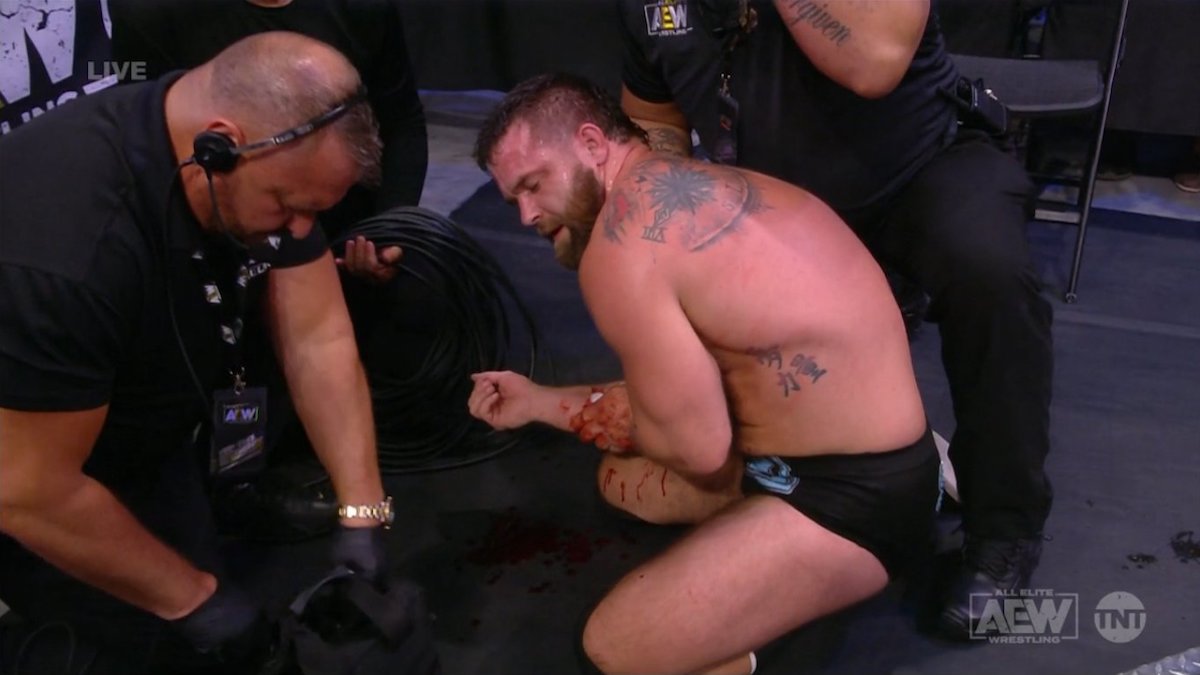 Cash Wheeler suffered what was described as a “really bad cut” during the FTR vs. Santana & Ortiz match last night on Dynamite, according to PWInsider.

The injury happened when Wheeler went to climb the top rope, but was knocked down by Santana. As Wheeler fell, his forearm seemed to be pinched or cut by the metal between the turnbuckle and ring post. The cut immediately started to bleed badly and Wheeler went to AEW medical officials on the outside to get checked out for the rest of the match. The match ended abruptly a minute or two later with Dax Harwood winning with a brainbuster on Ortiz.

PWInsider said that Wheeler was checked on by medical staff and was said to be “OK” in the back. There’s no word if he’ll miss any action because of the injury.