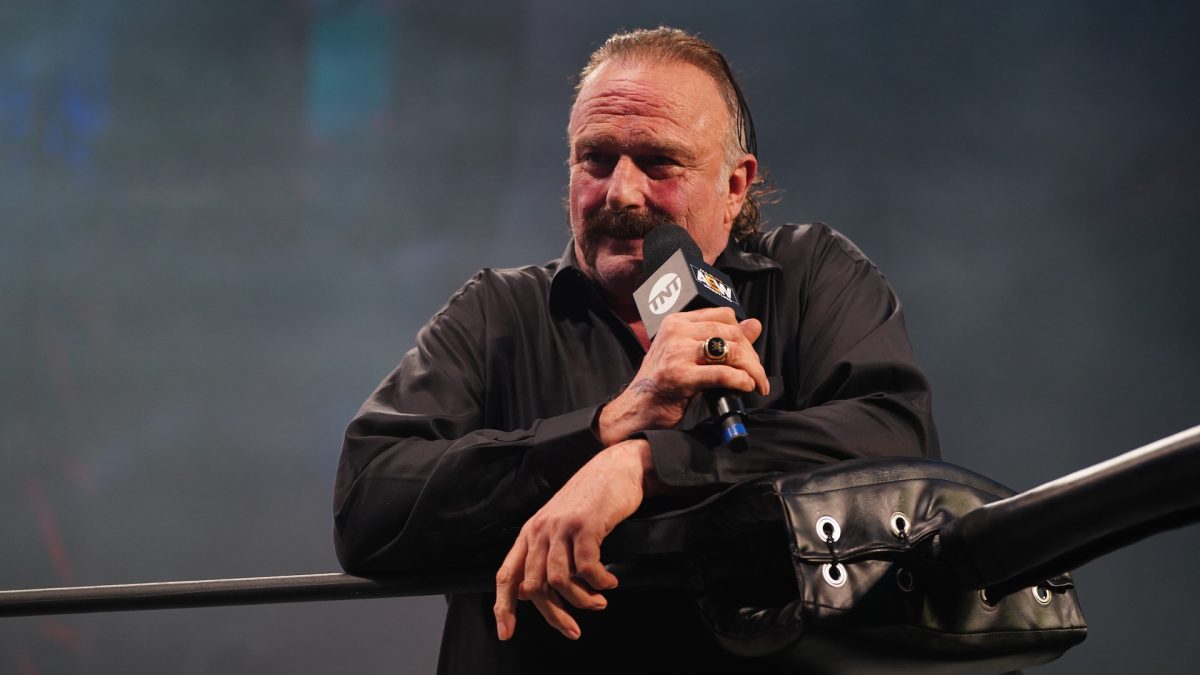 AEW recently announced that they will be holding an AEW Dynamite event on September 8th at the Fifth Third Arena in Cincinnati, Ohio with tickets to go on sale starting this Friday. This will be AEW’s first ever show in the city.

During a recent interview with DDP Yoga, Jake Roberts revealed that he recently signed a new two-year contract extension with AEW. Roberts stated:

“When I originally signed with [AEW], it was for a ten week deal. At eight weeks, [a guy] comes along with some papers, ‘You need to sign these.’ I’m like, ‘What for?’ ‘Well it’s your contract.’ ‘Dude, I’ve only got two weeks left.’ ‘No, you got another year.’ ‘What?’ And then just a few weeks ago, I buzzed Tony, I said, ‘Hey, I’ve got four weeks left. What do you want me to do? I need a notice so I can start setting up my stuff’ and he says, ‘We need to sign another piece of paper’ and I signed again and then after I signed it, I found out that it wasn’t for a year, it was for more than a year. It was for two years.

He’s such a wonderful man and he gave me my love for wrestling back,” Roberts added. “It’s great to be a part of it so for me, I’ve taken on that job — not a job, a pleasure, to keep my eyes open and see people that are struggling and go to them and try to help them.”

PWInsider’s Mike Johnson reported that AEW has sold around 16,000 tickets for their upcoming AEW Dynamite Grand Slam event on September 22nd in Queens, New York, as of this past Tuesday. Johnson reported that AEW has started to open up more sections of Arthur Ashe Stadium that were originally not planned to be sold for the event due to it would have positioned fans behind the entrance stage but have done so due to the current high demand for tickets. Johnson also reported that AEW currently plans to continue releasing more tickets for the event until they have completely locked down stage production plans for it.

A recent episode of the Busted Open Radio podcast had Mickie James as the guest. Some of the topics discussed included James’ thoughts on her recent return to Impact Wrestling and the booking process of NWA’s upcoming all-women’s Empowerrr event.

On the topic of her recent return to Impact Wrestling at this past Saturday’s Slammiversary 2021 event, James stated:

“It is, it is very exciting. I was very grateful to be able to show up at IMPACT and obviously, there’s a part of my heart, to hear Hardcore Country again but then walk back to the locker room, it’s like we often forget because we get up in our own little bubbles that we have friends everywhere. It’s such a small universe, this wrestling world, you know? And so it’s like to be able to walk back and it kind of felt like — to see so many friends, to see your face there, it felt really, really good and to go out there because often too I think, leaving and then kind of feeling so disheartened in that moment and even though you know it’s not the truth and you know it’s not your truth, it’s just really cool to have the fans validate that — that you know, you did do something special somewhere along the way, so I’m grateful.”

On the topic of the current booking process for NWA’s upcoming all-women’s Empowerrr event, James stated:

“He’s [Billy Corgan] legitimately giving me the whole space to do it myself. He’s not really chimed in at all, for Empowerrr at all and just said like, ‘You just book it’ and obviously if there’s going to be stuff that we’re crowning the first-ever NWA — well not first-ever. We’re bringing back, re-crowning the NWA [Women’s] Tag Team Champions which haven’t been represented since like 1983, and then the Cup, we have this Cup. We’re introducing the first-ever NWA Women’s Invitational and the winner of that Cup will go on to face the champion the next night, whoever the champion is after Empowerrr. So those are two kind of big things we’re introducing. It was my idea to do the Cup and we had talked about the tag championships and so he’s having those made. I’m very excited about that.”

A trademark for “Complaining Is Not Conversation” was filed by WWE on July 16th for wrestling and merchandise-related purposes.

A trademark for “Slapnuts” was also filed by Freedom Pro Wrestling on July 16th for wrestling and entertainment-related purposes. This was the catchphrase of Jeff Jarrett during his second stint in WCW from 1999 to 2001.