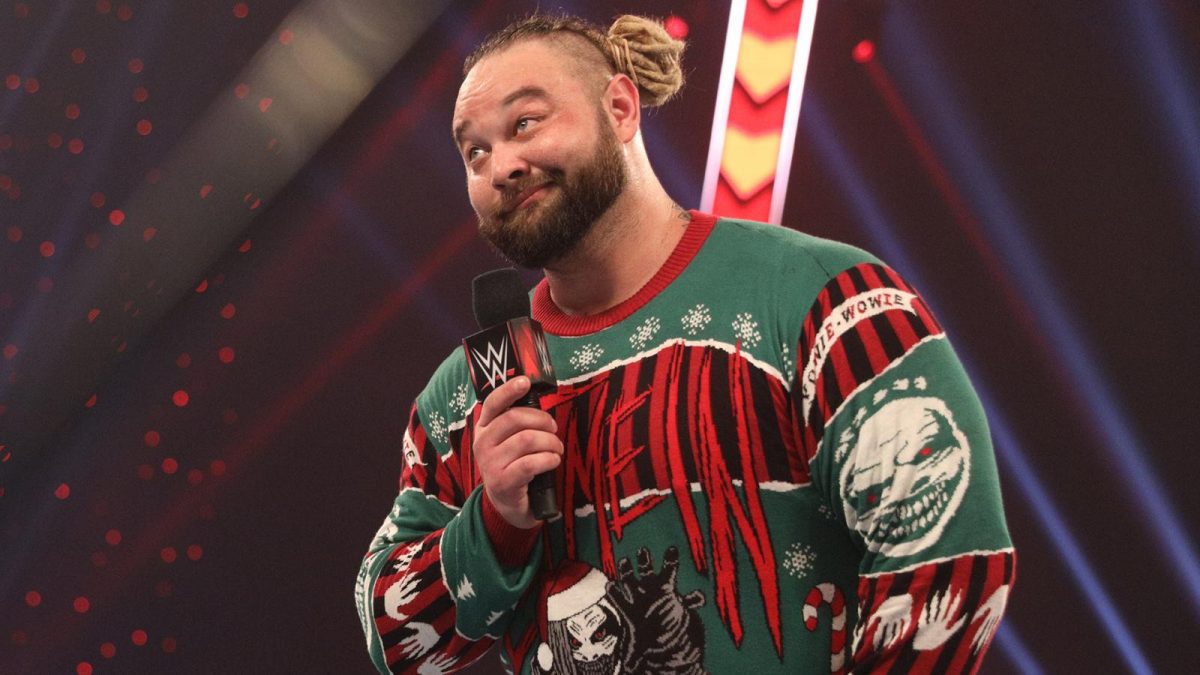 As noted before, Bray Wyatt has been away from WWE since this past April due to currently unknown reasons. Wyatt last wrestled for WWE at Night 2 of WrestleMania 37 on April 11th in Tampa, Florida.

Dave Meltzer reported in this week’s Wrestling Observer Newsletter that WWE officials are currently expecting Wyatt to make his return to the RAW brand this August based on recent local advertisements for upcoming RAW shows.

The North State Journal held a recent interview with Paul “Triple H” Levesque. One of the topics discussed included his thoughts on WWE taking a “hard look” at how to attract more fans to watch their weekly television shows.

“It never is one thing. We see this as a moment in time to shift everything. I think you’ll see it in just the layout of everything, the set designs, the way it’s presented. There’s a greater emphasis on utilizing the spaces that we have and the TV aspect of it while still engaging the fans. A lot of that comes from the time we had to experiment inside the ThunderDome.”

“A lot of people on this team grew up fans of wrestling, and we love and respect what the WWE has built as far as their storylines and their brand and the way they’ve gotten this massive legion of diehard fans. They go to WrestleMania every year, and we’re building something similar over here. Granted, it’s different, but we have a lot of similarities, and we also have a lot of crossover fans. There’s a lot of hip-hop fans that are fans of wrestling. There’s a lot of wrestling fans who are fans of hip-hop. Hip-hop dominates all culture.

It’s the No. 1 genre of music. It drives culture across all press points, from music to fashion to athletics to tech to charities. It doesn’t matter where you are, hip-hop has a major presence. So we have a lot of crossover fans thanks to hip-hop being so massive, and thanks to wrestling being so massive. We just thought it would be cool to mesh both worlds together and bring them into our world, expose them to our fans at the festival and on our stream. And we’ll be in turn exposed to their fans that tune into Fox on Friday night to watch Smackdown. It’ll be pretty cool.”

WWE recently announced that they have partnered with TikTok on a new contest with two winners to receive guest ring announcer spots at this year’s SummerSlam event on August 21st. The winners of this contest was announced to be revealed on August 16th on WWE’s official TikTok channel.

WWE also announced that they have partnered with Credit One Bank for a SummerSlam sweepstakes contest with 50 winners to be receive a pair of free tickets for this year’s SummerSlam event. Official press release:

LAS VEGAS – Credit One Bank, proud partner of WWE®, is offering fans the chance to attend SummerSlam at Allegiant Stadium in Las Vegas on Saturday, August 21 through their SummerSlam Sweepstakes.

As part of the sweepstakes, 50 lucky winners will receive a pair of tickets to attend SummerSlam. Fans can enter by submitting a pre-qualification request for a WWE Credit Card between July 15 and 31 at UltimateWWECard.com. Existing Credit One Bank card members will receive an email that will provide information on how to enter. Winners will be announced the week of August 9.

“As the Official Credit Card of WWE, we’re excited to bring some lucky fans to SummerSlam at Allegiant Stadium,” said David Herpers, senior vice president of product at Credit One Bank. “There’s nothing quite like experiencing a massive WWE event in-person, especially here in Las Vegas.”

Credit One Bank will also be launching a WrestleMania sweepstakes this fall. More information can be found by visiting CreditOneSweeps.com.

Credit One WWE SummerSlam Sweepstakes 2021: NO PURCHASE OR PAYMENT NECESSARY TO ENTER OR WIN. A PURCHASE WILL NOT INCREASE YOUR CHANCES OF WINNING. The sweepstakes is open now and ends on July 31, 2021 at 11:59:59 p.m. PT. Open to legal residents of the 50 United States and the District of Columbia who are of 18 years of age or older (19 in AL and NE, 21 in MS). Void where prohibited. For complete Official Rules, including details on how to enter via mail, visit CreditOneSweeps.com/WWESummerSlam. Sponsor: Credit One Bank N.A., 6801 S. Cimarron Rd., Las Vegas, NV 89113.

WWE also announced that they have recently partnered with Iconic Events Releasing to air this year’s SummerSlam event live at select participating theaters in the United States.