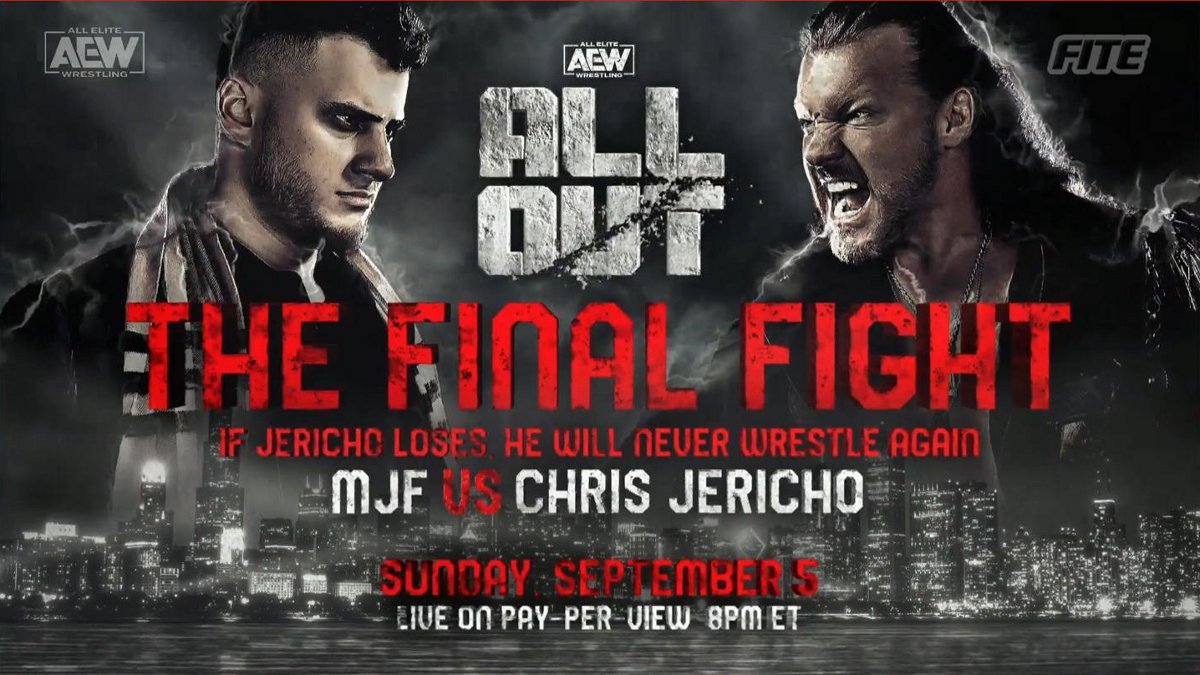 Current Card for Next Week’s Episode of AEW Dynamite

Towards the end of tonight’s episode of AEW Dynamite in Milwaukee, Wisconsin, AEW announced several matches for the card of next week’s Dynamite show.

Current card for the September 1st episode of AEW Dynamite:

AEW also announced several matches for the card of this Friday’s episode of AEW Rampage.

Current card for the August 27th episode of AEW Rampage:

During tonight’s AEW Dynamite show, two new matches were announced for the card of AEW’s All Out 2021 event, which takes place on September 5th in Hoffman Estates, Illinois.

Chris Jericho challenged MJF to final match between the two at All Out but with the stipulation that if he lost, he would retire from wrestling in AEW.

During a backstage promo segment, Jon Moxley revealed that his request to face off against an opponent from New Japan Pro Wrestling was granted but it was not the person he had originally hoped for. While Moxley did not reveal who was his first choice, he stated that NJPW will be sending Satoshi Kojima to the United States to face off against him at the event.