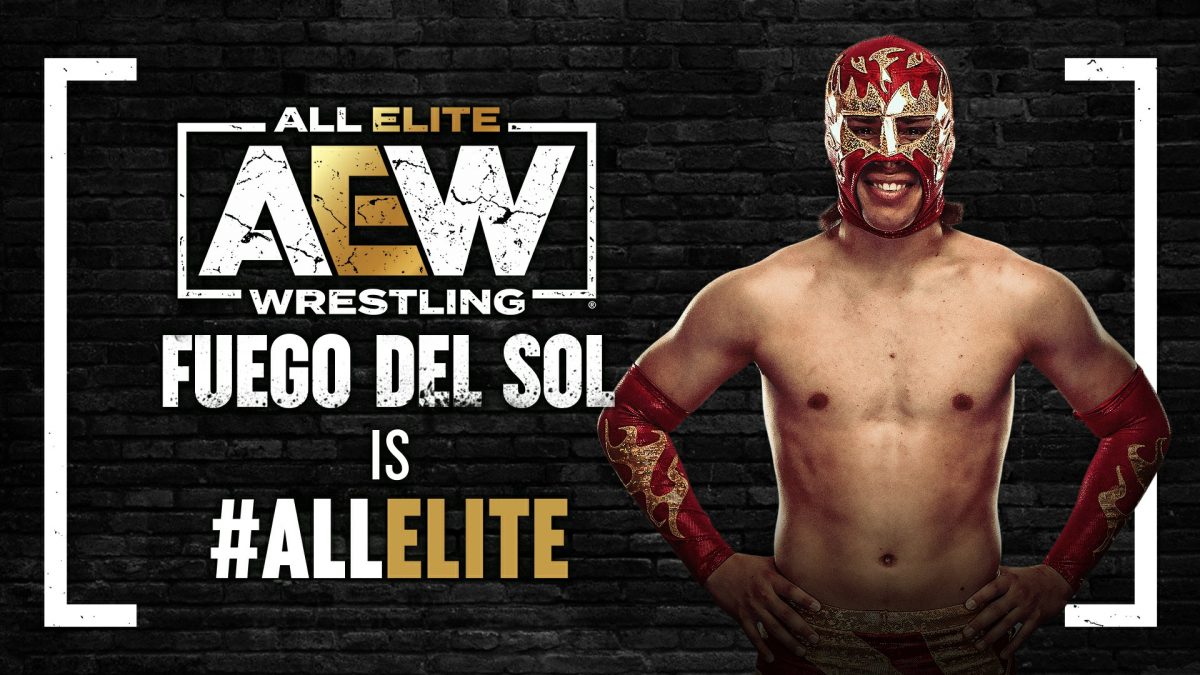 AEW announced Friday night that they have signed Fuego Del Sol to a full time contract.

Fuego wrestled against Miro for the TNT Championship on Friday’s Rampage episode with the stipulation that if he won, he would also get an AEW contract. He lost, but after the match, Tony Khan came out onto the stage with Sammy Guevara and handed Guevara a contract. Guevara came into the ring, called Fuego his best friend, and presented him with a full time AEW contract in a pretty sweet moment.

Dream do come true! Welcome to the team…@FuegoDelSol is #AllElite!

Tune in NOW to the world premiere of #AEWRampage LIVE on @tntdrama! pic.twitter.com/wRDJ2UlKUo

Before the match, there was also a good video package with Fuego talking about how much it would mean to him to get an AEW contract.

It’s the biggest match of @FuegoDelSol’s life! Will he win an #AEW contract and the TNT Title from @ToBeMiro TONIGHT?

Tune in NOW to the world premiere of #AEWRampage LIVE on @tntdrama! pic.twitter.com/jd57Dfos55

Dreamt about this… Worked so hard for this… you people believed and made this happen… And We Did It! Best night of my life! But this is just the beginning!
Fuego Del Sol is #AllElite! https://t.co/UV5g2SfNQF

Fuego started with AEW in May 2020 and has previously only wrestled for AEW on Dark and Elevation. He has a 1-40 record, with his only win coming on the July 6 episode of AEW Dark when he and Marko Stunt defeated Baron Black & Ryzin.

He has frequently appeared on Sammy Guevara’s vlog and on Being the Elite.