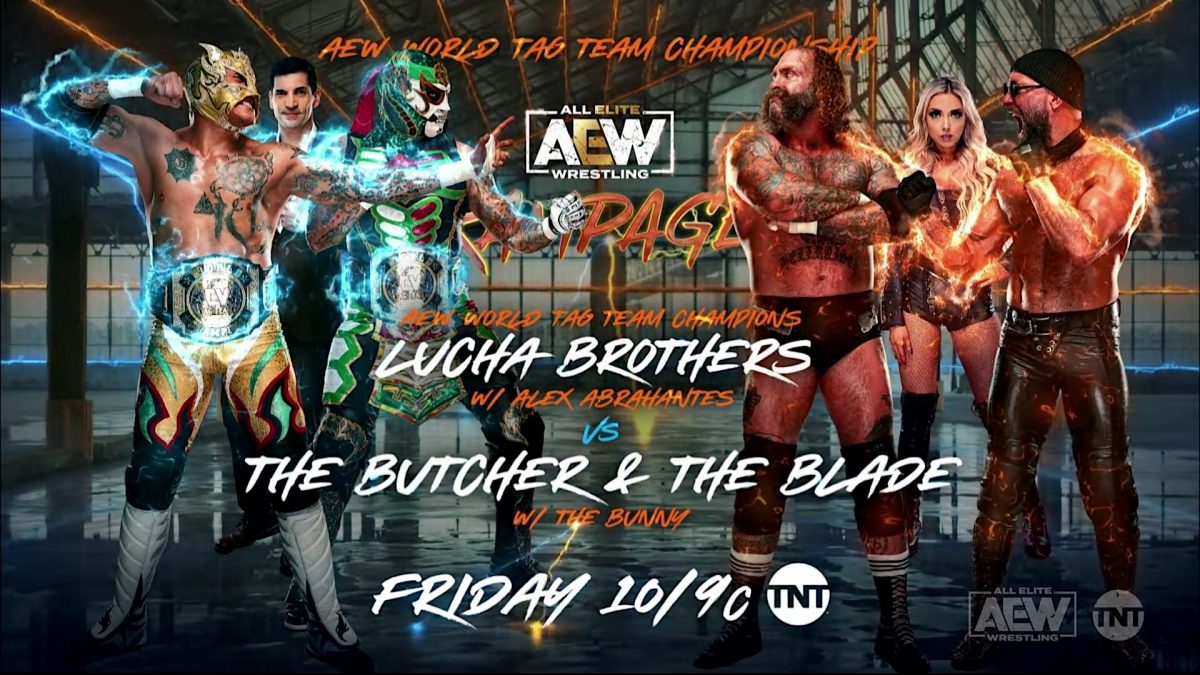 AEW taped Rampage last night in Newark, NJ after Dynamite. The show will air this Friday on TNT at 10 PM ET.

In-Ring: Matt Hardy, Orange Cassidy – After the first match, Matt Hardy pulled a planted fan out of the crowd who was dressed like Orange Cassidy and cut some of his hair. Orange Cassidy ran out to make the save, put sunglasses on him and tried to put his hair back on his head.

Anna Jay defeated The Bunny – After the match, The Bunny and Penelope Ford attacked Anna Jay and Tay Conti and hit them with brass knuckles.

In-Ring: Dr. Britt Baker DMD, Ruby Soho – Mark Henry interviewed Baker and Soho, and they ended up brawling with each other.

TNT Championship: Miro (c) defeated Fuego del Sol – Fuego got some offense in, but Miro beat him. Fuego put his car on the line in this match and Miro vowed to destroy it. After the match, Sammy Guevara came out and cut a promo on Miro and teased going for the TNT title.