Bronson Rechsteiner Debuts With a New Name, Parker Boudreaux Gets Another Name Change 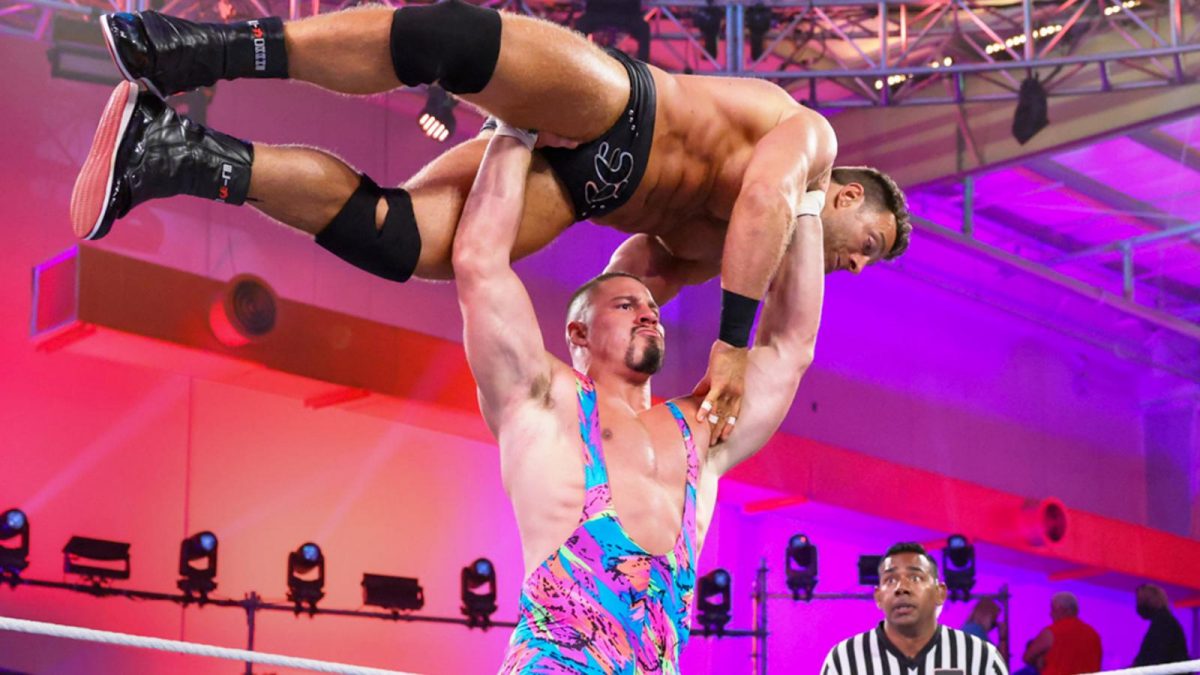 Bronson Rechsteiner, son of Rick Steiner, made his NXT debut on tonight’s episode, challenging and defeating LA Knight in the opening match.

Bafflingly, his NXT name is “Bron Breakker.” A couple of days ago, he changed his social media to the name “Rex Steiner,” so “Bron Breakker” appears to be a last minute change.

Commentary didn’t say anything about him being a Steiner, but Vic Joseph said that he was “dog-faced gremlin”-like.

Setting the tone early!@bronbreakkerwwe and @LAKnightWWE are going at it to kick off #WWENXT 2.0. pic.twitter.com/UWjiMe9TyN

Parker Boudreaux, who said a couple of days ago that his NXT name would be “Gunnar Harland,” has also gotten a slight name change.

He will now just be “Harland.”

Brooks Jensen, who teamed with Josh Briggs in a loss to Imperium on tonight’s NXT episode, is the son of former WWF wrestler Bull Buchanan.