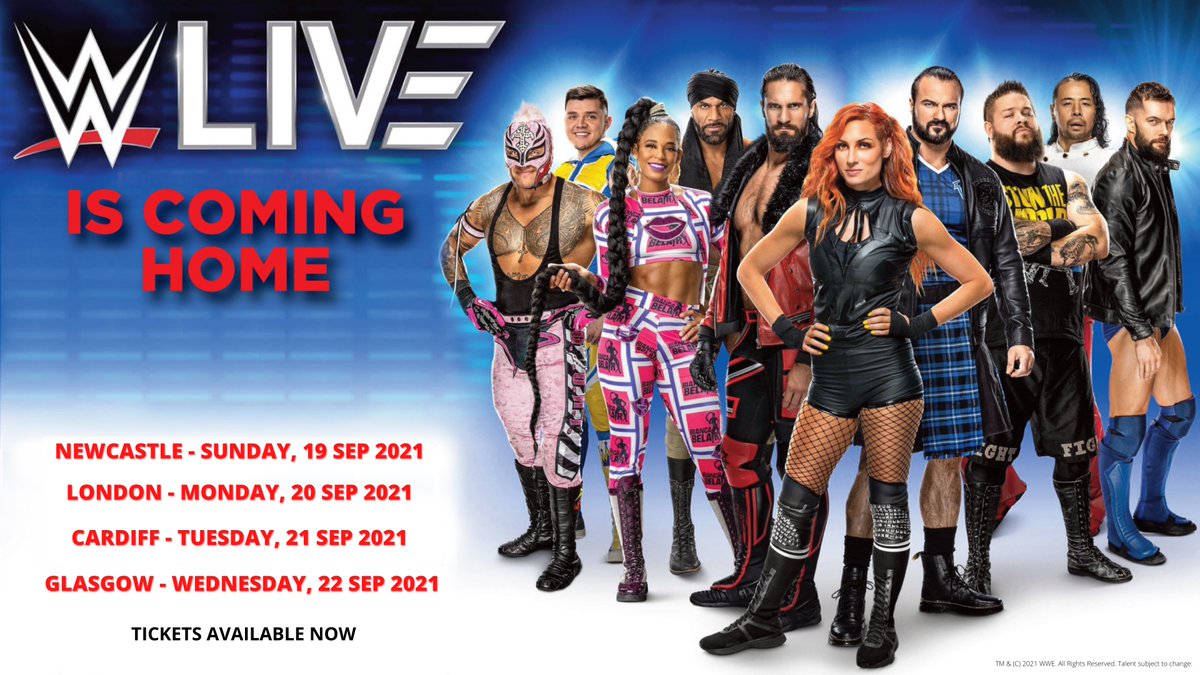 WWE recently announced the full list of talent that will be appearing during their tour of the United Kingdom later this month.

As noted before, Adam Cole’s contract with WWE officially expired this past July but he had agreed to a short term contract extension that expired on August 27th.

Fightful Select reported that their sources within WWE stated that Cole had made a specific major demand during his contract talks with the company. Cole reportedly demanded that any new deal must include the ability for him to continue being allowed to run his Twitch channel and that this was a “non-negotiable” term. It was reported that this left WWE officials with little leverage over the issue and something they were not excited to talk about during negotiations.

It was also reported that Cole had been vocal about his position over this issue well before his contract originally expiring this past July.

WWE reportedly has recently shut down their Japanese branch, according to GameBiz.jp.

It was reported that a recent official bulletin posted by the Japanese government revealed that WWE’s investors had agreed on September 1st to dissolve the branch.

It turns out that WWE Japan GK has been dissolved. Yesterday (September 1st), all employees (meaning investors) agreed. It was revealed in the “Public Notice of Dissolution” published in the “Government Bulletin” dated today (September 2nd).

It is a Japanese corporation established by the American professional wrestling organization “WWE”. It was running the Japan tournament, but the “WWE Live Japan” scheduled for July 2-4 this year was canceled.