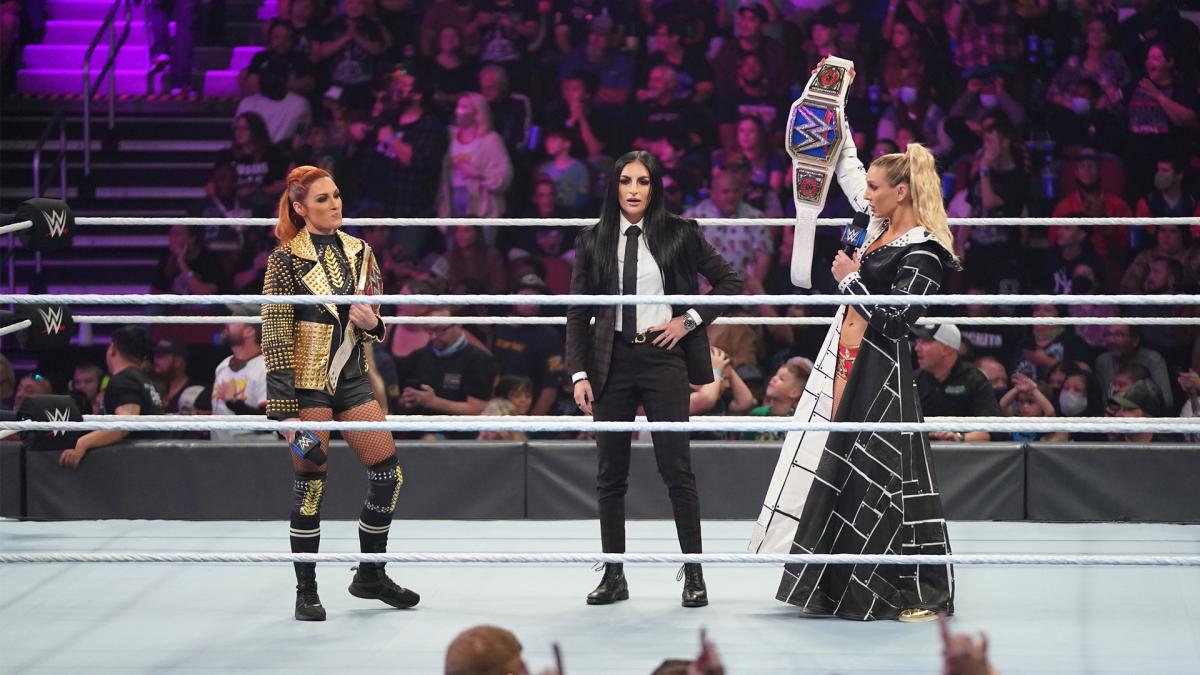 Charlotte Flair and Becky Lynch reportedly were involved in a “heated” backstage incident following Friday’s episode of WWE Friday Night SmackDown in Wichita, Kansas, according to PWInsider and Fightful Select.

PWInsider’s Mike Johnson reported that his sources within WWE stated that prior to the start of Friday’s SmackDown show, Flair had voiced her concerns over WWE’s plans for the Championship Exchange segment between her and Lynch. Flair’s issues reportedly revolved around her not wanting to look weak nor her title reign to look weak during the segment. Johnson reported that despite Flair’s concerns, plans for the segment remained unchanged.

Johnson reported that during the segment itself, two moments occurred that were not originally planned to happen. The first involved Flair tossing her RAW Women’s Championship belt to the ground instead of handing it over when Lynch attempted to grab it. The other involved Lynch tossing her SmackDown Women’s Championship belt at Flair afterwards which was meant to be done differently than what was originally planned for the segment.

Johnson reported that the segment went back on track following Flair picking up the SmackDown Women’s title and starting her promo to setup Sasha Banks coming out to finish up the segment and close out the show.

Following the show, Johnson reported that there was a confrontation backstage between Flair and Lynch over Flair claiming that Lynch had disrespected her by “trying to make her look bad.” This led to a loud shouting incident between the two but did not involve any physical activity.

In regards to the backstage incident itself, Fightful Select’s Sean Ross Sapp reported that Flair claimed during her loud argument with Lynch that her tossing the RAW Women’s title away from Lynch was just an accident. Flair reportedly was told by several WWE officials to leave the venue before Lynch returned backstage again from her dark match in order to defuse the situation and cool things down between the two.

TalkSport’s Alex McCarthy reported that his sources within the company stated that the backstage relationship between Flair and Lynch had been strained for some time. Flair reportedly had taken offense to Lynch calling her “plastic” during a promo a couple of years ago and the bad blood between the two had grown since then.

McCarthy also reported that Vince McMahon was upset over the backstage incident at SmackDown due to Flair had left the Gorilla position without talking to him first. It was also reported that Flair is currently planning to be backstage at AEW’s Dynamite show later tonight to support Andrade.