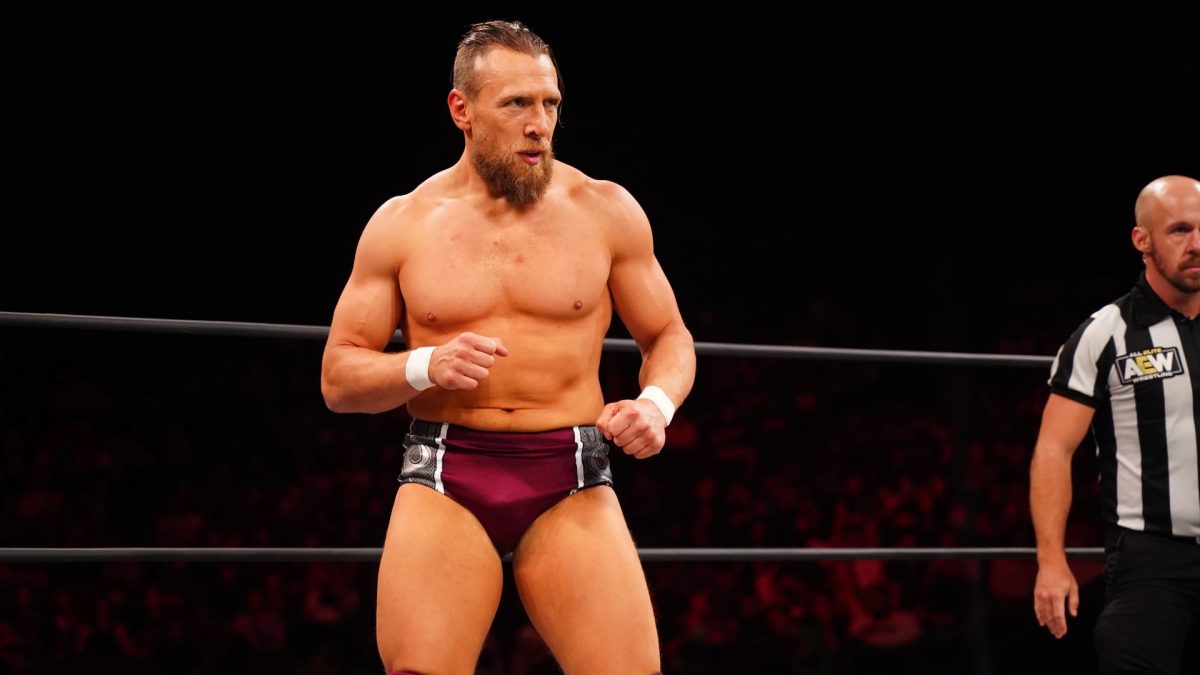 As noted before, WWE held talks with New Japan Pro Wrestling earlier this year regarding a potential partnership deal that would have seen WWE become the exclusive partner of NJPW in the United States. These talks were part of WWE’s attempts to convince Daniel Bryan to sign a new contract to remain in the company.

A recent episode of the In The Kliq podcast had Bryan Danielson as the guest. One of the topics discussed included Danielson confirming that WWE did held talks with NJPW at one point regarding a potential partnership and his ability to work in NJPW while under a WWE contract.

“Well so I don’t know how far along the talks went but, and I don’t know even if I was the start of them for sure but one of the things when I was talking to them when they were — when WWE was trying to re-sign me was I said I wanna be able to go work in Japan and so they were trying to come up with an agreement to where I would be able to go and do that and that sort of thing and so yeah, that was definitely something that was talked about. I don’t know where it went or anything like that. All I know is that now it seems like AEW has a really great relationship with New Japan. So I feel like it couldn’t have gone that well [Bryan laughed].”

The IInspiration Comments on Signing with Impact Wrestling

A recent episode of the Busted Open Radio podcast had the IInspiration’s Jessica McKay and Cassie Lee as the guests. One of the topics discussed included their thoughts on why they decided to sign a deal with Impact Wrestling.

McKay – “100 percent [IMPACT Wrestling is the right fit for The IInspiration]. It took — Cass and I, we spoke about this a lot. Where the possibilities were, where we could end up and it really came down to IMPACT having such an amazing tag team division first and foremost. That’s what we wanted to do, that’s where we feel like we fit the best and when we made the decision to join IMPACT, it just felt right and after WWE, having that feeling of, ‘Okay, this feels really good’ was so important to us. We’ve heard nothing but incredible things about IMPACT so we’re just…”

Lee – “We’re super excited to join the locker room and just be a part of it.”

McKay also commented on the differences between their presentation as a team in WWE and outside of the company.

“I think it’s the perfect evolution, because The IIconics were somewhat seen as a comedy tag team and nothing wrong with that, we loved doing that but we never really — for a brief time, we got a chance to show both sides of our competitiveness and comedy but I feel like The IInspiration is taking that to a whole other level. We have full creative control from our outfits, from our hair and makeup, from our entrance music that we got professionally done. We’ve got a music video dropping. Like we’ve gone all out and created this whole world for The IInspiration and I’m so in love with it and I’m so excited for people to see what we’ve come up with because it really is the evolution of The IIconics.”

“Filthy” Tom Lawlor’s current contract with Major League Wrestling reportedly is set to expire within the next few weeks, according to Fightful Select. It was reported that Lawlor is not expected to sign a new deal with the company and will be leaving once it expires.

MLW reportedly is currently planning a potential December 9th date for their next event at the Melrose Ballroom in Queens, New York, according to PWInsider.

Ring of Honor’s parent company Sinclair Broadcast Group reportedly was recently hit with a ransomware hacking attack that managed to knock out several of their television stations off the air this past weekend, according to NBC News.

Impact Wrestling talent Ace Austin and backstage interviewer Gia Miller recently announced that their home was destroyed in a fire this past Monday. They also announced that they and their cat are currently okay and were unharmed during their escape from the fire. The couple has recently setup a GoFundMe fundraiser to help financially assist them for the rebuilding of a new home.