Becky Lynch Comments on Heat Between Her and Charlotte Flair, Says She Doesn’t Trust Her 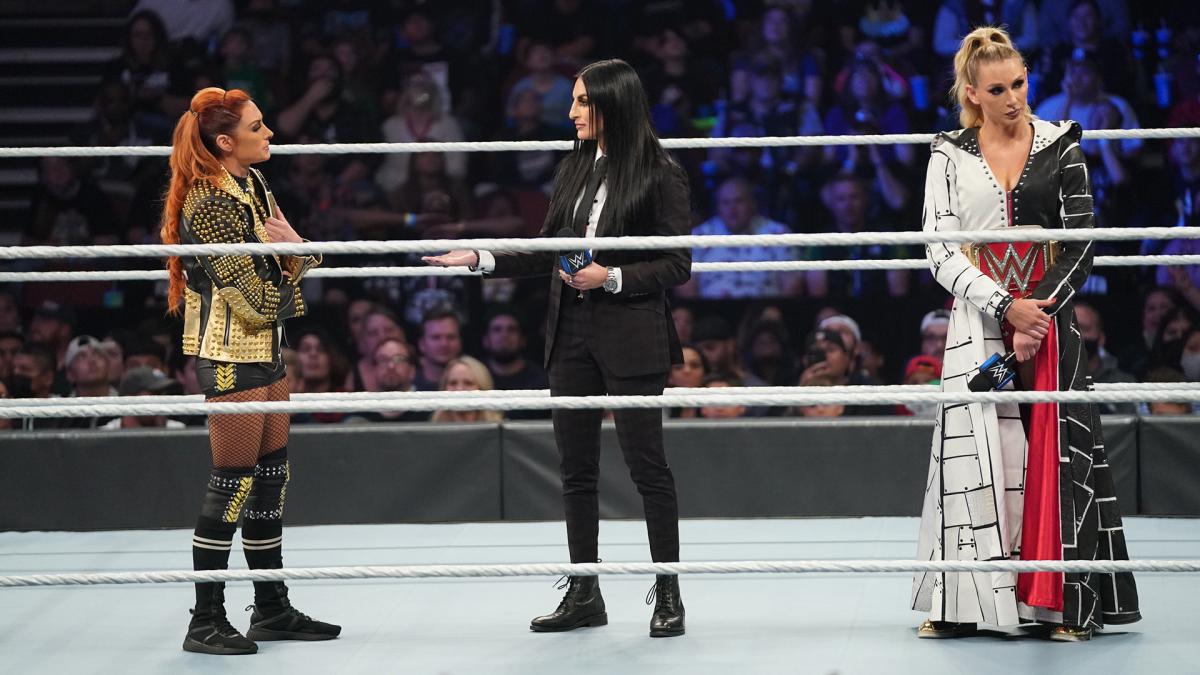 Becky Lynch commented on the real-life heat between her and Charlotte Flair in an interview on the Sports Illustrated Media Podcast that was released today.

The issues between the two wrestlers came to a head on the October 22 SmackDown during a belt exchange segment between Lynch and Flair, where Lynch reportedly felt that Flair disrespected her by throwing the belt on the mat instead of handing it to her. It resulted in a heated backstage argument afterwards, where Flair was reportedly escorted out of the building.

“I don’t know, man. We don’t talk anymore. We don’t talk. So all I’ll say is the locker room needs a hero sometimes. And sometimes somebody’s gotta be a hero. I’m all right being that hero. That’s what I’ll say on that matter.”

Lynch was then asked if having real-life heat with someone makes working with them more difficult.

“Oh, 100% more difficult. Yeah, yeah, yeah. That’s the thing. When you’ve got two people that are wanting to work together to make magic, then you make magic. Sometimes when there’s hostility, when you can’t trust the person, then you never know what’s going to happen. You always have to be on guard. It’s like a game of chess. You have to be thinking two steps, three steps, four steps ahead. What are they gonna do? How am I gonna handle it? If they do this, if they do that, whatever.

“This business is built on trust and working together that’s the art of it. That’s the beauty of it. If I make you look good, you make me look good. It’s an art. It’s a beautiful art, it’s an art I love more than anything. If people don’t know how to make that art, then it becomes difficult. It becomes tricky and you never really get the full potential. But there’s intrigue there, too, because we never know, was this meant to happen? Was that not meant to happen? What’s gonna go down? There’s interest in both ways. One way, it’s the beautiful pure art of pro wrestling. The other way is a bit of a s— show. So we’ll see what happens.”

SI then asked this series of questions:

SI: Do you trust Charlotte Flair?

SI: Were you guys friends and no longer friends?

Lynch: We used to be best friends.