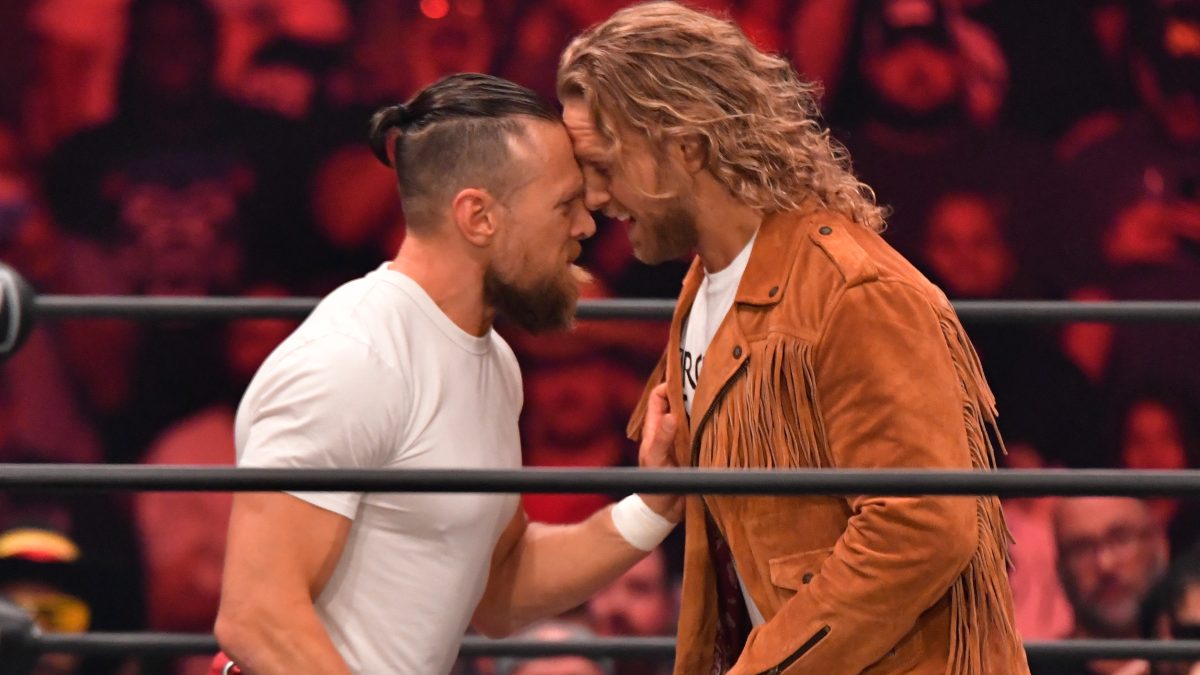 A recent episode of the Busted Open Radio podcast had Bryan Danielson as the guest. Some of the topics discussed included his thoughts on Ring of Honor going on a hiatus soon and if he considers himself to be a heel character for his current feud with Hangman Adam Page in AEW.

On the topic of Ring of Honor going on a hiatus soon, Danielson stated:

“I was just sad and especially I guess what the hard part in all of it is I think of the people in the jobs, right? You know what I mean? They’re not gonna do the full-time contracts or anything like that anymore or that sort of thing and then we’re coming — this is coming in a year where it’s like okay, we still got the pandemic going on, we’ve got a lot of people getting cut from the WWE side, you know what I mean? There’s not a ton of full-time jobs out there and you know, people who sign these contracts and they buy houses on these contracts and they think it’s guaranteed money and all that kind of stuff and where that really hits hard for me is like I was fired twice by WWE and it’s funny because both times, I was fired shortly after I had bought a new car and you have to think, none of these are nice cars and they are used cars or whatever, you know what I mean? But like, in both of them, I wasn’t able to pay it off in full but the first time especially in 2001 when I got fired. I had a 350 dollar a month car payment. All of a sudden, that car payment really — I was having to work two jobs between that and insurance and all that kind of stuff. I bought the car with the idea that, ‘Oh, I’m gonna make 500 dollars a week for the next three years’ or whatever it is, you know what I mean? And all of a sudden you don’t have that guaranteed money coming in and you’re trying to find stuff and you don’t have a college education and you’re making 50 to 75 dollars per indie show and whatever it is, you know what I mean? Like, it can put you in a rough spot and especially now, if those contracts are much higher I assume than my developmental stuff and that’s with the Ring of Honor and the WWE cuts, people are buying houses based on that and then all of a sudden they’ve got a mortgage, all that kind of stuff so my first thinking in that is the people. I’m concerned for the people.

Second, there’s just a sadness there of like if it weren’t for Ring of Honor, I probably wouldn’t be where I’m at today because that was the main platform where people got to know me, right? And that was the main platform where I was able to show my ability to wrestle and that kind of stuff and so yeah, you know, it makes me a little bit sad but what I hope is that they’ll come back with a sort of reinvigoration kind of; with a plan and come back and be awesome, you know? Because I think the more awesome wrestling companies there are, the better it is for everybody. I think that’s one of the things that’s been great now is AEW’s been great for wrestling fans but it’s also been great for wrestlers, you know? It’s been great for me to be able to have that kind of choice when my contract was up. I could’ve stayed in WWE or go do something else. So I think yeah, I think it would benefit a lot of people if Ring of Honor were to be able to stick around and then be a great promotion.”

On the topic of if he considers himself a heel during his current AEW World Championship feud with Hangman Adam Page in AEW, Danielson stated:

“So, I don’t know what people are talking about. I thought the people of Virginia were giving me a really tough time.

I don’t think anything I said was wrong or even mean to say, ‘Hey, congratulations Hangman Adam Page. You are the world champion, I’m a little disappointed it’s not Kenny Omega because that’s who I wanted to beat for the AEW Championship. And I’m a little disappointed that you’re not wrestling tonight and that you haven’t been wrestling that much and I’ve been wrestling every single week since I’ve come to AEW.’

I don’t think any of that is overtly mean [laughs]. I think because people boo me, and I’m not gonna lie I do enjoy being booed. There’s something just so fun about it [laughs].

So, I might lean into that a little bit more but there was nothing I said that was wrong or mean or anything like that. Now, because of that I’m gonna kick all of his friends’ heads in but I think I would be doing that anyway.

I don’t consider it a heel turn. I’m just being me.”