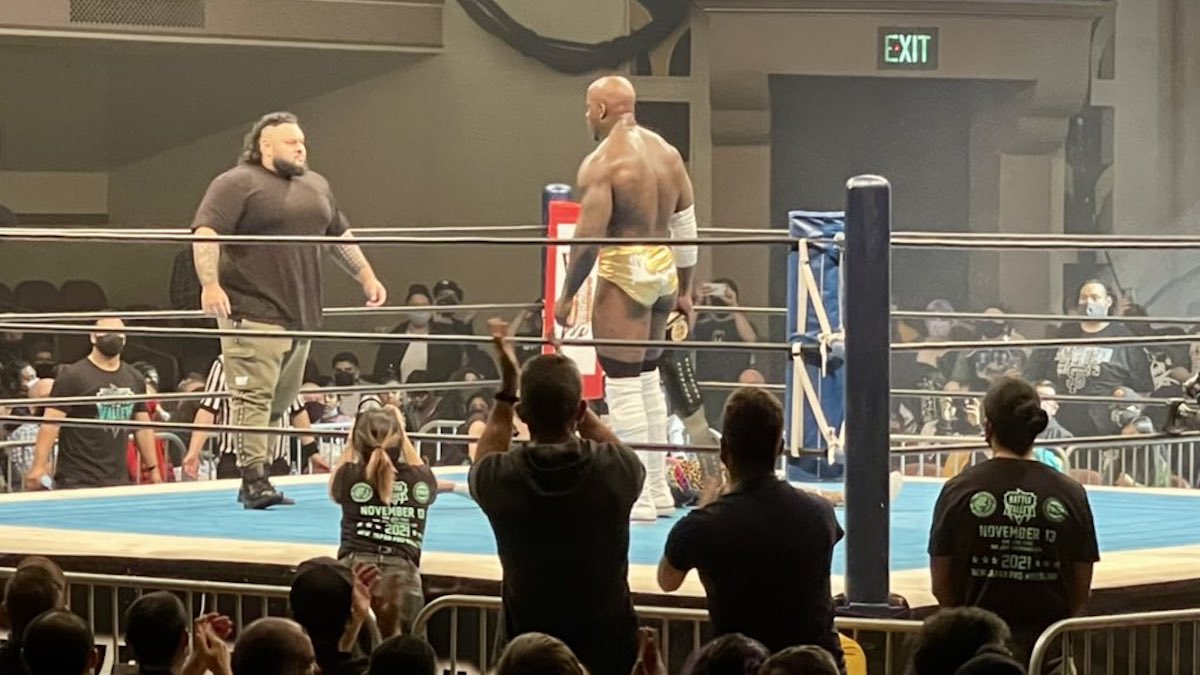 Bronson Reed, now going by the name Jonah, made his NJPW debut at their Battle in the Valley show Saturday night in San Jose, CA.

After Moose defeated Juice Robinson, Jonah appeared in the ring and stared down Moose. Moose left the ring, and Jonah hit a senton splash on Robinson. Robinson’s tag team partner David Finlay came out to try to make the save, but Jonah attacked him and hit him with a senton also.

He then got on the mic and said that the shackles are finally off and now the real violence begins. He said that NJPW was now “looking at [their] top dog” and finished with, “Jonah is here.”

‘Now the shackles are finally off! Now the real violence begins! New japan Pro-Wrestling- you are looking at your Top Dog!@JONAHISHERE!

Jonah Rock showed up at #njValley after Moose beat Juice Robinson. He said now the shackles are off and the real violence begins. pic.twitter.com/WPaN2M8ijh