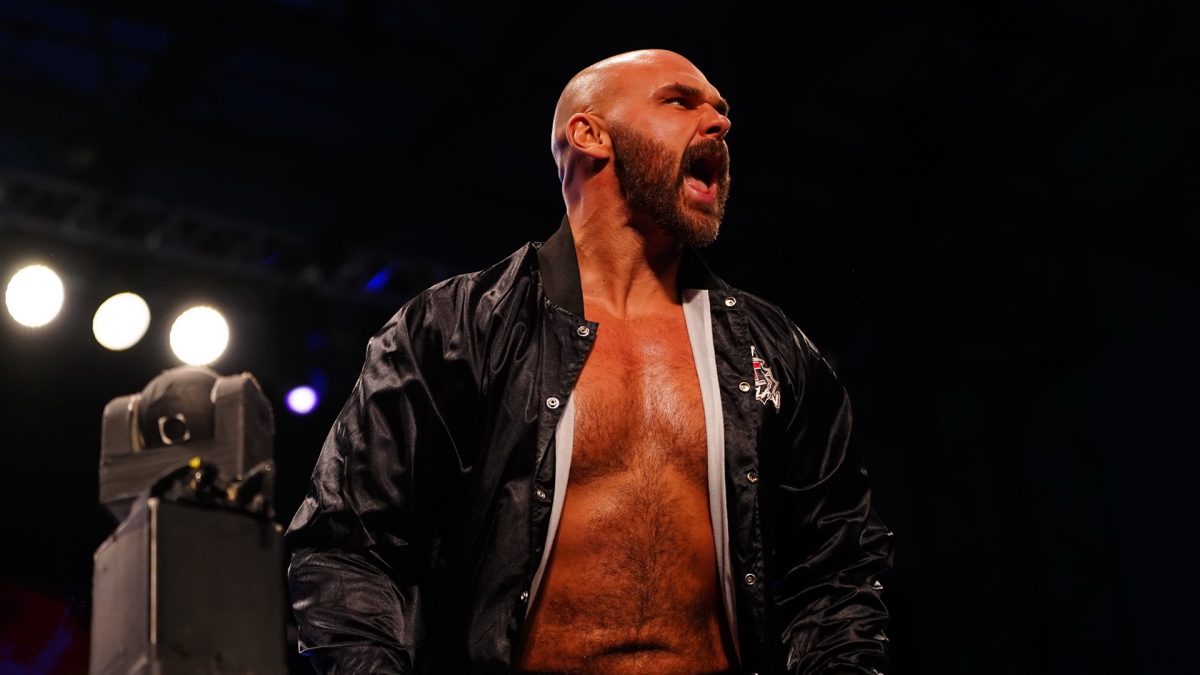 Fightful Select reported that the match did not end as originally planned due to Dax Harwood suffering a legit injury early into the match itself. It was reported that their sources within the company stated that Harwood had either been accidentally knocked out or almost knocked out around ten minutes into the match. This was stated by their sources to be the reason why he was sidelined for a good portion of the match.

It was reported that Rey Fenix has a backstage reputation of being someone who tends to work stiff during his matches and some within AEW’s locker room were not happy that he did not bother to check up on Harwood’s well-being after the incident took place. It was also reported that Fenix currently does not have any major backstage heat over this issue.

In regards to the originally planned ending for the AEW World Tag Team title match, it was reported that their sources stated that Harwood was supposed to be a factor in the finish of FTR reprising their roles as the masked Las Super Ranas team for the illegal man pinned ending.

A recent episode of the Paltrocast with Darren Paltrowitz podcast had The IInspiration’s Cassie Lee and Jessie McKay as the guests. One of the topics discussed included Lee and McKay revealing the origins and inspiration for their current characters in Impact Wrestling.

McKay – “It was actually The Beautiful People. I’m going back in the day, I used to watch it on YouTube because the internet wasn’t that big back then. As a teenager, that was pretty cool to see, because they were these sexy, beautiful women with these incredible bodies, but they’re also so different as well. They each had their own individuality, and they could kick your ass in the ring. So that was probably the earliest memory where I was like, ‘Oh, wow, this is, — I want to do that. I want to be like that because that’s a strong woman right there. So absolutely. I have to say their entrance is the first memory that I really kind of go back to.”

Lee – “It’s actually the exact same and exactly what Jess just said. So I’m just gonna repeat her. But I like that, being able to be a feminine and beautiful woman and still be really strong and independent. That is, and pun intended, that is super inspiring to me.”

Dave Meltzer reported in this past Sunday’s Daily Update that AEW’s Full Gear 2021 event from this past Saturday generated around 50,000 searches on Google and a #14 ranking for that day.

During a recent interview with the Battleground Wrestling podcast, Booker T revealed that his Reality of Wrestling promotion is currently working on plans to hold a memorial tournament called the Sherri Martel Classic at some point in the future.

As noted before, Chris Dickinson suffered a serious leg-related injury at New Japan Pro Wrestling’s Battle in the Valley event this past Saturday, which will require Dickinson to be out of action for at least the next six months. A GoFundMe fundraiser was recently launched to help financially support Dickinson’s medical costs.

Game Changer Wrestling recently announced that they will be holding an event on January 14, 2021 at the Harpo’s Theatre in Detroit, Michigan.

GCW also recently announced a new match for the card of their So Alive event on December 4th in Dallas, Texas:

DEFY Wrestling recently announced a new match for the card of their Brutalist event on November 20th in Seattle, Washington:

The National Wrestling Alliance announced two new matches for the card of their Hard Times 2 event on December 4th in Atlanta, Georgia: