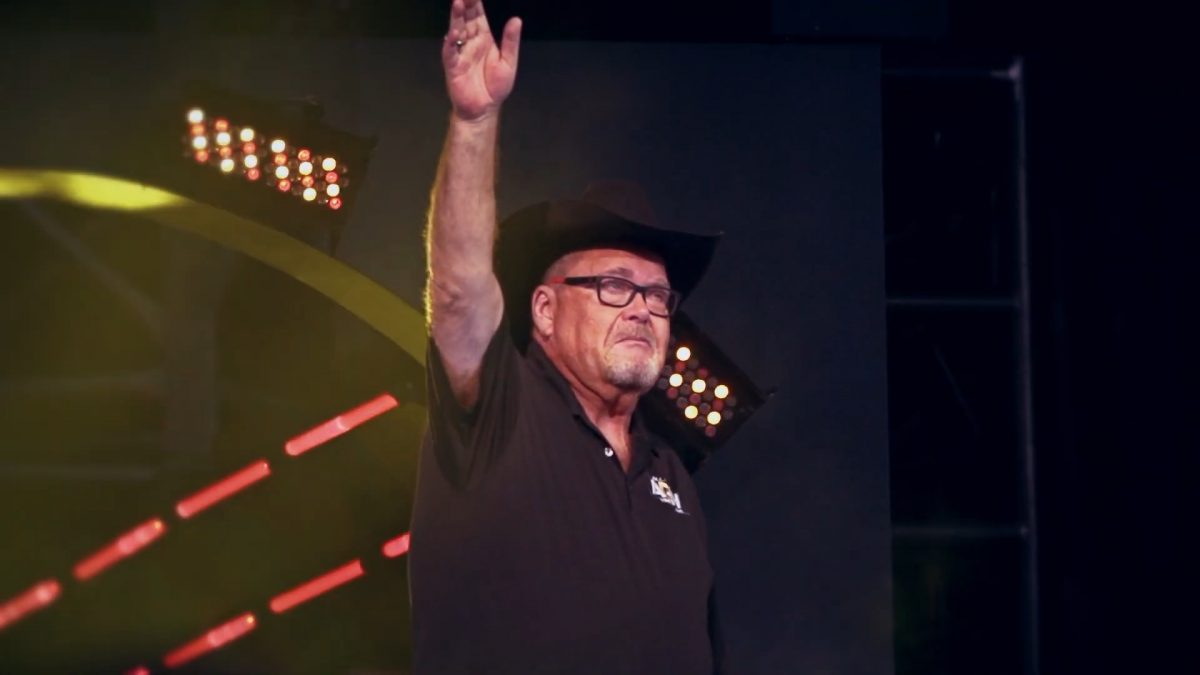 As noted before, AEW commentator Jim Ross revealed last month that he has been diagnosed with skin cancer based on the results from his recent medical tests.

During a recent episode of the Grillin JR podcast, co-host Ross provided a medical update on the current status of his skin cancer treatment. Ross stated that he currently does not believe that he will miss any work time with AEW while he undergoes radiation treatment for his skin cancer.

“I’m gonna start doing radiation soon. I have to do 22 radiation treatments. I somehow have to figure out how to do it on consecutive days if I can do it every day for three weeks or something, maybe longer. It’s inevitable. It’s coming and I have to deal with it. I don’t plan on missing any work according to my doctors. It’s just a matter of dealing with the issues, grit your teeth, and moving on. I really appreciate all the fans who have reached out on social media, giving me their encouragement and prayers. I didn’t get the worst kind of skin cancer. It’s part of the journey and I’ll deal with it, it’s just a pain in the ass to get all these treatments. The good thing is there is no chemotherapy, so that helps with all the aftereffects and things of that nature. I’m just handling it and dealing with it. I’ve dealt with more and will continue to persevere.”

ROH Announces Full Card for Honor For All 2021 Event

Indie talents Danhausen and Mance Warner both suffered serious injuries at an event called Nightmare in the Old City for Next Generation Wrestling: Tennessee this past Sunday. Danhausen revealed on Twitter that he suffered a broken ankle. Fightful’s Sean Ross Sapp reported that Warner had suffered a broken tibia and fibula and underwent successful surgery for both. Following news of their injuries, NGW Tennessee tweeted out links for those interested in helping financially support Danhausern and Warner with their medical costs.

Game Changer Wrestling announced that former NXT talent Leon Ruff will be making his official debut for the company at their Evil Deeds event on November 12th in Detroit, Michigan. Ruff will be performing under the new ring name of Leon Ruffin going forward in the indies.

A new wrestling promotion called Deadlock Pro-Wrestling was recently announced to be launching this December. This promotion is led by the hosts of the Deadlock wrestling podcast series. It was also announced that they are currently scheduled to hold tapings for their upcoming weekly Fire series on YouTube starting on December 11th and their debut event on January 8, 2022 in the Raleigh, North Carolina area.

Japanese newspaper The Mainichi reported that the Japanese government has recently eased certain restrictions for live public events during the coronavirus pandemic in the country. It was reported that 27 of the country’s 47 prefectures will be easing their restrictions for public events. All venues reportedly will now be allowed to hold live events with 5,000 spectators or a 50% venue capacity based on whichever is larger. It was also reported that larger capacity venues will now be able to hold live events with more than 10,000 spectators allowed in the Tokyo and several other regions that were under a state of emergency or quasi-state of emergency since September. It was also reported that public events will also now be allowed to have spectators shout and cheer but they will be limited to 50% venue capacity. (English translation via PostWrestling.com)