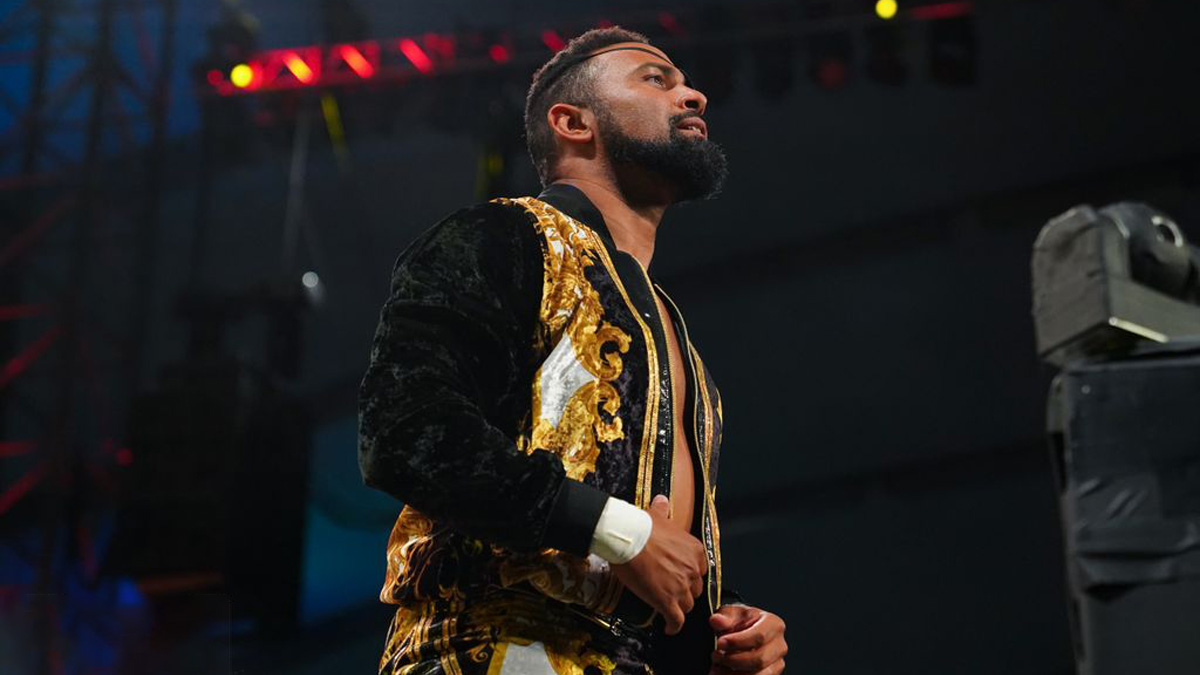 A recent episode of the Battleground Podcast had Rocky Romero as the guest. Some of the topics discussed included Romero revealing that Kenny Omega played a big role in the forming of a partnership between AEW and New Japan Pro Wrestling and WWE’s talks earlier this year for a potential partnership with NJPW.

On the topic of Kenny Omega playing a big role in the forming of a working partnership between AEW and NJPW, Romero stated:

“It kind of started with [Chris] Jericho [AEW/NJPW crossover], obviously [Jon] Moxley being a guy who’s important to both companies and Moxley always wanting to do something and kind of being that main focal point because obviously, he wasn’t really mixed up into the drama of what was going on between AEW and New Japan and wrestlers, whatever and then the third big component I feel like besides Tony [Khan] was obviously Kenny [Omega]. Kenny being a part of it and kind of Kenny — Kenny was one of the ones who reached out first and just said, ‘Hey, I know Moxley and KENTA have this thing and I’m doing this…’ Obviously he had a big rivalry with Moxley as well so you know, Moxley being the focal point… so you know, obviously Kenny and New Japan had their issues as he left New Japan to join AEW and I think — so that was a big step in the right direction and obviously Kenny is incredible at what he does. He’s literally one of the best, he’s a true pro and obviously to see the grand picture, he was the one that kind of who helped facilitate that amongst, I guess, probably at least the EVPs, you know?”

On the topic of WWE’s talks earlier this year with NJPW for a potential partnership and NJPW’s Kazuchika Okada making a potential appearance in AEW, Romero stated:

“You know, I mean I don’t know how much I can actually say but could say that definitely they reached out. You know, WWE definitely reached out as they do every X amount of years I feel like they reach out. I mean obviously [Bryan] Danielson being in the middle of that was no secret and it was no secret to Tony [Khan] either or AEW so, obviously Tony was a part of that too once Bryan was completely free and clear to make those talks with him so, so yeah. There was — a lot of people talk, you know what I’m saying? There’s talking. I wouldn’t go so far to say that there was ever gonna be a deal made or anything like that. It’s just like, you know, WWE comes knocking on the door and they wanna talk, people are gonna listen to what they have to say but I mean obviously working with AEW versus working with WWE is two completely different things, you know? Where AEW, they have a true understanding of New Japan and what the product is and have a complete respect for the history of the product, for what the product is, for the wrestlers and how they do. I mean obviously because, you know, New Japan wrestlers kind of leaving New Japan helped to start AEW so there’s always been that crossover connection so, it just seems to make sense in the grand scheme of things, both companies working together and I think it’s been — obviously it’s just been the beginning of it and I think that this is gonna be a — like the Hangman Page, Kenny Omega feud, this is gonna be a long-term thing so I think people are excited of course and they’re ready for [Kazuchika] Okada to show up and fight Kenny at Full Gear or something but like, I think this is gonna be a long-term thing because both companies are building themselves up right now, you know?”

Major League Wrestling recently announced that they are enacting a new company policy in the regards to the usage of free agent talents for their shows starting this December.

Recognizing an unprecedented free agency market, MLW will open its doors to all who think they have what it takes to be major league and take on MLW’s greatest grapplers and champions.

While the majority of MLW’s roster features contracted competitors, a percentage of each card will now feature free agents, ensuring exciting and unpredictable matchups.

“Why allow your career to be at the mercy of the whims of a billionaire?” said MLW Matchmaker Cesar Duran. “I’ve always welcomed the hottest free agents to my arena. An open door policy gives MLW fans exciting dream matches against MLW’s best!”

With a wave of new, exciting free agents unexpectedly finding a need for work, MLW’s open door policy ushers in an era where MLW contracted talent will face the most in-demand freelancers.

“Whether they fight one night or 10 years in MLW, the open door policy will showcase and give exposure to a wide variety of talent and create the best cards for fans while creating…. opportunities,” continued Duran. “Who will step forth? Let’s find out!”

Danielle Moinet, former Summer Rae in WWE, reportedly was seen backstage during this past weekend’s Impact Wrestling television tapings in Las Vegas, Nevada, according to PWInsider. Mike Johnson reported that it is currently not known if Moinet will be working for the company soon or was just visiting.

Game Changer Wrestling recently announced that Ruckus is next official inductee for the inaugural class of their Indie Wrestling Hall of Fame.

Masters Of Ring Entertainment recently announced that Adam Scherr, former Braun Strowman in WWE, will be making an appearance for WrestleCade at their WrestleCade Revenge event on November 27th in Winston-Salem, North Carolina.

Terminus recently announced that Daniel Garcia will be making an appearance for the company at their debut event on January 16, 2022 in Atlanta, Georgia.

Ring of Honor recently announced a new match for the card of their Final Battle 2021 event on December 11th in Baltimore, Maryland:

Lucha Libre AAA recently announced a new match for the card of their Triplemania Regia II event on December 4th in Monterrey Mexico: