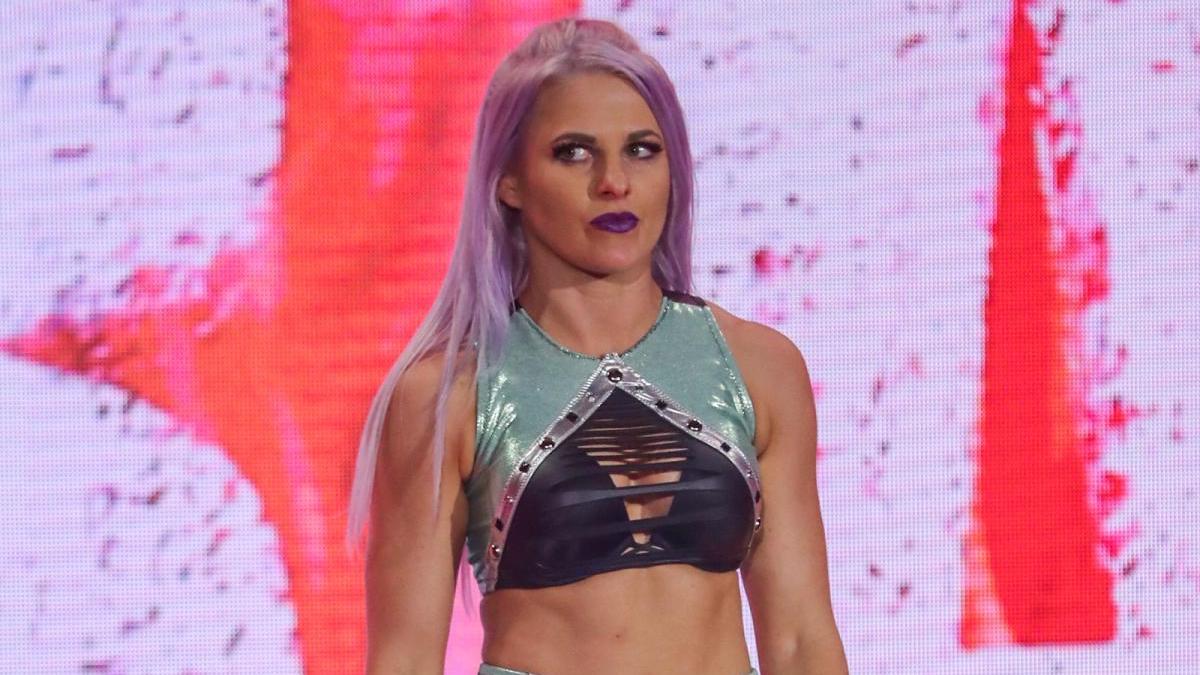 As noted before, Candice LeRae’s contract with WWE is currently expected to expire in May of 2022. LeRae has been out of action for WWE since this past July due to pregnancy-related reasons.

Fightful Select reported that their sources within WWE stated that there has not been much internal discussions by WWE officials over potentially re-signing her to a new deal with the company. Those same sources stated that the company usually tends to prefer to wait until contracts are close to expiring before engaging in any serious contract talks with talents.

In regards to the recent rumors that WWE could freeze and extend the length of LeRae’s contract due to pregnancy and maternity leave related reasons, it was reported that their sources stated that WWE officials also have not held any recent internal talks over that idea.

This past Tuesday’s episode of WWE NXT featured the potential final WWE appearances of Johnny Gargano and Kyle O’Reilly. Both Gargano and O’Reilly’s contracts are currently set to expire at the end of this week.

Gargano recently reflected on Twitter about his special announcement segment that closed out NXT’s show and his appreciation towards his fans.

Even after last night.. I still can’t put EVERYTHING I’d like to say into words right now. Just know that I appreciate all of you more than I can ever really express. Hope I made ya proud.

Gargano also shared pictures of him with Candice LeRae, Tommaso Ciampa, Shawn Michaels, and Kyle O’Reilly that were taken by fans in attendance after NXT’s show went off the air.

O’Reilly also recently reflected on Twitter about his appreciation towards those who have supported him and the future of his wrestling career.

Truly overwhelmed by all the love and heartfelt messages. By no means does this mean goodbye… just smell ya later. pic.twitter.com/w8xHVxkHKG

Xavier Woods held a new gaming streaming session on Wednesday on WWE’s UpUpDownDown YouTube channel. This was the first time that Woods has released new content for the channel since October 15th. Prior to the new stream, Woods and other content creators for the channel had been involved in a dispute with WWE over low pay issues.

During a recent episode of the Out of Character with Ryan Satin podcast, Liv Morgan revealed that she is currently working on producing her own themed NFTs. Morgan stated “I’m making my own (NFT) right now. I’m designing my own. What does it look like? I want to tell you, but it’s not done yet and I don’t want this to air before it’s done and someone steals it because I think it’s really cool. It’s ShopLiveMore related. I’m excited about it and I’m shopping right now for…not custom made ones by me and my team. I’m on the hunt and shopping right now. I want to find one that speaks to me. If it’s a for sure thing, it doesn’t mean I want it. I want what gravitates towards me and what I feel. When I find the right one, I’ll for sure pick it up.” (Transcript h/t: Fightful.com)

Kairi Sane recently removed all references to WWE on her Instagram account and updated her bio stating that she is a former WWE Superstar and WWE NXT Women’s Champion.

NXT UK talent Flash Morgan Webster announced on Twtter that he recently underwent shoulder surgery to repair a torn labrum that he had been dealing with for the past three years.