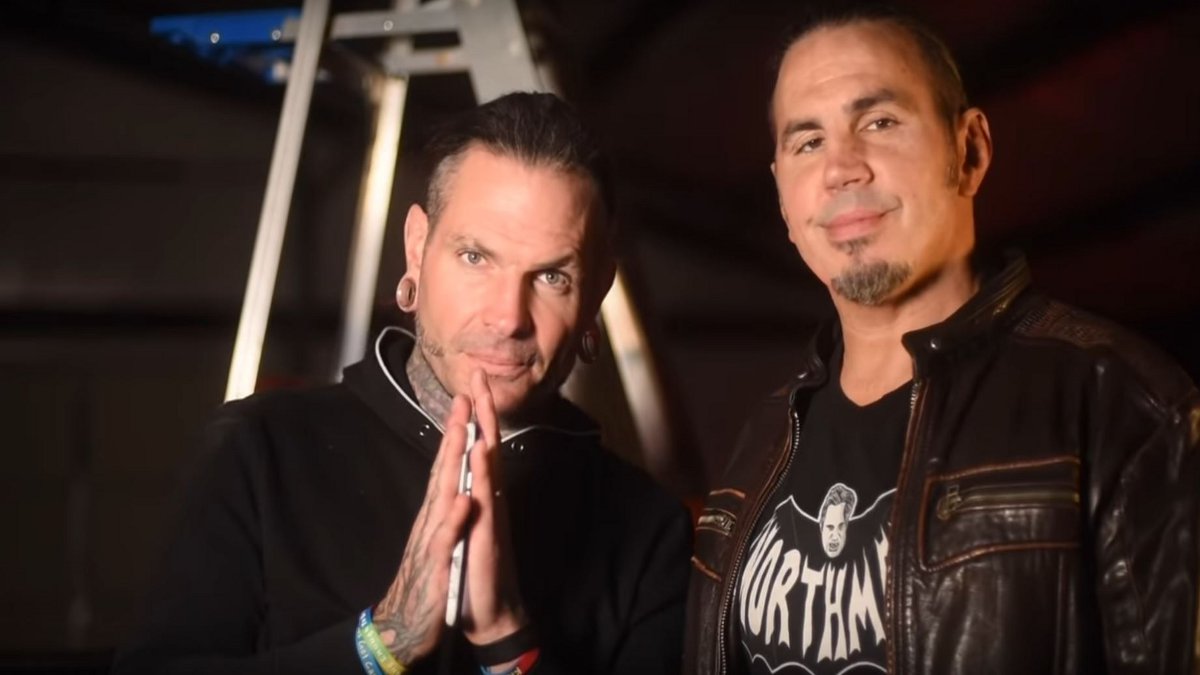 As noted before, WWE released Jeff Hardy last week due to issues involving an incident at a house show event on December 4th in Edinburg, Texas and Hardy’s refusal of the company’s offer to enter rehab following the incident.

Matt Hardy held a recent stream on Twitch and one of the topics discussed included Hardy providing an update on the status of his brother Jeff and his thoughts on Jeff’s recent release from WWE.

“For the people who are worried about Jeff [Hardy] or concerned about Jeff, I’m here to tell you he is good and there is no reason to be worried or concerned about him. I’m gonna say this and I’m gonna preach here for a second. In 2003, when my brother was first released from the WWE, I was worried about him then. He was in a very dark place, we were still young, we were new and this stuff was all kind of new to us. I was very legitimately worried and concerned for my brother then and it took a couple of years but he finally got through that stage and then later on, there were obviously points in time where himself, where Jeff and I myself, we had both had issues because our bodies were so beat up; pills and whatnot and we both got past that and Jeff does not have any kind of issue with that, I do not, we will not, I never will and then in 2019, there was a time when there was so much drama going on and Jeff had his issues with alcohol, which are very well documented and then WWE ended up having him go to rehab at that point and after he got through that period, that was a very good experience for him and he learned so much and I could communicate with him a lot better because I had also experienced that same type of deal and we have that in common that we could talk about and our relationship was also strained then because myself and my wife [Reby Hardy] were doing all that we could to hold Jeff and his family accountable because we were concerned about them over his behavior and I was concerned about Jeff then. But for the last year-and-a-half, couple of years, Jeff has been the best version of himself that I have ever seen.

Of course [WWE made a storyline out of Jeff’s personal issues] and that was something — and I’ve been very adamant and vocal about that. I think that’s a terrible thing. If someone — obviously Jeff’s addiction problems are very well documented and they went back to that several different times and that’s the last thing anybody who is working hard to recover from, you know, really wants to hear over and over. It’s the last thing. So, what I am saying is that Jeff is in the best place I’ve seen him in a very long time. As far as the details of what went down on that evening and in that match on that night, I have talked with Jeff, I feel good about everything he said and that is Jeff’s story to share and I am sure he will when he is ready to. Actually, he’s told me he will when he’s ready to. But, before anyone rushes to judgement, obviously they drug tested him after all this stuff. Wait ‘till you hear the results of that and when that comes back clean, then you know, hopefully people will feel better about it. You know, because I feel very good about Jeff, I feel confident about Jeff, and WWE, I understand their stance too. They feel like they were kind of backed into a corner because of his history and even though they may have jumped the gun with this a little bit, they made a decision and it is what it is and Jeff did say he wasn’t gonna go to rehabilitation because he didn’t feel he needed to and I don’t think he did either and that’s the honest to God’s truth. So that is where that lies.”

As noted before, Bayey has been out of action for WWE since suffering an torn ACL injury while training this past July.

Bayley recently provided an injury update on Instagram stating that she currently feels fine and it is only a matter of time before she is medically cleared for an in-ring return.

This past Friday’s episode of WWE Friday Night SmackDown drew a final viewership of 2,142,000 on FOX, according to ShowBuzz Daily. This was down compared to the initial overnight number of 2,172,000 viewers on the network.