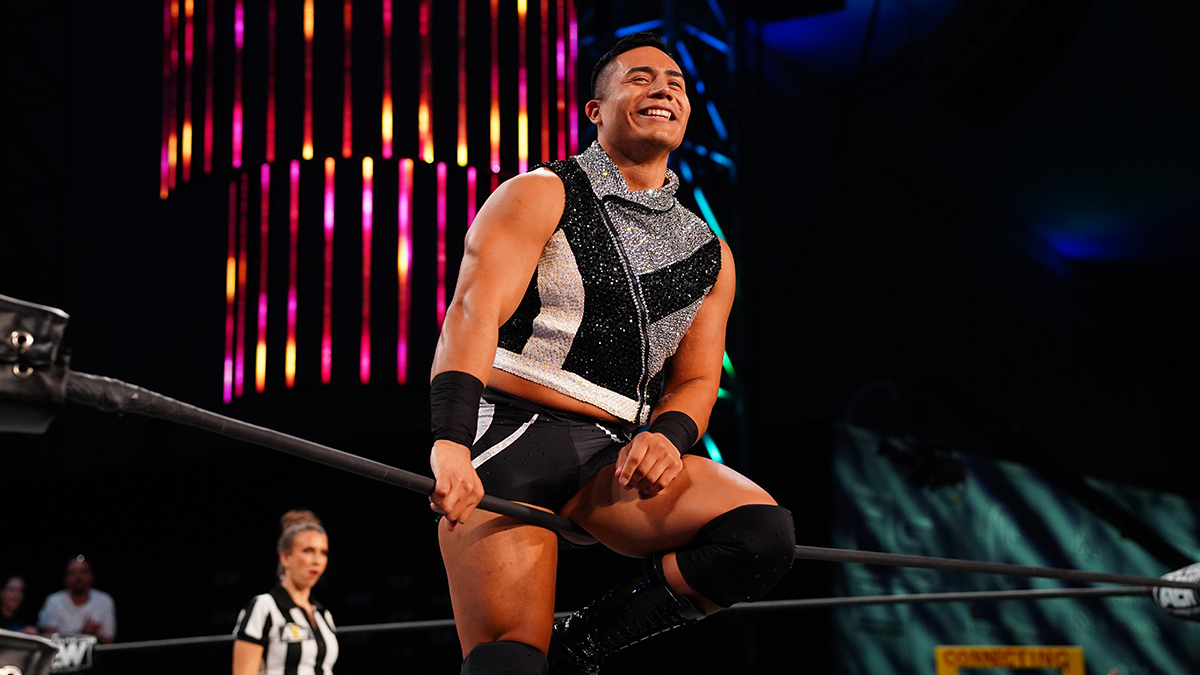 Jake Atlas reportedly “blew out his knee” during his match against Adam Cole at the AEW Rampage tapings tonight after Dynamite in Newark, NJ, according to PWInsider.

There’s no word yet on the severity of the injury. Bryan Alvarez reported that Atlas is scheduled for an MRI.

The injury happened when Atlas attempted a springboard from the apron onto the top rope, but was superkicked by Adam Cole. He fell awkwardly and grabbed his leg as he went down.

The match went right to the finish after that, with Atlas trying to get up to take a Panama Sunrise, but he was unable to put weight on his leg, so Cole put him in a kneebar and Atlas tapped to end the match.

Atlas was helped to the back by AEW officials and checked out.

It was a rough night for injuries as Rey Fenix also suffered a horrific-looking arm injury earlier in the night on Dynamite.