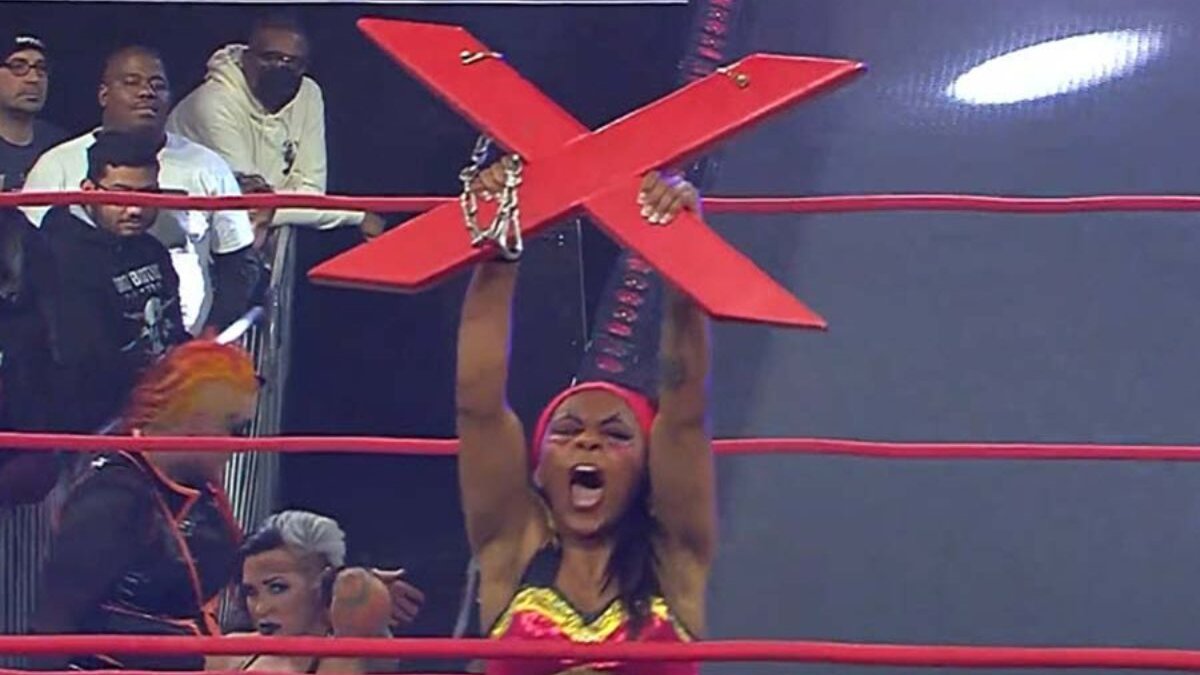 A recent episode of the Busted Open Radio podcast had Tasha Steelz as the guest. One of the topics discussed included Steelz’s thoughts on the talks she and Jordynne Grace had with Impact Wrestling’s EVP Scott D’Amore over the idea to hold a Women’s Ultimate X match at Hard to Kill 2022 event.

“This is at the very top [winning Ultimate X is my biggest accomplishment in wrestling]. This is something a lot of people weren’t expecting us women to do, you know? And I believe since last year, Jordynne Grace and I, we were just — we were bugging the hell out of Scott [D’Amore]. We were just backstage like, ‘We can do it, we can do it, we can do it. I know we can do it.’ Slammiversary, we saw that structure go up for the guys and we just — we climbed up there ourselves and we’re like, ‘Scott, we can do this. You gotta give us this match, you gotta give us this match’ and it’s not like he immediately said no, but I knew just looking at his face and just watching us climb up there, the wheels were turning, you know? We just didn’t know. So when it did get announced, it was just for me, butterflies just went because I have to be in this. This has to be my time, my moment. If we’re gonna keep talking about it, we wanted this match, it’s something that I needed to do, wanted to prove that we’re out here showing what we could do just as much as the guys can do, if not better and this was just at the top of the list so, anything else, hell yeah, we can do it. If [we can do] the X Division match, we can do anything else that the guys can do.”

“Oh man, after [it was all] said and done [Knockouts Ultimate X], the emotions came out of all of us. I mean we were all backstage just balling our eyes out and you know what I mean? I’m a thug, I don’t like to cry but, I couldn’t help it. It’s just one of those things where like I said, there were people kind of doubting that we [would] be able to do it and [then] we did do it and no one got seriously injured, no one got seriously hurt and we put our bodies on the line and we accomplished the match and we got all the chants. We got the ‘Holy sh*t’ chants, we got the ‘this is awesome’ chant and it just ran through us and it was just something backstage, like that emotion that we all just group-hugged and said, ‘We did it’ and yeah, that emotion came out of me and I was happy. I was just happy with everything that we accomplished.”