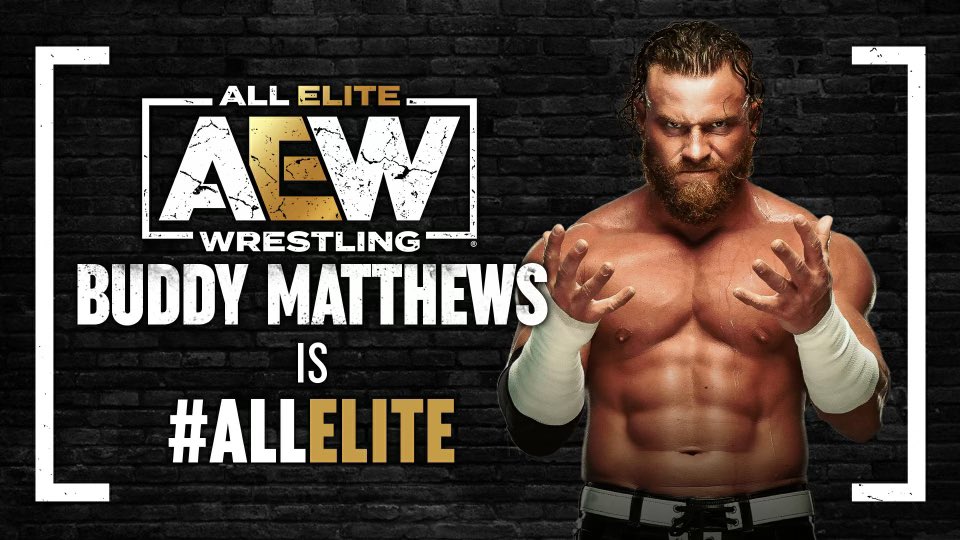 Buddy Matthews (formerly known as Buddy Murphy in WWE) has officially signed an AEW contract and made his debut tonight on Dynamite, aligning himself with the House of Black.

After a Malakai Black & Brody King vs. Pac & Penta match, Black and King were going to attack Penta with a shovel when the lights went out… When they came back on, Buddy Matthews was standing in the ring and stared down Black… but then attacked Pac and aligned himself with the House of Black, then eventually hit Penta with a stomp on a chair as ordered by Malakai Black.

Do we have a new member of the #HouseOfBlack?!
Tune in to #AEWDynamite LIVE on @TBSNetwork right now! pic.twitter.com/KS6Xjo7WEN

Matthews was released by WWE back in early June. Since then, he’s wrestled for various promotions, including NJPW Strong and PWG.