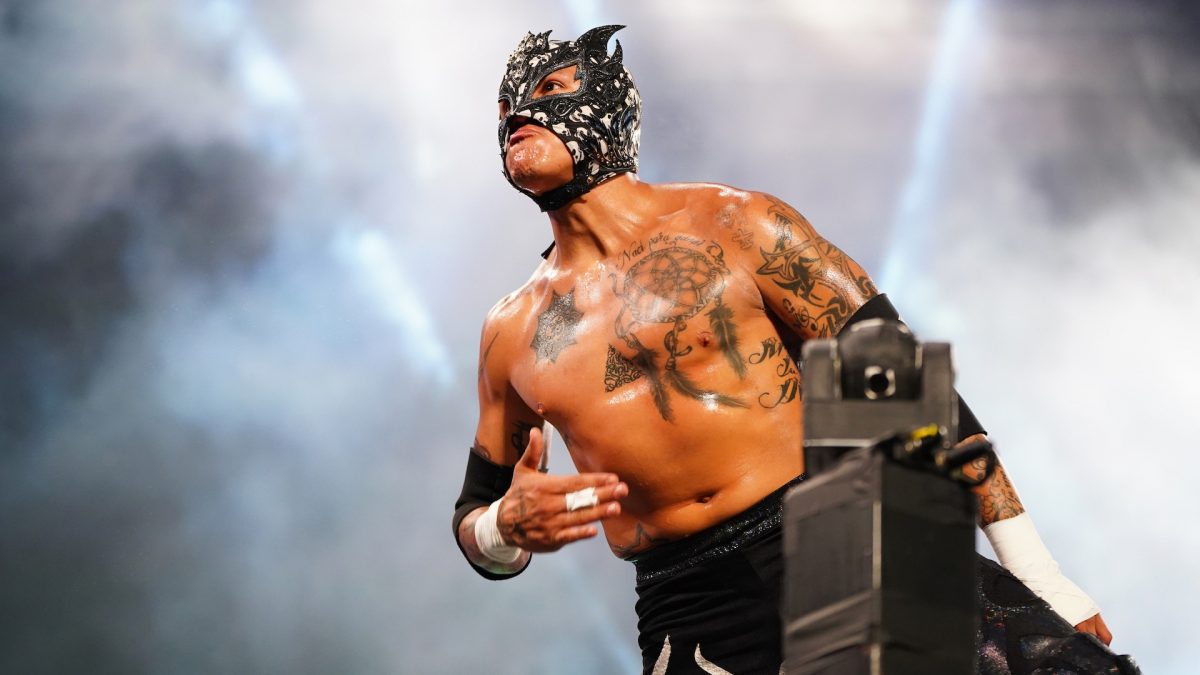 Rey Fenix is about a month away from returning from his dislocated elbow injury, according to the Wrestling Observer Newsletter.

Fenix suffered the gruesome-looking injury on the January 5 Dynamite when he was put through a table by Luchasaurus and landed badly on his arm.

The Observer speculated that once he returns, he could be involved in a six man feud where he, Penta and Pac take on Malakai Black, Brody King, and possibly Buddy Matthews (formerly Buddy Murphy), who is rumored to be signing with AEW soon and has been talked about as a potential new member in the House of Black.

Madcap Moss was said to be OK backstage after taking a scary-looking Alabama Slam from Drew McIntyre at Elimination Chamber today and landing badly right on his head, PWInsider reports.

After the spot, Moss was checked on by officials and was able to continue the match.

McIntyre commented on Moss’s toughness after the match.

Do not sleep on @MadcapMoss, he is one TOUGH SOB 🤯 He just needs some proper guidance and a career awakening like I had & he’ll be something special. Now I have my eyes set on you @BaronCorbinWWE#WWEChamber pic.twitter.com/pWtkC0PcLp

Sammy Guevara tweeted that he suffered a scratched cornea during his match against Darby Allin on Wednesday.

He didn’t say if he would need to miss any time. Depending on the severity, a scratched cornea typically heals in a couple of days.

He’s scheduled to defend the TNT Championship against Andrade El Idolo on Rampage, which will be taped Wednesday.

Finally able to open my eyes I suffered a scratched cornea on Wednesday.

All respect to Darby, We came into this company with everything to prove & in 3 years we have shown that we not only belong but we are this place.

Every time I’m on your TV I’ll give you a show, I promise.