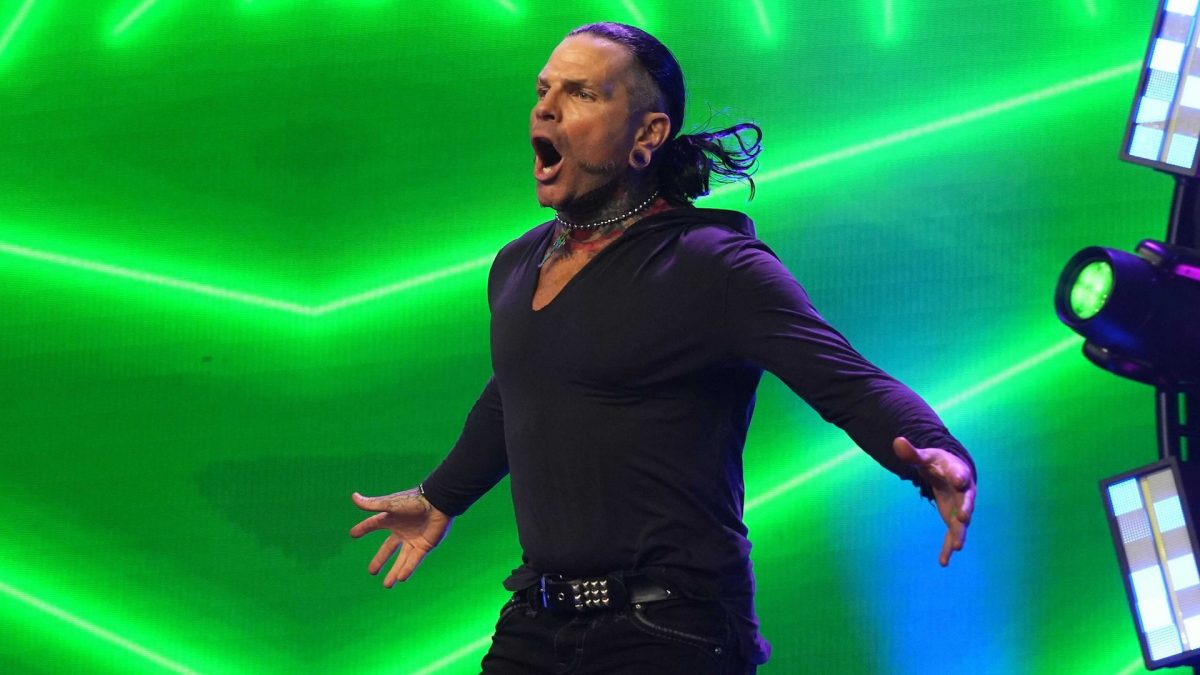 A recent episode of The Extreme Life of Matt Hardy podcast had Jeff Hardy as the guest. One of the topics discussed included Hardy’s thoughts on his WWE house show incident this past December that led to his departure from WWE.

“Certain things happen for a reason. Subconsciously, that was maybe the smartest thing I’ve ever done, guided by something higher than me, I’ll say. WWE was so strange, I had been there for almost two years. After I came back from knee surgery, another strange thing about our careers, when Matt debuted in AEW, the pandemic had hit, in front of nobody, he teleported down from the nosebleeds. I was supposed to [return] in Detroit in front of 20,000 people, I came back from knee surgery in front of nobody. I came back from surgery, Matt debuted in front of nothing because of the pandemic. It was weird. The best way I can describe my journey the last few months in WWE was like ‘glimmers of hope, maybe I still do have something.'”

Hardy also stated that his last “glimmer of hope” during his time in WWE was at this past November’s Survivor Series 2021 event in Brooklyn, New York.

“The last glimmer of hope was Survivor Series, which was really good. It came down to me and Seth Rollins, I was killing it, almost won and the crowd was so behind me. I felt like one of the most popular babyfaces in WWE because the crowd was so with me. Then there were other times where I felt like a ghost, roaming the halls like, ‘why am I even here? I don’t feel important.’ I kept doing my deal and would show up and do whatever they wanted me to do. I’ve never been a politicker so I don’t go out of my way to try and get a certain spot or achieve a certain status. That night in Edinburg, Texas, I finished my heat, I took the heat, and I said, ‘I’m ready to go.’ Went over the rail, disappeared into the crowd. Naturally, they think I took something like drugs or whatever, but I didn’t. If I was that bad, I should have never went out there, that’s the way I see it. I thought, ‘Just another unpredictable thing I can do and I’ll get away with it.’ It was more serious than that.

Again, it was one of the smartest things I’ve ever done because everything worked out so perfectly, mainly because my first day in AEW, I felt valuable for the first time. The care and love I was shown, I got chills thinking about it. In WWE, it felt like they just wanted to keep me there to sell action figures. I put so much love and joy in painting my face, when I see it come out and immortalized in an action figure, I’m like, ‘that’s why it do this, it’s so cool.’ That’s one thing I’m super excited about in AEW, my first action figure with the face paint.”

Hardy also stated that his walk out during WWE’s house show event this past December was not him trying to intentionally get released from the company.

“It felt right in the moment. I wasn’t trying to get released. Just thinking about Survivor Series and how fun that was, the connection with the crowd and they wanted me to win so bad, it made me think back to SummerSlam, it was a big crowd, and I was just there all day for nothing like, ‘Why am I even here?’ I was so excited to be a part of it, some little spot or something, but I wasn’t even involved. ‘Why am I even here?’ Not just SummerSlam, but, ‘Why am I still here in WWE? What’s my purpose?’ because it didn’t feel like I had much of one.”

Hardy also gave his thoughts about WWE enticing him with a spot in their Hall of Fame to try to sign him back under a Legends type deal and prevent him from signing with AEW.

“It felt completely wrong. It didn’t feel like the time at all. I almost felt offended. I was very emotional and almost felt offended. Like, ‘What? Wait. After my 90 days is up and the Hall of Fame is in April and I do go to AEW, how is that going to work? What are y’all trying to hit me with if I do sign with AEW when I’m free and me going to the Hall of Fame, how would that work?’ My mind and emotion went crazy and I was in tears. This is my career. I know I’ve been a very influential person to a lot of young and misunderstood individuals, but it felt so wrong. It almost felt like, ‘How dare you’ in a sense. I know that sounds crazy. You get offered Hall of Fame and it’s like, ‘Oh, of course, I’m a Hall of Famer.’ It’s never really meant that much to me, the Hall of Fame, whatever it is, but it’s just not time for that. That’s why I was like, ‘It’s a hard no.’ Especially because it feels like something Matt and I should go in together, as the Hardy Boyz, when the time is right. It’s just weird. I still don’t know how I feel about that, overall, it just felt so wrong. Maybe I should have said, ‘What if I’m in AEW at the time of the Hall of Fame?”