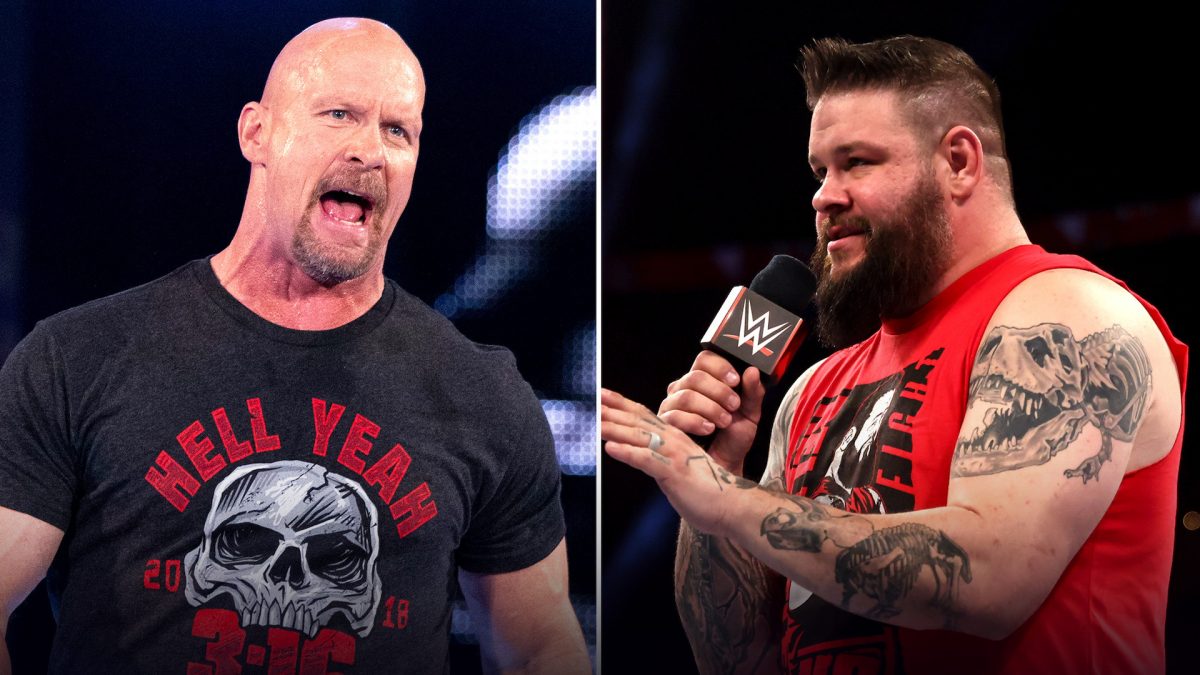 19 years ago, I wrestled my last match in a WWE ring. After three Rock Bottoms, 1-2-3, I lost the match. And for 19 years, I’ve had to live with that defeat, knowing my time was up.

Kevin Owens, I want to thank you. I want to thank you for waking something up deep inside me that I’ve kept buried for 19 years. Ever since you started running that damn mealy mouth of yours, talking about the state of Texas, the great state of Texas, you’ve gotten my attention. And why would you wanna do that, Kevin? I can think of two reasons. One, you are one dumb son of a bitch! And two, you are fixin’ to get your ass kicked by Stone Cold Steve Austin.

Whether you wanna call this the KO Show, a match, a fight, a brawl, whatever, I will guarantee you this. In Dallas, Texas, where I started my career, at WrestleMania, Stone Cold Steve Austin is gonna open up one last can of whoop ass on you, Kevin Owens! And that’s the bottom line, cause Stone Cold said so.