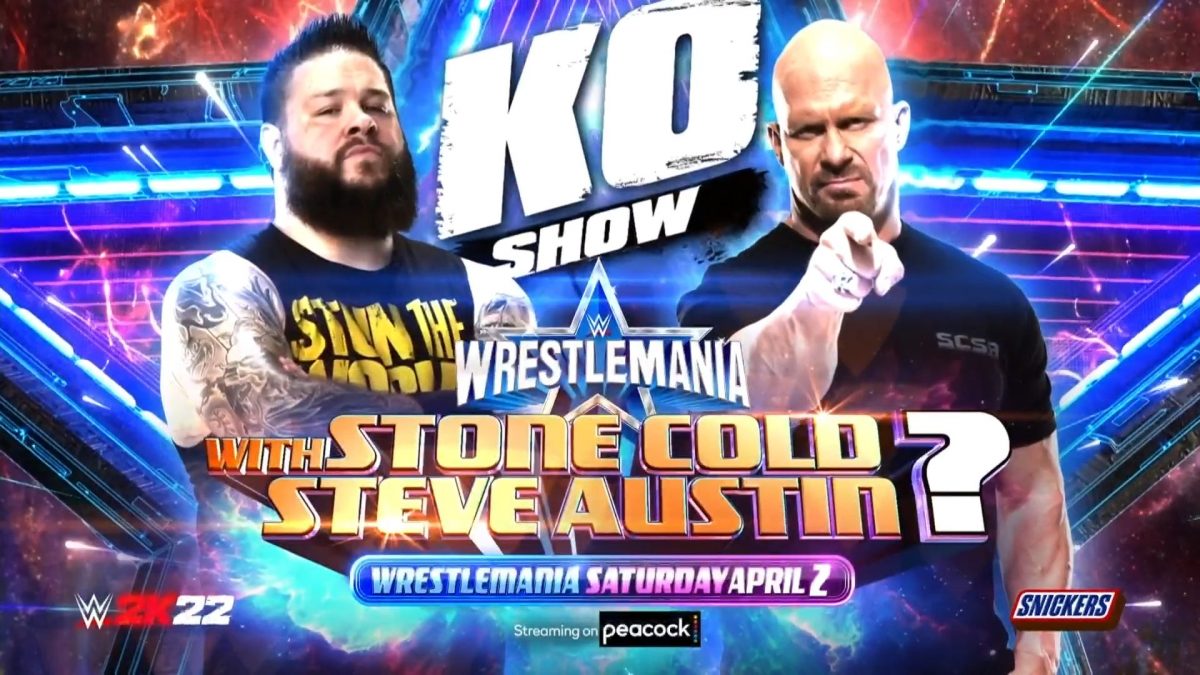 It appears that as of now, Stone Cold Steve Austin won’t be wrestling at WrestleMania this year, but he’ll at least be appearing in a “KO Show” segment with Kevin Owens on the PPV.

Owens called out Austin tonight on Raw, inviting him to a KO Show segment at WrestleMania and saying that he’s going to leave him laying with a Stunner.

WWE then showed a graphic promoting the “KO Show With Stone Cold Steve Austin?” for night one of WrestleMania, which all but guarantees that he’s going to be there.

Last month, it was reported that WWE was reaching out to Austin to make an in-ring return in a match against Owens at WrestleMania, but as of now, there’s no indication that Austin has agreed to wrestle. Over the weekend, Dave Meltzer reported that on WWE’s internal lineup, Austin was now listed for a “confrontation” rather than a match.

Update: WWE said that Austin will respond to Owens on Tuesday at 12 PM ET.

BREAKING NEWS: @steveaustinBSR will respond to the #WrestleMania invitation from @FightOwensFight at 12pm ET.