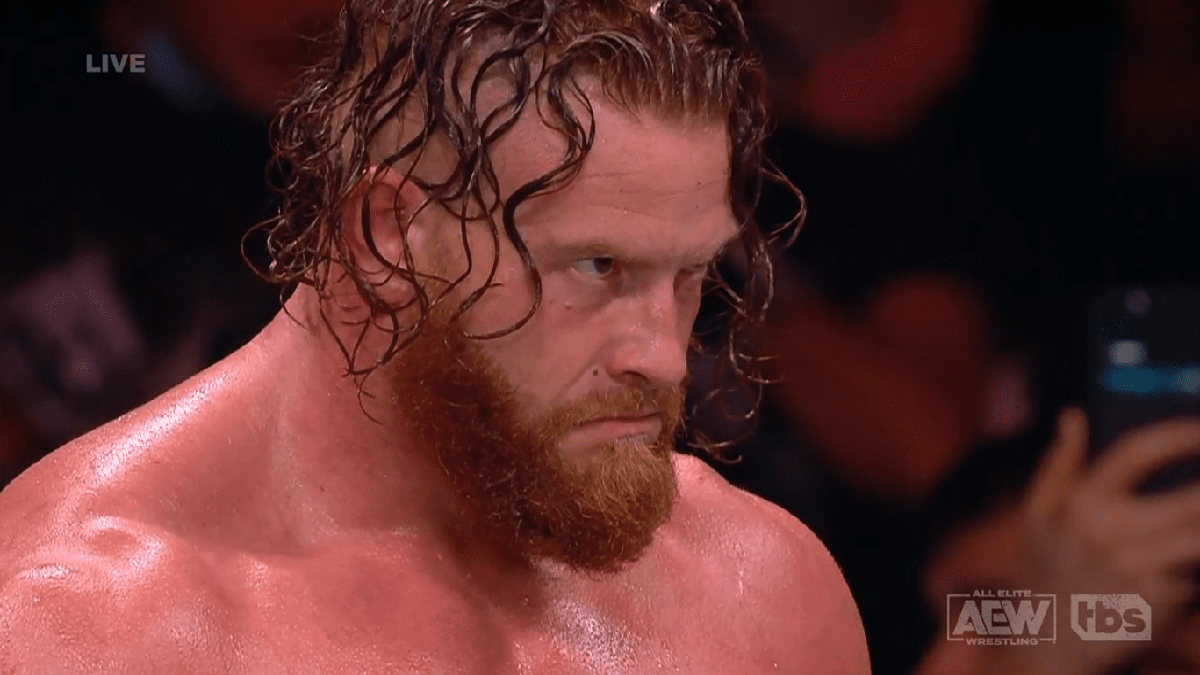 As noted before, Buddy Matthews (former Buddy Murphy in WWE) made his official debut for AEW during this past Wednesday’s episode of AEW Dynamite in Bridgeport, Connecticut.

Fightful Select reported that their sources stated that Matthews had been in talks with AEW officials regarding a potential contract with the company as far back as this past Fall.

In regards to his debut, Matthews reportedly made a good first impression backstage when he arrived, especially after nixing a planned spot for his debut once he learned it would have required him to do a finishing move currently used by another AEW talent.

In regards to AEW’s locker room, it was reported that several talent had learned beforehand that Matthews would be joining the company and would be revealed as the newest member of Malakai Black’s House of Black stable.

Chris Jericho Comments on Future of His Wrestling Career

A recent episode of Fite In Focus had Chris Jericho as the guest. One of the topics discussed included Jericho’s thoughts on if he has any remaining goals left in his career and the future of his wrestling career.

“I don’t have a list. I just know this, probably about 2016, I thought, ‘Maybe it’s time to start winding down.’ It wasn’t as fun. Then I went to Japan, Jericho vs. Omega, ‘Holy shit, this is amazing. Wrestling is fun again.’ That re-ignited my passion and fire for wrestling. Over the last year and a half, you read the room, what are people saying, what are they thinking, what am I thinking? I realized you cannot teach experience and you cannot teach fan manipulation. Nobody does that better than me. That inspired me, creatively, and makes me more passionate and makes me realize that I’m not going anywhere. There is no reason to. I’m still one of the best in the business at what I do; telling stories and crowd manipulation. I can still have a great match any night of the week, I can have the best match on the show. Not every night, but some nights. I can always have the best story, the best character, the best ‘puppet mastering’ of the audience than anybody in our company and maybe the business. That, to me, tells me I’m not anywhere close to being done yet. When I’m done, there’s not going to be a retirement tour, there’s not going to be big pomp and circumstance. I’ll be done. I’ll go somewhere else and do what I want to do. Right now, I’m in the best shape of my life, we have a really good story going on with Eddie Kingston that has a lot of layers to come. To me, that’s enough to sit back and enjoy myself. When I’m enjoying myself, there’s no reason to change anything.”

New Japan Pro Wrestling recently announced that they pulled Kota Ibushi and Hiroyoshi Tenzan from their upcoming New Japan Cup 2022 tournament due to injury related issues. It was announced that Ibushi’s removal was due to concerns over his health status throughout the tournament while Tenzan is currently recovering from a recent knee injury. Ibushi and Tenzan had also been pulled from NJPW’s 50th Anniversary Event that was held earlier today in Tokyo, Japan.

Lucha Blog reported that AEW talent Tay Conti will be making an appearance for Lucha Libre AAA at their March 26th television tapings in Tijuana, Mexico.

Major League wrestling announced that they recently signed lucha wrestler Microman to an official multi-year contract with the company.

Indie wrestler Alex Zayne reportedly suffered and underwent successful surgery for a ruptured globe injury at Game Changer Wrestling’s The Coldest Winter event this past Saturday in Los Angeles, California, according to the Wrestling Observer. Zayne was competing in a death match against Jimmy Llyod and suffered the injury following a spot where Zayne went through a glass panel. Besides the eye injury, Zayne also suffered lacerations to his right arm, which required stitches to be closed.

GCW recently announced a new match for the card of their Joey Janela’s Spring Break 6 event in March 31st in Dallas, Texas:

Revolution Pro Wrestling recently announced a new match for the card of their Epic Encounters 2022 event on May 22nd in London, England: