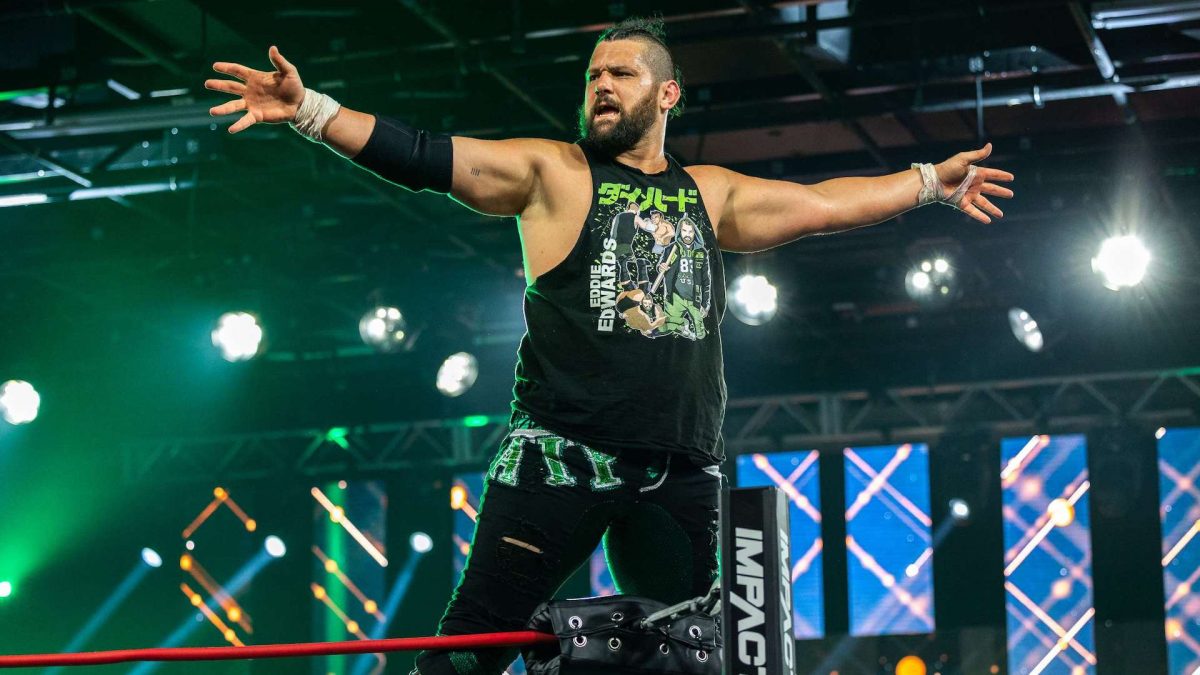 It was reported that Impact officials confirmed that Edwards will be staying in the company for the foreseeable future but did not reveal any other details regarding Edwards’ new deal.

Edwards himself confirmed that he had signed a new deal during his recent interview with Sports Illustrated.

“I’ve been here for almost eight years, and I’ve done a lot. And there is still a lot more for me to prove.”

Edwards also gave his thoughts about his recent heel turn and current storyline with Honor No More in Impact.

“Originally, I had planned to do more tagging with Sami Callihan, but he got hurt so that changed what I was doing.It was time for a change, and this is my opportunity to step outside my comfort zone. So let’s see what we can do. When ROH changed [its structure, announcing that all talent would be released from their contracts], I wanted every one of them to come to Impact. This group is really, really talented. They’re going to show why it was a mistake to let them slip away.”

Next week’s episode of AEW Rampage reportedly will be preempted to a later time slot, according to PWInsider.

Johnson also reported that this starting time is entirely dependent on that night’s college basketball game ending on time and could be pushed back to an even later start time should the game go on longer than scheduled.

FTR recently announced on Twitter that they are currently accepting select indie bookings as part of their current plans to build up their legacy as tag team.

During a recent interview with the Busted Open Radio podcast, Gail Kim revealed that Impact Wrestling recently hired former TNA/Impact talent Christy Hemme to work in a backstage role for the company.

The National Wrestling Alliance recently announced that legendary announcer David Crockett will be making an appearance for the company at their Crockett Cup 2022 events on March 19-20 in Nashville, Tennessee.

Game Changer Wrestling recently announced a new match for the card of their Paranoid event on April 9th in Los Angeles, California:

Impact Wrestling recently announced two new matches for the card of their Multiverse of Matches event on April 1st in Garland, Texas: