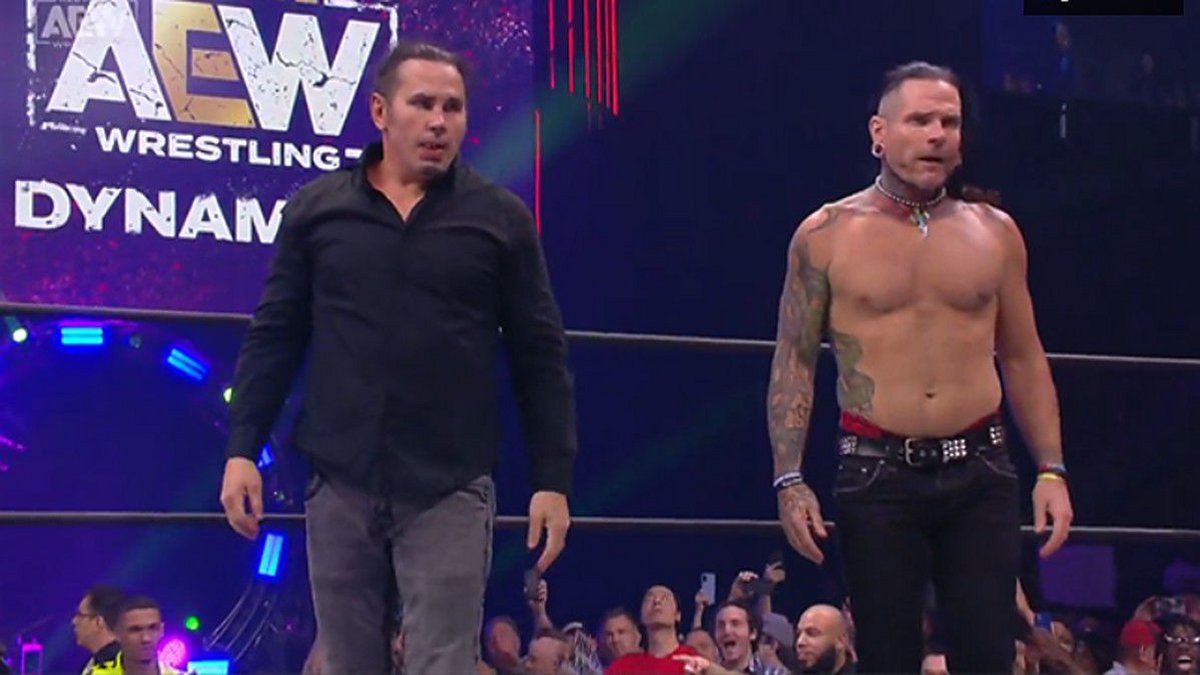 Jeff Hardy Comments on His Signing with AEW

This past Wednesday’s episode of AEW Dynamite featured the official AEW debut of Jeff Hardy. Hardy made his surprise debut during the AHFO meeting segment which involved his brother Matt being kicked out of the group and attacked as punishment. Hardy, Sting, and Darby Allin all came to the aid of Matt.

Hardy was the guest at a recent virtual signing event for Signed By Superstars and one of the topics discussed included his thoughts on his official signing and debut in AEW.

“It was great. It’s always nerve-racking to appear in a new world. After I went out there and felt the energy of the people. It felt extremely right … Definitely teaming with Matt again. This last run is going to be the best one.”

Hardy also gave his thoughts about the potential of a singles run in the company and the possibility of AEW getting the rights to other theme songs from his career.

“Possibly bringing ‘Another Me’ back from TNA. What would be really cool is if they could get the rights to ‘No More Words’ because I was really excited to come out to that for when (Matt & I) aren’t teaming.”

The Nightmare Factory recently announced on Instagram that they have postponed their scheduled April training camp to a new date of Summer 2022 due to unforeseen circumstances.

During a recent interview with the Iron-On Wrestling podcast, indie talent Atticus Cogar revealed that he recently left Game Changer Wrestling due to mental health issues and his issues over management and direction of the company in recent months. (Transcript h/t: Fightful.com)

Joey Janela announced that Maven will be making an appearance for GCW at their Joey Janela’s Spring Break 6 Part 2 event on April 2nd in Dallas, Texas.

Major League Wrestling announced that their next Battle Riot event, Battle Riot IV, will be taking place on June 23rd at the Melrose Ballroom in New York City, New York.

MLW recently announced two new matches for the card of their Azteca Underground event on April 1st in Dallas, Texas:

DEFY Wrestling recently announced a new match for the card of their On Edge event on March 26th in Portland, Oregon:

AJ Gray recently announced a new match for GCW’s For The Culture 2022 event on April 1st in Dallas, Texas:

Impact Wrestling recently announced a new match for the card of their Multiverse of Matches event on April 1st in Garland, Texas: