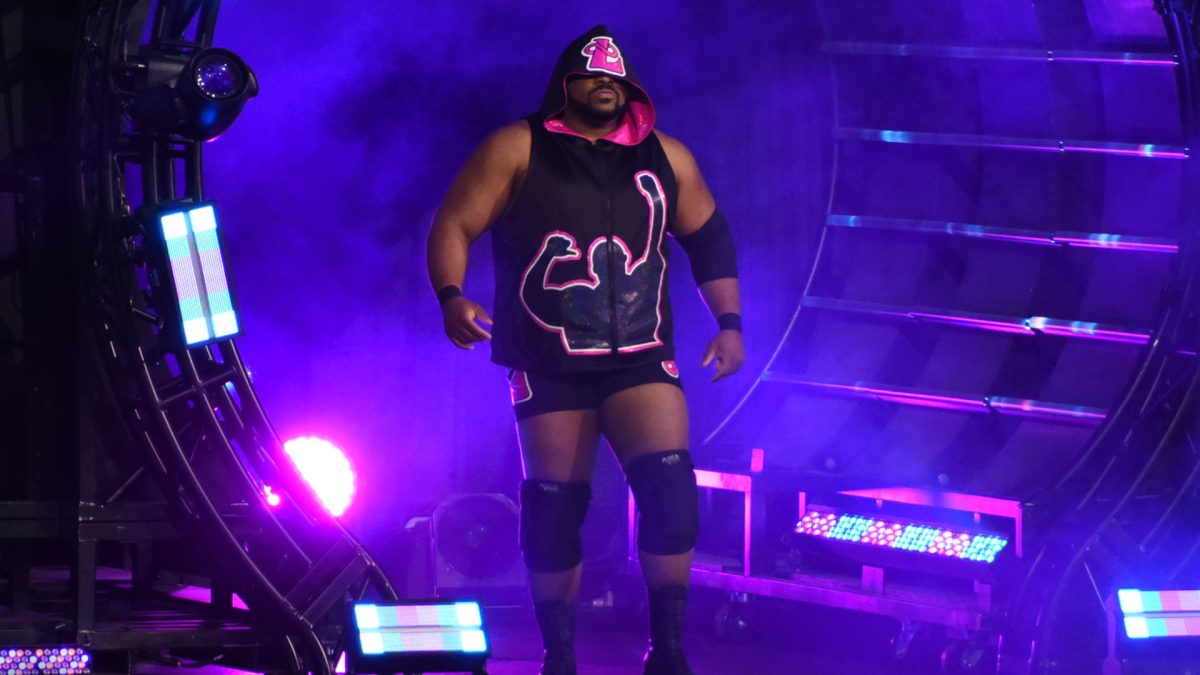 Keith Lee Comments on His Recent Signing with AEW

Bleacher Report held a recent interview with Keith Lee. One of the topics discussed included Lee revealing his reasons for why he decided to sign with AEW.

“I think that it was quite a simple decision. Not only for business’ sake, but there’s a lot of people there that I know. And I have a lot of friends and associates that I’m just comfortable with. But more important than any of that was that I had a couple of very laid-back, chill meetings with Tony [Khan]. We just kind of hung out and shot the breeze. I like him as a person and so to me, a relationship built that way kind of helps me trust a little better. And it helped me in that decision as well.”

Lee also gave his thoughts about if he is also currently interested in working for other companies on the side.

“It’s hard to say because my deal is very exclusive to AEW, and for good reason. But, you know, if something came up, that was beneficial for both myself and the company, and also for the potential collaborative companies, maybe I will consider it. The only thing that really comes to mind as a place that I would just want to go, and this is where I was originally going to go before I ever went to the other company, and that’s Japan. But even then, it really comes down to what’s beneficial, because the exclusivity of what I signed is pretty tight.”

As noted before, former MMA fighter and WWE talent Cain Velasquez was arrested this past Monday following an alleged shooting incident in San Jose, California. This incident revolved around Velasquez allegedly attempting to murder a man who had been charged with molested a close relative of Velasquez. TMZ reported that Velasquez was formerly hit with ten charges by a court this past Wednesday, which include first degree attempted murder, multiple counts of assault with a deadly weapon, and shooting an occupied motor vehicle. It was reported that Velasquez is currently facing the possibility of up to seventy years in prison if convicted of his criminal charges.

Former wrestler and WWE Hall of Famer Scott Hall reportedly was hospitalized earlier this week due to a falling incident that resulted in Hall suffering a broken hip, according to PWInsider.

AEW talent Ethan Page recently announced on Twitter that he will be officially moving to the United States this April.

The National Wrestling Alliance recently announced that Jeff Jarrett will be the special guest referee for the NWA Worlds Heavyweight Championship match between Nick Aldis and champion Matt Cardona at their Crockett Cup 2022 Night 2 event on March 20thh in Nashville, Tennessee.

Gringo Loco recently announced a new match for the card of GCW’s Gringo Loco’s The Wrld on Lucha event on April 1st in Dallas, Texas:

Impact Wrestling announced a new match for the card of their Multiverse of Matches event on April 1st in Garland, Texas:

Impact also announced three new matches for the card of their Sacrifice 2022 event on March 5th in Louisville, Kentucky: