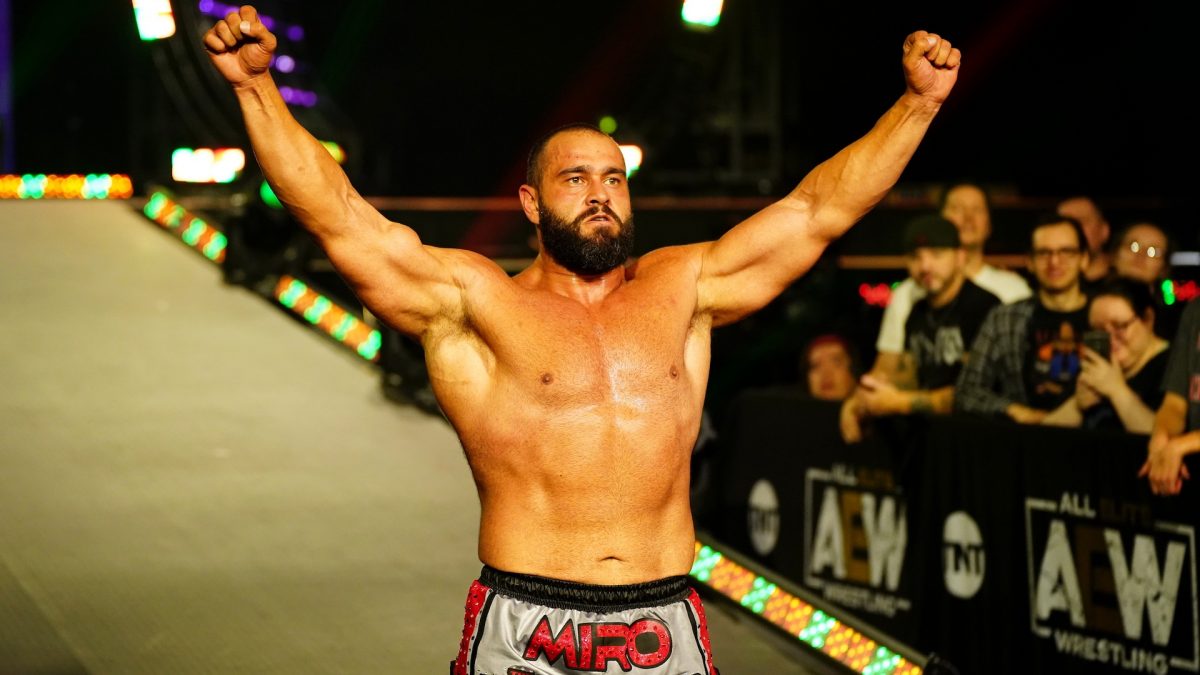 As noted before, Miro has been out of action for AEW since this past November due a hamstring injury. During Miro’s time away rehabbing from his injury, he signed a new four year contract extension keeping him in AEW until 2026.

Miro recently stated on Instagram that he is currently living in Brooklyn, New York for the next few weeks for the filming of a pilot for a potential new television series. Miro stated:

“Living in Brooklyn for couple of weeks. Very excited about shooting this great pilot!!! Meet Nikolai Dushkin….. and pickles, of course.”

In regards to this potential new series, 411Mania.com reported that Miro’s IMDB page revealed that this new series is called “East New York” and is being filmed for CBS.

PWInsider held a recent interview with FTR’s Dax Harwood and Cash Wheeler. One of the topics discussed included FTR’s thoughts about their upcoming match against The Briscoes at Ring of Honor’s Supercard of Honor XV event this Friday in Dallas, Texas.

Dax Harwood – “I don’t know if you would call them promos. You know, it wasn’t any kind of promotional material from any team. I think that underneath it all both teams feel that they are the best in the world. That’s a great marketing tool but I don’t think it’s marketing. I think they think they’re the greatest team maybe of all time and of course, myself and Cash think we’re the greatest team of all time. But to finally have this match, it does mean a lot to us because we are the only tag team in professional wrestling right now that has wrestled the greatest teams of this era, and I’m talking about the New Day, Usos, DIY American Alpha all the way to SCU, Young Bucks, Hardy Boys and now to cap it off, it’s goning to be the Briscoes. I don’t think there’s another tag team in the world that can say they’ve faced that caliber of talent and so, Supercard of Honor, I know that we have something to prove to the Briscoe Brothers and I’m sure they have something to prove to us but ultimately, both teams, all 4 men have something to prove to the audience, and that is we are the best – Cash and I are the best.”

Wheeler – “But playing off what he said, they weren’t promos, per se, we weren’t communicating with those guys beforehand, we don’t know what they’re going to say, they don’t know what we’re going to say, we don’t know when we’re going to respond even. For a while you know, we were just not going to. We would go go back and forth a little bit on Twitter, but I think part of the draw for this match, besides the obvious reasons of ,you know, the longevity that each team has had, especially the Briscoes and their history in ROH, but it’s just the unpredictability of this right here because…maybe I’m wrong here, but I have this feeling the fans hold each team in a certain regard and that’s part of the anticipation because they respect what the 4 of us can do, and they think that together we can make magic. I’m hoping they’re right but I think that’s made a lot of anticipation, like a little more amplified because no one knows if it’s going happen even, cause for the longest time, we weren’t sure. We were just hoping and we were trying. We were doing anything we could to kind of keep the idea out there alive, trying to keep this little flame, this little ember going. And up until the moment we were told it’s actually going to happen, even up until now I don’t think I fully believe it because it’s been so long…I won’t go in behind the scenes too much, but the yes’ and the no’s and the where’s and the when’s but all that has changed so many times, I didn’t think it was ever going to happen, we had to kind of resign ourselves to the fact that, not in the near future, so for it  to be happening this Friday in Dallas, like on a card like SuperCard of Honor, I’m going to just say, holy sh*t.”

Trademarks for “Elton Prince” and “Kit Wilson” were also filed by WWE on March 25th for wrestling and entertainment-related purposes.